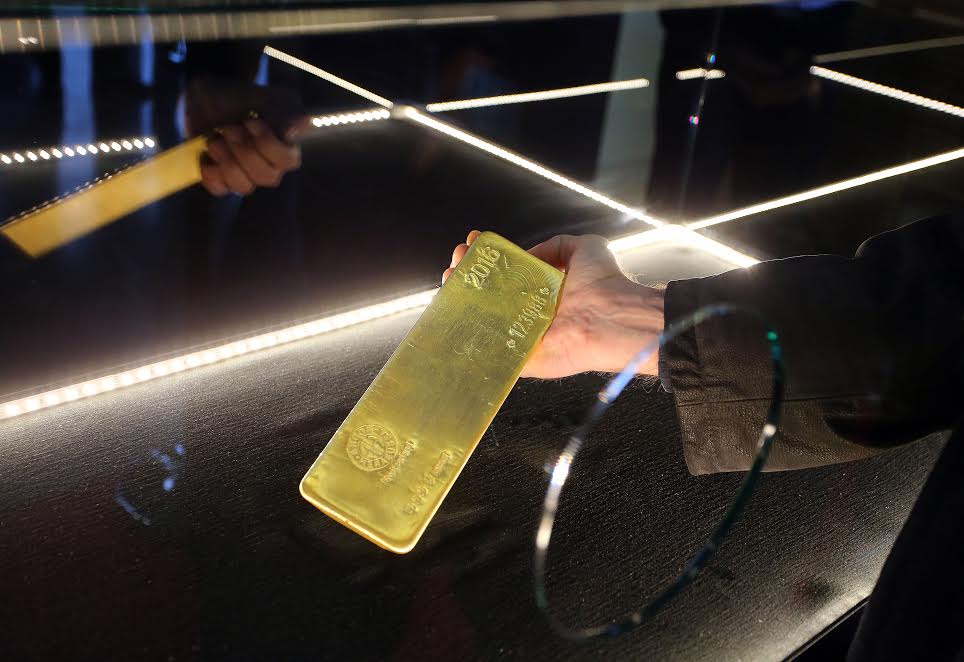 For the first time in Croatia a gold bullion weighing 12.44 kg and valued at 500,000 euros has been presented.

On Tuesday the gold bar was presented at the offices of gold traders Moro & Kunst in the capital Zagreb.

The 12.44 kg gold bullion will be exhibited for the public to see in the foyer of the offices at Eurotower until 3 pm on Tuesday 13 December.

The gold bullion presented in Zagreb

According to the World Council of Gold, Croatia does not have its own gold reserves, while a number of the world powers have a significant percentage of cash reserves kept precisely in gold.

Gold bullion – London Good Delivery Bar approved – is generally the only precious metal traded on leading international markets. The weight of the bar which is being seen for the first time in Croatia, is 400 ounces of gold or a weight of 12.44 kgs.