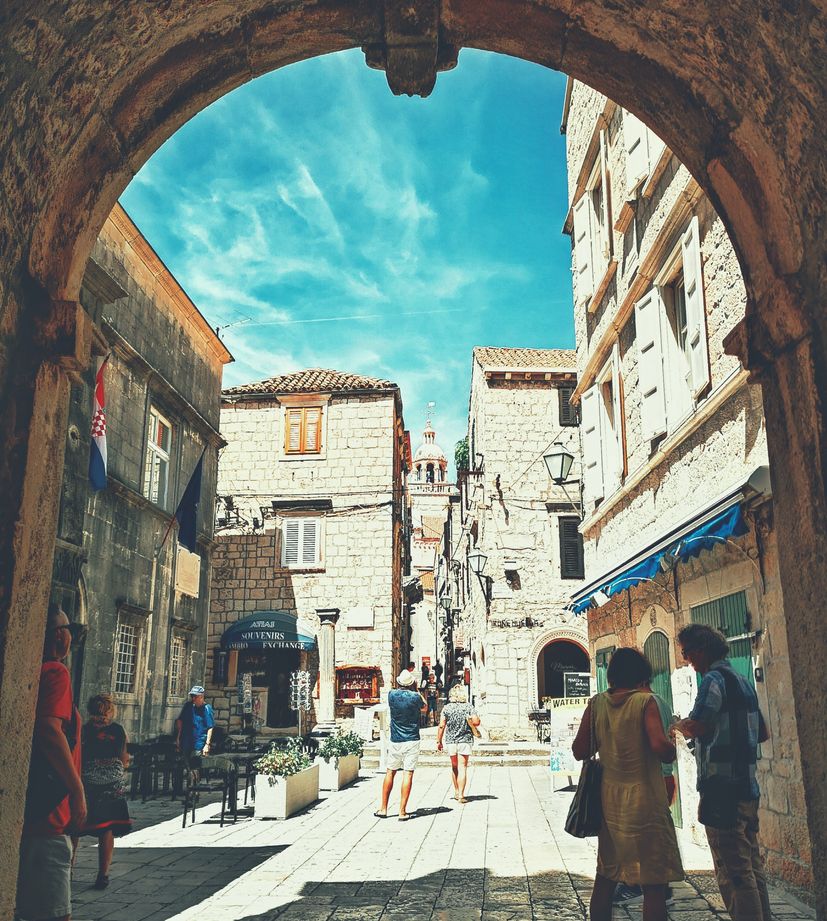 ZAGREB, June 14 (Hina) – Tourism Minister Gari Cappelli said on Sunday the number of tourists was rising by the day and that 115,000 were currently staying in Croatia, about 20% of their number at the same time last year, and that Istria, Primorje-Gorski Kotar and Zadar were the most visited counties.

Tourists are also visiting the continental counties, generating 50% of the turnover from the same time last year, Pozega-Slavonia County even 61%.

This year’s tourism revenue is expected to be 30-35% of last year’s, Istria and Primorje-Gorski Kotar counties expect it to be up to 40%, with the latter generating 21% of arrivals and 29% of nights year on year now.

Speaking at a press conference in Opatija, Cappelli said 188,000 tourists stayed in Croatia on June 1-13, generating a million nights, and that this year so far saw 20% of arrivals and 24% of nights in comparison with the first half of 2019.

Forty-five percent of the tourists staying in Croatia are domestic, 34% come from Slovenia, 15% from Germany, 12% from Austria, and the Czech Republic. The top destinations are Rovinj, Vir, Mali Losinj, Medulin, and Krk.

Over the past 24 hours, about 20,000 tourists have entered Croatia, Cappelli said, adding that Germany was opening its borders tonight and that its nationals would not have to self-isolate after returning home.

Austria and Hungary are next, he said, adding that the most important markets in Central Europe were expected to reopen after June 15.

Bookings for July 10 and afterward are considerably rising, there are no more cancellations, spending is rising, mostly in campsites, private accommodation and hotels, the minister said.

He said yachts worth €1 billion were currently docked in Rijeka and Mali Losinj. He explained that a large number of them were pulling out of some ports and coming to Croatia.

Cappelli said 73% of the tourists in campsites were staying in four-star ones, that 51% of those in hotels were staying in five-star hotels, and that demand for the most expensive accommodation was higher and higher.

Asked about Italian tourists, he said they were announcing their arrivals as well as entering Croatia, that those owning houses or vessels in Croatia were coming, and that 2,000 Italians arrived last weekend.

The minister said air routes to Dubrovnik were being arranged, that Ryanair flights to Zadar would probably be co-financed, that flights to Krk from Duesseldorf and Hamburg would start next week, that trains from the Czech Republic would arrive three times a week, possibly four, and that 10,000 passengers had been announced.

Guests from Bosnia and Herzegovina, Serbia, and Israel are important too, he said, adding that the arrival of tourists from China and South Korea would be discussed in early September.

Asked about risks related to COVID-19, he said everything was being balanced, that good organisation was important, and that Croatia’s healthcare system deserved a lot of the credit for the good epidemiological situation.

He said tourist surgeries would be opened, that there was a risk but that it was important to adhere to the protocol defined by the national COVID-19 crisis management team.