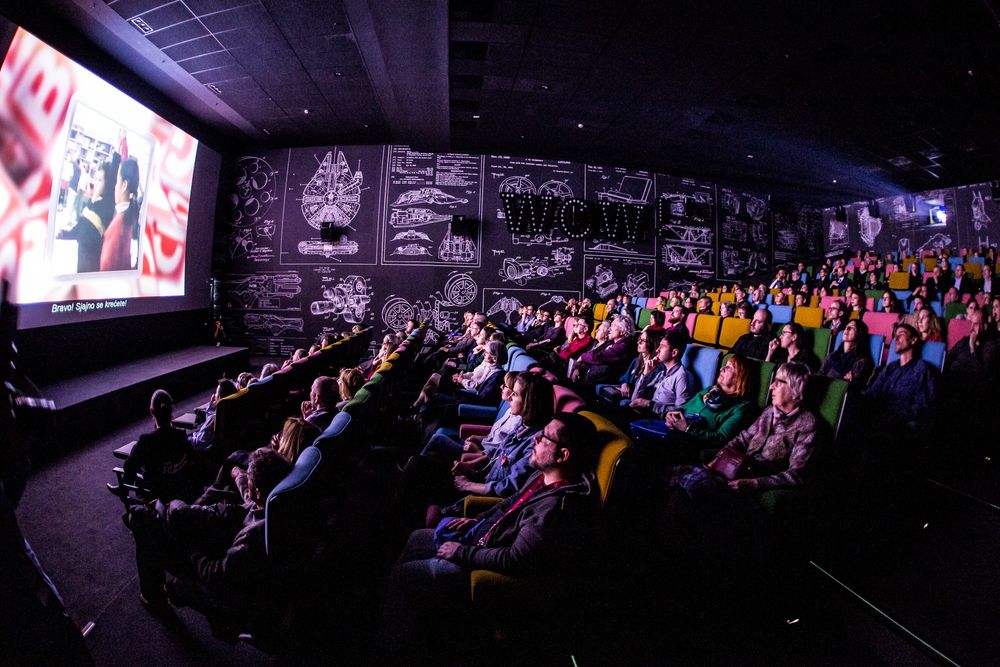 Over the course of eight days, for the 16th time in a row the audience will get a chance to see over a hundred documentaries and discover stories that need to be told, examine issues of pertaining interest and find a new outlook on problems and solutions we need to be able to function in our time.

One of the new programme sections is Eco Dox, featuring four documentaries that in different ways point to the consequences of the global environmental crisis such as endangered animal species, air pollution, soil pollution, but also illustrate examples of innovative models of survival in areas struck by the crisis.

National Geographic’s thrilling documentary Sea of Shadows by the acclaimed Austrian director and cinematographer Richard Ladkani speaks about the disaster threatening the Baja California waters, today home to only 15 vaquita porpoises. This endemic whale species, one of the most endangered mammals in the world, is a collateral victim of extensive poaching for the so-called cocaine of the sea by the Mexican and Chinese mafia – the totoaba fish, whose bladder is worth incredible sums on the black market and is used for medical purposes and as a gourmet specialty. Hollywood’s ardent eco-fighter Leonardo Di Caprio is the producer of this title, the audience award winner at Sundance, and the film confirmed the director’s status of a ‘docu-thriller’ master.

The Chinese city of Lengfang, haplessly crowned one of the worst air pollution cities in the world, is the scene of Smog Town by Chinese director Meng Han. It is a case study about a fight against an issue becoming more and more frequent in our areas as well, and illustrates one of the crucial issues environmental activists and organisations constantly meet: how to set environment as a priority over global capital forces and the imperative of economic growth.

The documentary You Think the Earth is a Dead Thing by the French artist, director and photographer Florence Lazar speaks about the issue that befell the population on the Caribbean island of Martinique – the devastating consequences of pesticides in banana plantations covering one fourth of their country. Local farmers fight the problem with ancient knowledge and practices, using medicinal herbs and unprocessed soil to grow authentic vegetables without industrial pesticides. Lively conversations in the field take it in turns with poetic island greenery scenes, revealing the cause of the problem: banana clusters wrapped in plastic.

An optimistic story as a consequence of the crisis is the focus of the film When Tomatoes Met Wagner by Mariana Economou, set in an isolated village in Central Greece. Two farmers set out on an unusual endeavour: with the help of Richard Wagner’s classical compositions, which they believe stimulate the growth of fruits, they grow tomatoes from authentic seed kept for hundreds of years. This film about a small manufacture managing to find a way to the international food market has won the FIPRESCI award at the Documentary Film Festival in Thessaloniki, and as the official Greek Oscar candidate it is one of the rare documentaries running in the best international film category.

Several titles from other sections of this year’s ZagrebDox also focus on environmental issues in different ways: in regional competition we will be watching films about the possibility to achieve a harmonious coexistence with nature. The everyday life of two old ladies on the isolated hillsides of Eastern Bosnia, filled with local cultural heritage and rituals revealing the deeply ingrained values of life in harmony with nature, is the focus of the poetic film Then Comes the Evening by Maja Novaković. The Italian duo of directors Damiano Giacomelli and Lorenzo Raponi in Siddharta tell the story of a father and son who ditched the benefits of modern civilisation to settle in a distant Italian village, and the documentary Acasa, My Home by Radu Ciorniciuc acquaints us with a family living in perfect harmony with nature on the Danube estuary, not far from the bustling Bucharest.

One of the films in the Biography Dox section, the vibrant piece Nothing Fancy: Diana Kennedy by Elizabeth Carroll, follows the dynamic life story of the protagonist, the famous chef whose lifelong passion for traditional Mexican cuisine is inextricably linked to dedicated ecologically sustainable habits. The Controversial Dox section, this year gathering a series of intriguing titles of unconventional filmmaking approach, is presenting Forum by the award-winning German director Marcus Vetter, the first ever filmmaker to be granted access to strictly confidential sessions of the World Economic Forum, where several global powerhouses make decisions about the global future.