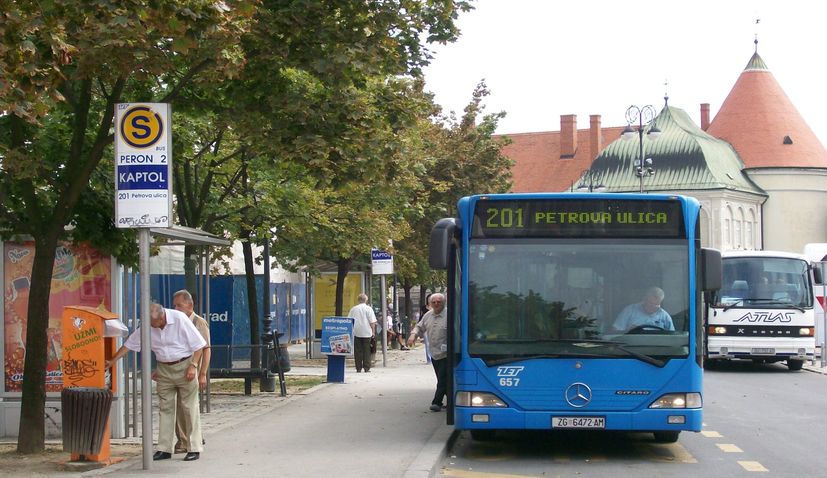 ZAGREB, 5 March (Hina) – Zagreb should in two to three years get its first 20 fuel cell buses in public transport, an investment worth €25 million, it was announced on Thursday at the signing of a cooperation agreement between INA and the City of Zagreb on the introduction of hydrogen in public city transport.

President of the Management Board at the ZET city transportation company, Ljuba Romčević-Žgela, said that the agreement was between the City of Zagreb and Ina, as well as the City and ZET, on further investments in alternative fuels, that is, the purchase of hydrogen buses.

The signatories of the agreement have undertaken to invest in alternative fuels. More specifically, it is about the procurement of 20 hydrogen fuel cell buses, and the construction of a hydrogen fuelling station at ZET’s depot in Podsused is also planned.

Žgela expects that the project will be implemented in the next two to three years, with the first year being spent on the preparation of technical documentation.

Head of City Office for Economy, Energy and Environment Protection, Mirka Jozić, underscored that this was the first project to start mass application of hydrogen in Zagreb and Croatia.

“We are creating a new market for this energy source of the future. The estimated value of 20 hydrogen buses and supporting infrastructure is €25 million, and this will be financed by non-repayable EU funds,” she said.

According to her, ZET’s bus fleet today consists of 441 buses with an average age of 10.9, which cover a total of 29 million kilometres a year. Over the past few years, she said, the fleet has been modernised, so a good number of buses run on gas.

INA Management Board member Niko Dalić said that hydrogen was a clean fuel, with no harmful gases, and that hydrogen vehicles did not make noise. He is satisfied that ZET and Zagreb have recognised the advantage of hydrogen.