ZAGREB, 28 September 2020 – Manduševac Fountain, one of the symbols of the city of Zagreb located on Ban Jelačić square, has changed over history. Built above a natural spring, the fountain was a source of drinking water for centuries for locals.

According to the legend, the name of the fountain and the city of Zagreb is connected. When a Croatian war leader returned from battle tired and thirsty, he asked a beautiful girl Manda to scoop up some water from the spring for him.

“Mando, dušo, zagrabi vode,” he said. Manduševac was then named after Manda and the name of the city came from the Croatian word for ‘scoop’ which is ‘zagrabiti’, so the legend goes. A sketch of Manda from Zagreb (Image: Krunomir Dvorski/CC BY-SA 3.0)

Last week, the project “Thirsty City” was presented. Implemented by the Goethe-Institute in collaboration with the “1 percent for the city” platform, their goal is to return free drinking water to Manduševac Fountain.

“Free drinking water was available here (from the fountain) for centuries. It was evoked in 1987,” Saša Šimpraga from Thirsty City told HRT.

In many cities, citizens can cool off and quench their thirst at fountains, but not on Manduševac. That is why the project suggests that pipes from which drinking water would flow be placed in some of the pillars that hold the chains today. 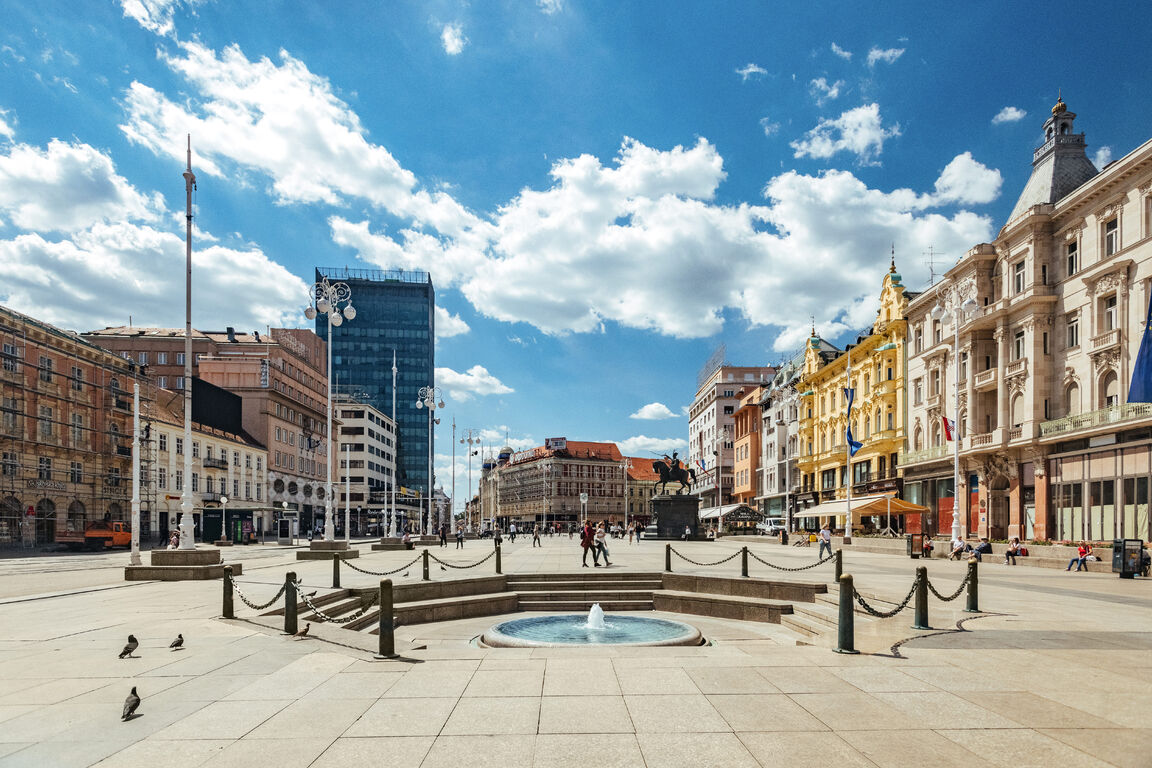 The project says that drinking water in public space is not only a matter of civilisation standard but also the urban tradition of Zagreb and that is why they want to remind of the importance of the availability of drinking water, from a well, spring, fountain, or faucet.

“The goal of ecological sustainability is not to buy water in bottles, but to make it available to citizens, individually, it is actually a human right and basic need,” says Hrvoje Risler from the Goethe-Institute Croatia. The project of returning Manduševac to its century-old role has the support of the public because drinking water is a common good and should be available to everyone.