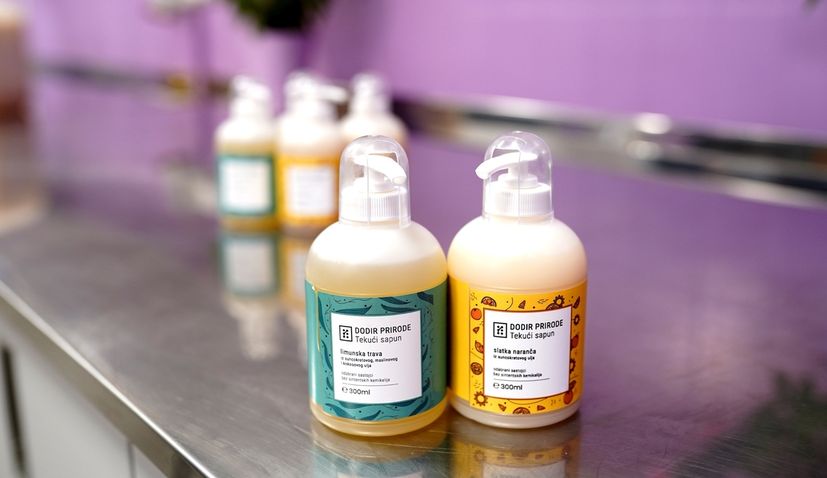 ZAGREB, Sept 29 (Hina) – The Zagreb Association of the Blind opened a liquid soap production plant on Tuesday, planning to market the new product under the brand name “Dodir prirode (A Touch of Nature)”.

The project follows up on the production of solid soap bars with Braille labels on packaging, launched five years ago through the association’s own social enterprise Sfera Vision with the assistance of donations, volunteers, and the City of Zagreb which provided a production plant on the premises of a former meat factory.

The association’s “soaps with dots” have received a World Golden Contribution Award from the United Nations and the International Public Relations Association (IPRA) for promoting innovation and sustainable development and reducing inequality.

The state secretary at the Ministry of Labour, Pension System, Family and Social Policy, Dragan Jelic, presented the association with an agreement on funding from the European Social Fund, which Sfera Vision had won by applying for last year’s tender issued by the Ministry. The agreement worth HRK 1 million, of which HRK 850,000 is a non-repayable grant, is intended for expanding production and buying equipment.

Since 2014, the Ministry has granted HRK 4.2 million to social enterprises for their projects, Jelic said.