Home » News » Young couple move to Croatia: ‘We have a freedom we did not have in Germany’ 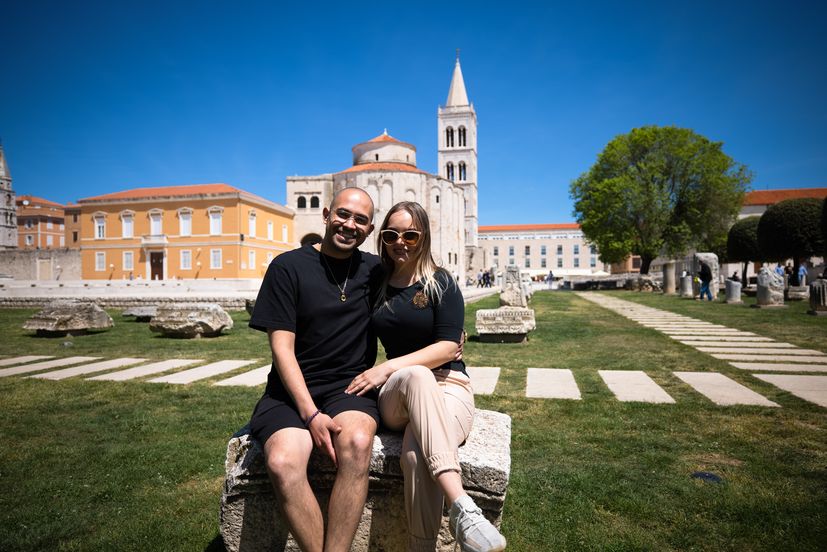 Digital nomads Franziska Miksa and Alexander Gebert recently moved from the German city of Wuppertal to Zadar on Croatia’s Dalmatian coast, and now in their vlog, they are teaching other young Germans how to move to Croatia easily.

Franzi, a 25 year-old online project assistant, and her boyfriend, 27-year-old financial trading trainer Alex, have been living in Zadar for a month now operating their business.

On their YouTube channel, Croatia Expats and Instagram profile they explain to other young Germans how to move from Germany to Croatia in the simplest possible way. They share information such as how to obtain an OIB (PIN),travel by car to Croatia, where to stay, how to make money online and how to enjoy the sunny Mediterranean coast. So far, they have published four videos from Zadar, and they made their last online video from Kraljičina plaža in Nin. 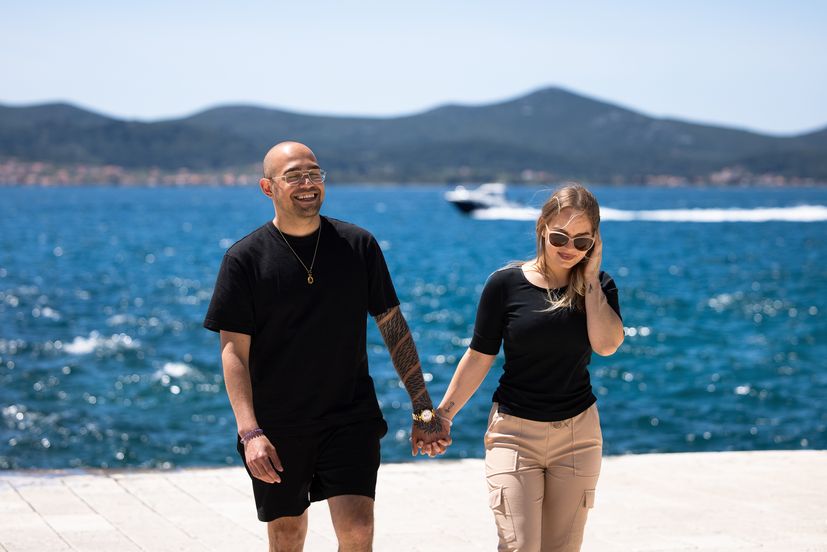 “We just wanted to move from Germany. Wuppertal is an industrial city with few sunny days and is not safe on the streets at night. We wanted to live in a nicer place. Our job is online, so we are not existentially tied to a particular place like the people who work in classic jobs,” says Alex.

Their desire to move somewhere – preferably to the sunny Mediterranean – coincided with a recommendation they received from Alex’s student Iva, who is from Zadar.

“Iva was full of praise for Zadar, and when we looked at the photos, we saw that it is a beautiful town. After a month of stay, we can say that Zadar is really a wonderful town. We haven’t had a single bad experience,” say Franzi and Alex, adding that their pet chihuahua, Jay, was the most delighted with their move to Zadar. 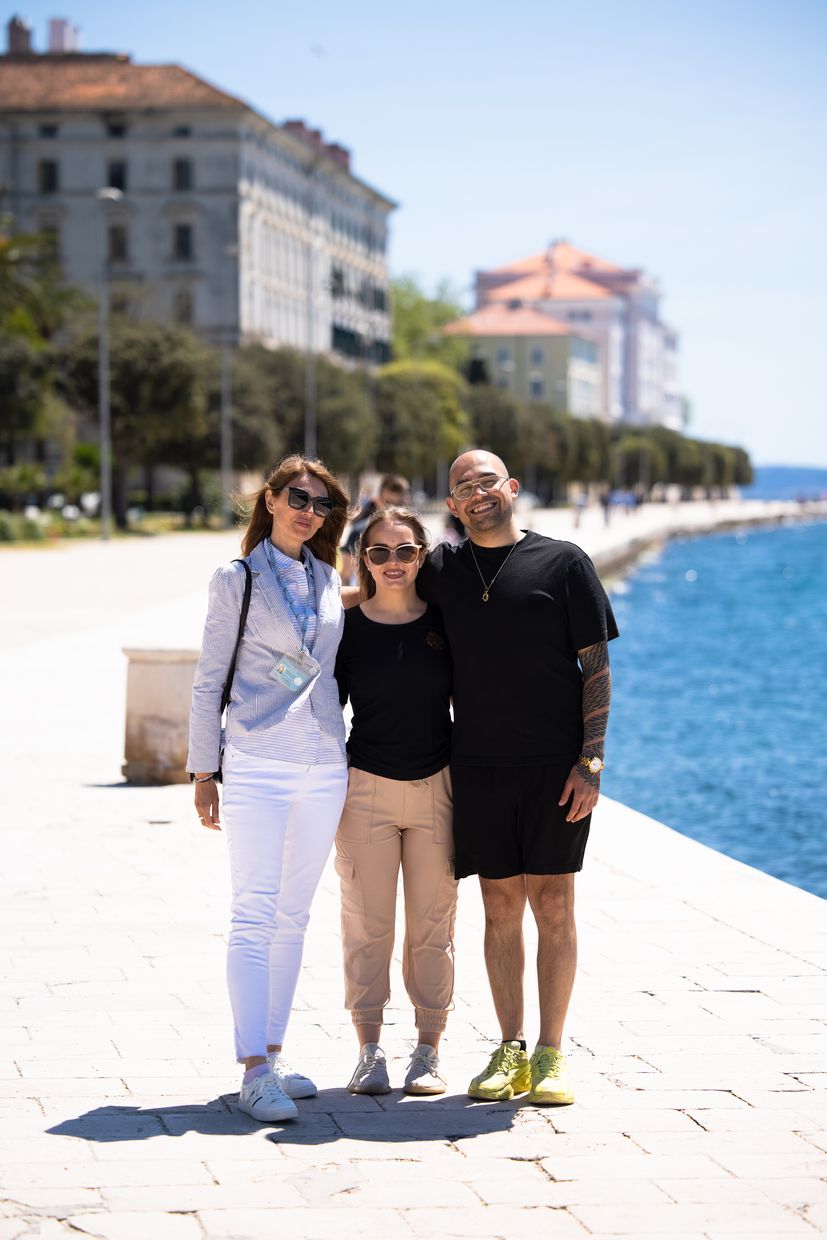 Alex and Franzi’s apartment, which they have rented until February 2022, has enough space to play, especially in the garden in front of the apartment.

“Jay enjoys the sun. He loves sunbathing, which he couldn’t do while we lived in cold Wuppertal. We all enjoy ourselves. We noticed that people in Croatia love dogs, which was nice to find out,” says Franziska. 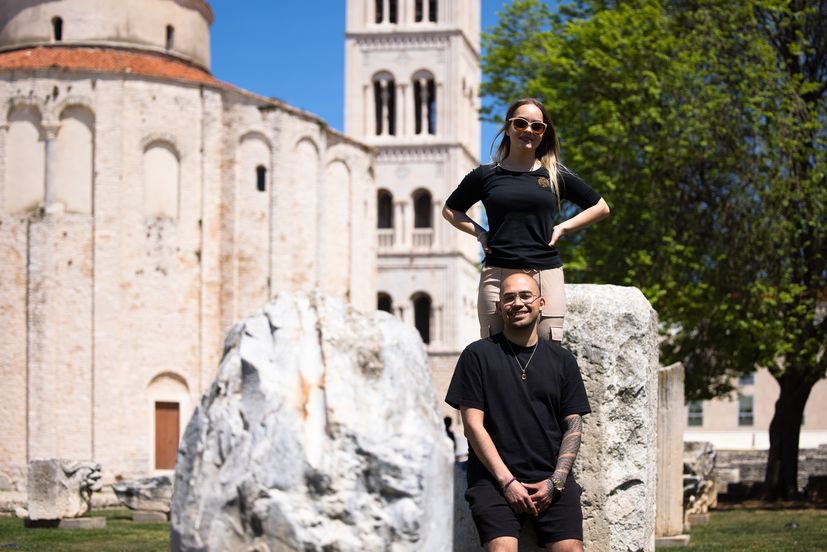 The German couple quickly realised the advantage of living in Croatia; a beautiful and spacious apartment in Zadar is three times cheaper than a similar one in Germany. Life is a bit slower and more pleasant, and there is plenty of time to explore places, people and customs. Little things seem to have revived Alexander and Franziska – having a carefree cup of coffee, walking through the narrow streets of Varoš or enjoying the spring sun on the Zadar waterfront. 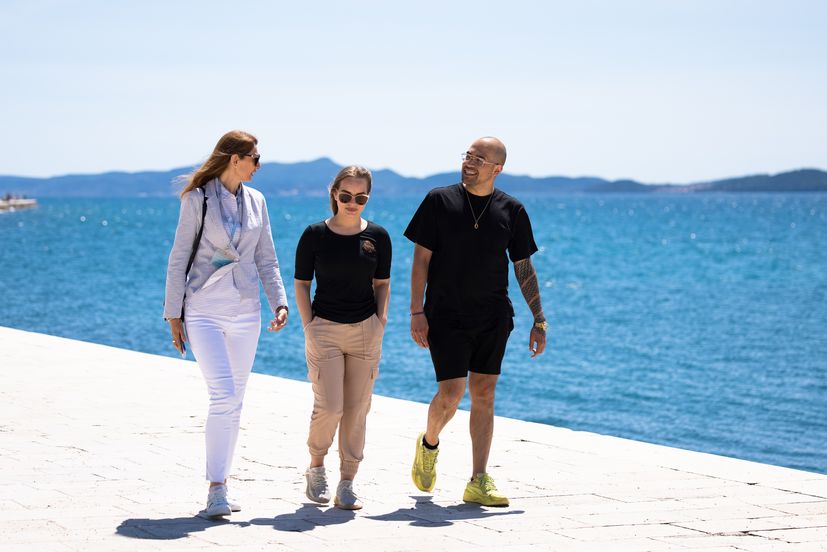 “Zadar is a city where we can have everything we need, and everything is also at our fingertips within 20 minutes,” they add.

The young couple are satisfied and happy that they chose Zadar to live instead of Dubai, where many of their countrymen have moved to.

“Maybe in Dubai, everything would be like in Wuppertal where I didn’t have time for anything but work,” says Franzi. 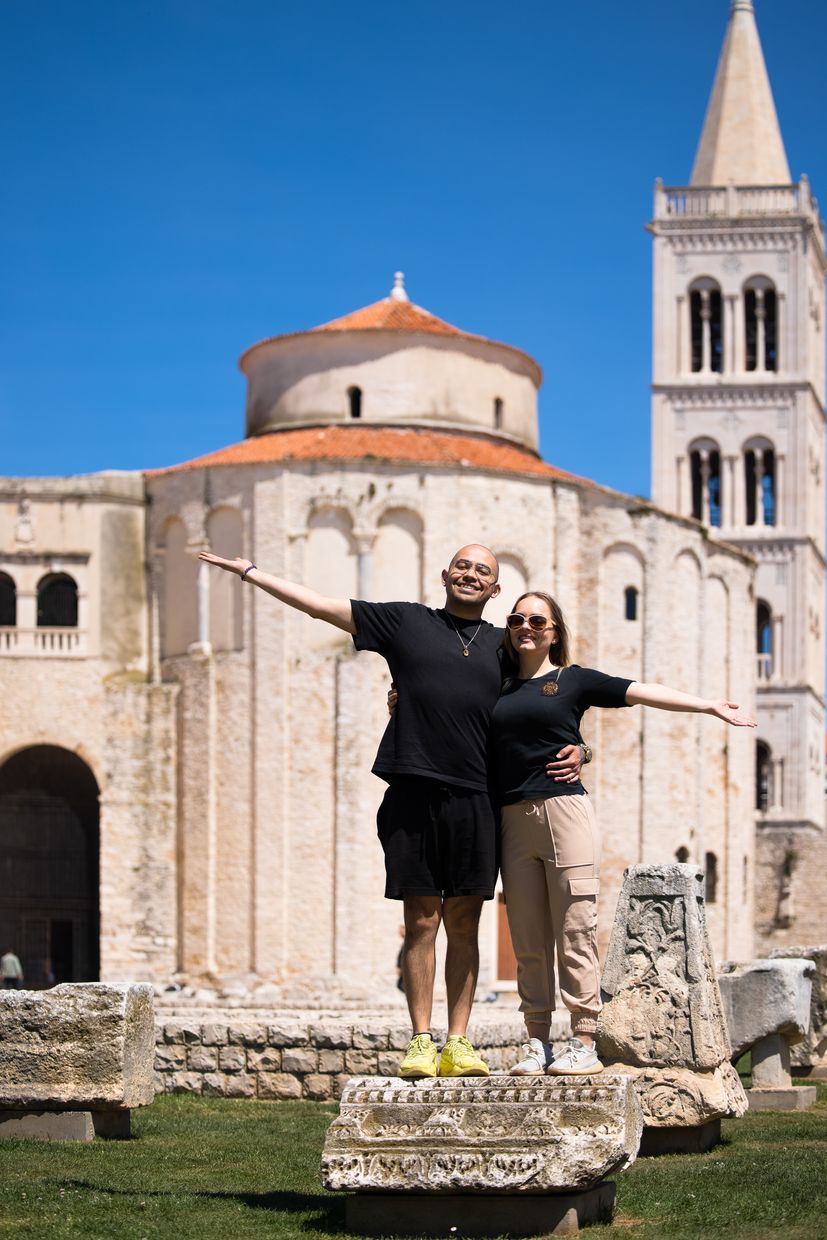 To work with Alex as well as possible, after they met two and a half years ago, Franzi enrolled at the Faculty of Economics where she studied business administration. Alex, on the other hand, who was born in Kazakhstan and  moved to Germany with his mother as a boy, was a kindergarten teacher in Berlin. Five years ago, he went to the United States, where he adopted a strategy which he now applies to teach students as a financial trainer.

“We are in Zadar for the time being. Where we will go later and whether we will go somewhere at all – we’ll see. We want to explore Dalmatia and the Croatian coast, go to Šibenik and Split. We have complete freedom that we did not have in Germany,” says Alex. 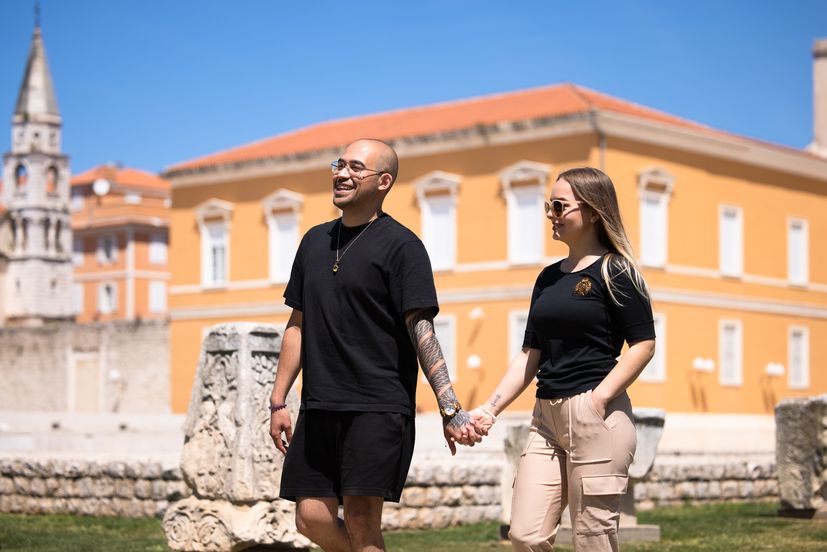 They both point out that many people in Germany would love to leave, but they fear what might await them out there and that’s why they started their video blogs to help anyone who wants to move to Croatia.

“The sun was the first thing we saw when we passed Velebit. It was impressive,” the young Germans conclude. 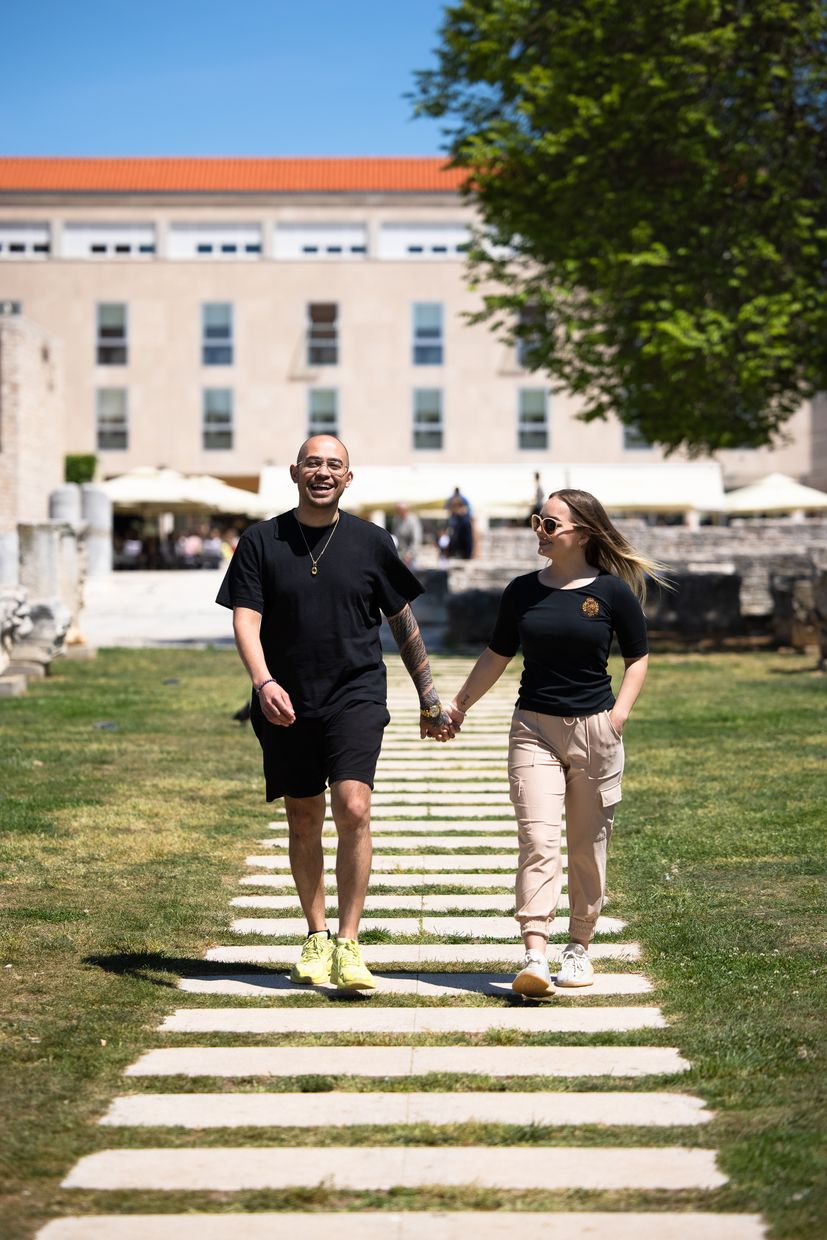