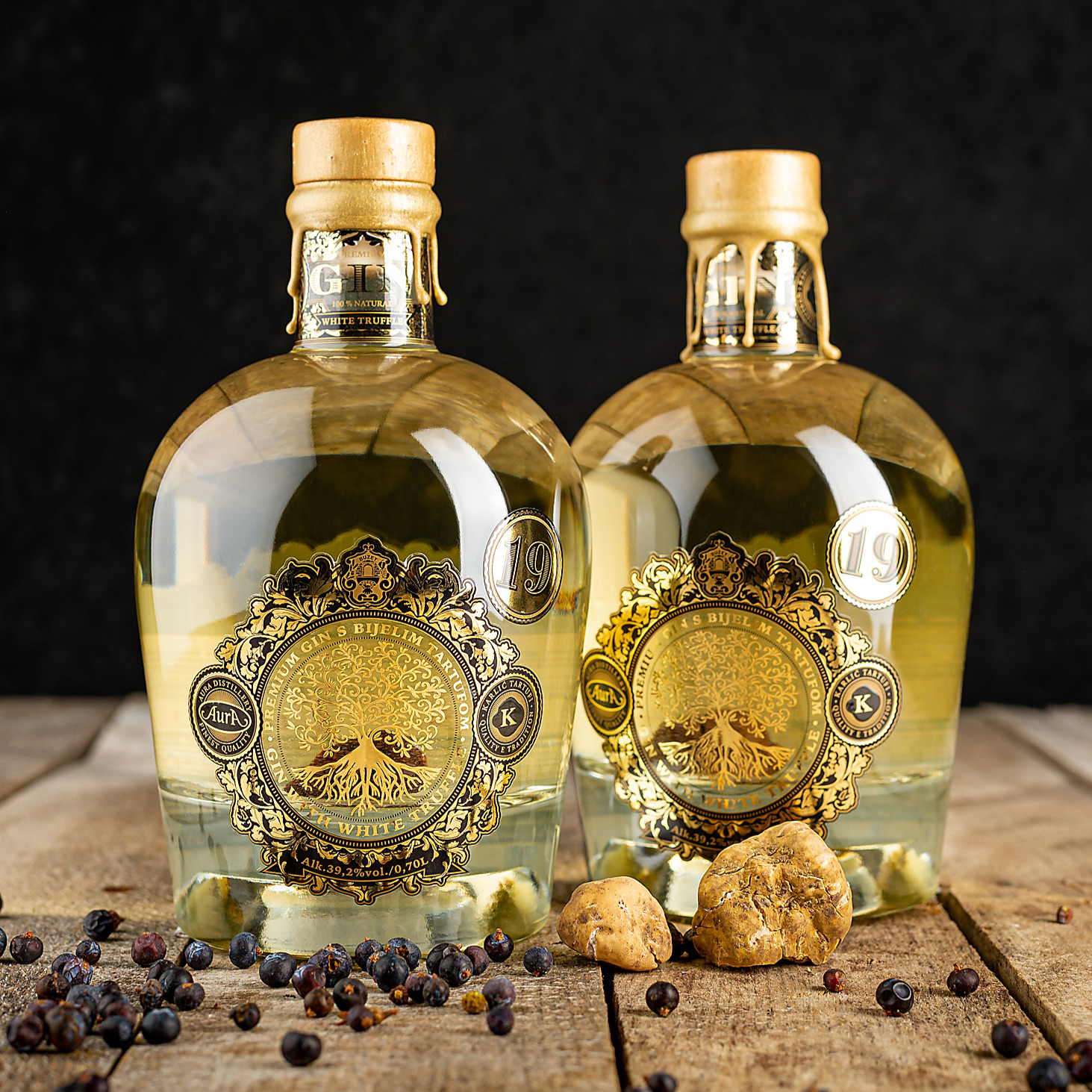 12 November 2019 – The first gin in the world with macerated white truffle has been launched in Croatia.

The white truffle gin is a collaboration by two companies in the Istrian town of Buzet – Aura Distillery and Karlić Truffles. The stock is limited to 222 bottles, each of which is specially numbered. The idea of the gin and truffle fusion came from Ivan Klarić.

“People love gin, it’s becoming more popular, so the conclusion was – why not. We worked on it for several months, we made 222 limited bottles, the price of one is about 100 euros. Three months ago, they were put on the market, maybe 20 bottles are now left. People have recognised the product and we get a lot of praise and orders from all over the world,” Ivana Karlić told Poslovni.hr.

Whist in the UK truffle gin has been created before, this is the first with macerated white truffles.

With the white truffle gin being a hit, the Karlić’s have already started collecting the finest truffles to produce another limited edition gin next year. The Klarić’s were also the first in the world to introduce truffle hunts where guests could take part in the search.

“I am delighted that we have such an innovative offer for our guests, they are delighted. We have guests from New York who have returned five times for the tour, and their 15-year-old child dreams of being a truffle hunter,” said Karlić. 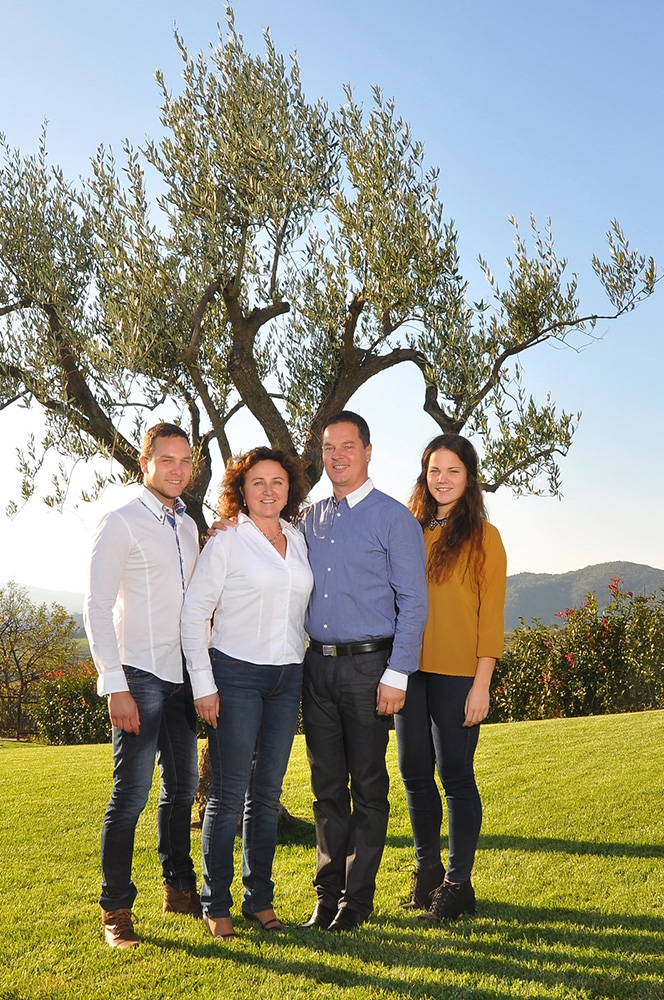 12 years ago, the Karlić’s planted the first plantation for truffles in Croatia with 2700 mainly oak and hazelnut trees.

“After six years of waiting, my brother went for a walk with the dogs and found the first truffle, smaller than a tennis ball. When he brought it home, we were overjoyed because at the time everyone was telling us we were crazy. It was the first truffle found on a plantation in Croatia.” 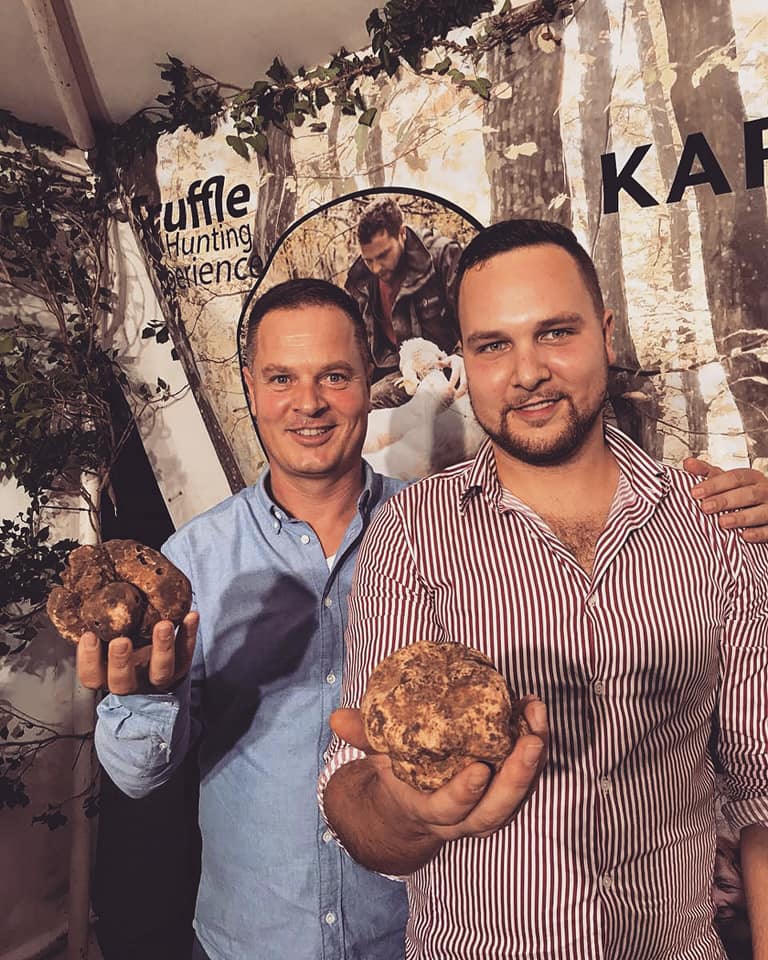 The Karlić’s sell their truffles and truffle products through distributors in Germany, Austria, the UK and Singapore.

The Karlić family truffle business was started in Paladini near Buzet in 1966 Ivan Rašpolić. Back then, the Motovun forest was bigger than it is today. Both white and black truffles found in that area were considered to be among the best quality truffles in Istria.

The long-standing experience of the Karlić family in truffle harvesting has been passed over from generation to generation.