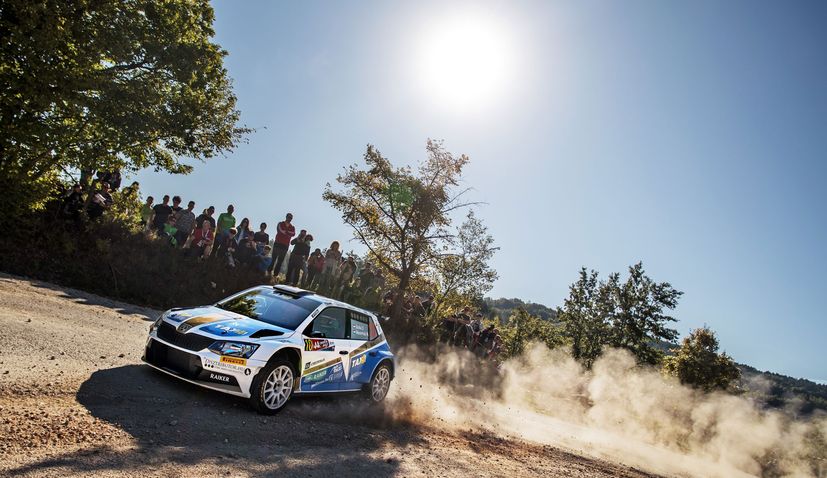 Zagreb, April 22, 2021 – Everything is ready for the Croatia Rally to start. The most famous rally drivers of today have arrived in Croatia and are starting to collect points for the World Rally Championship (WRC).

Croatia is the third stage in this year’s WRC calendar. Drivers will race on the local roads of Zagreb, counties of Karlovac and Krapina-Zagorje, and the City of Zagreb. The world’s best crews will drive a total of 300 kilometers of special stages that are characterized by narrow and winding roads with numerous passes.

A total of 68 crews have been confirmed for the Croatia Rally, and Croatia will have six representatives – Viliam Prodan, Martin Ravenščak, Krešimir Ravenščak, Ivica Siladić, Mateo Butorac, and Željko Magličić. Yesterday, the crews got to know the tracks where the special stages will be run. Today, between 9 am and 3 pm, a shakedown will take place in Medvedgrad – the official free training of the competition.

“Drivers and teams are delighted with Croatia. The special stages are challenging and interesting, a real sports spectacle is ahead of us. The competition will be broadcast in 150 countries, and excellent scenes from Croatia will travel around the world over the next 4 days“, points out Daniel Šaškin, President of the Organizing Committee of the Croatia Rally.

A small town built at the Zagreb Fair

At the Zagreb Fair, teams of drivers are accommodated in a large service park, where an actual small car town has been built. There, teams of competitors take care of all the details related to the cars, and the high FIA Covid protocols are taken care of by more than 30 judges and volunteers. Foreign teams in 45 trucks brought and installed over 1,300 tons of equipment and stretched 4 kilometers of cables on 60,000 square meters, the size of the service park.

The grand opening today at 6 pm, broadcast on HRT starts at 6.50 pm

The grand opening of the Croatia Rally will take place today at 6 pm in front of the National and University Library. The program starts at 6 pm, and the live broadcast on HRT from 6:50 pm. The opening ceremony will be under strict epidemiological measures, and the arrival of many state officials has been announced, including the envoy of the President of the Republic of Croatia, Željko Jovanović, the Deputy Mayor and Acting Mayor of Zagreb, Jelena Pavičić Vukićević; Minister of Physical Planning, Construction and Property, Darko Horvat, Minister of Tourism and Sports, Nikolina Brnjac, and Parliament Speaker Gordan Jandroković.

Croatia Rally is the biggest sporting event in Croatia this year. 1,200 participants of the competition, drivers, and support staff, have arrived in Zagreb under strict epidemiological standards. The event will be watched online or live by about 1,500 journalists and camera crews.

More than 200 foreign journalists and cameramen have arrived in Croatia, the largest number of world media present at a sports event in Croatia. WRC will be broadcast live from Croatia in more than 150 countries around the world. This sports spectacle is also available to viewers in Croatia on domestic TV channels: the program of the Croatian Radio and Television and Arena Sport, and through the WRC + service.