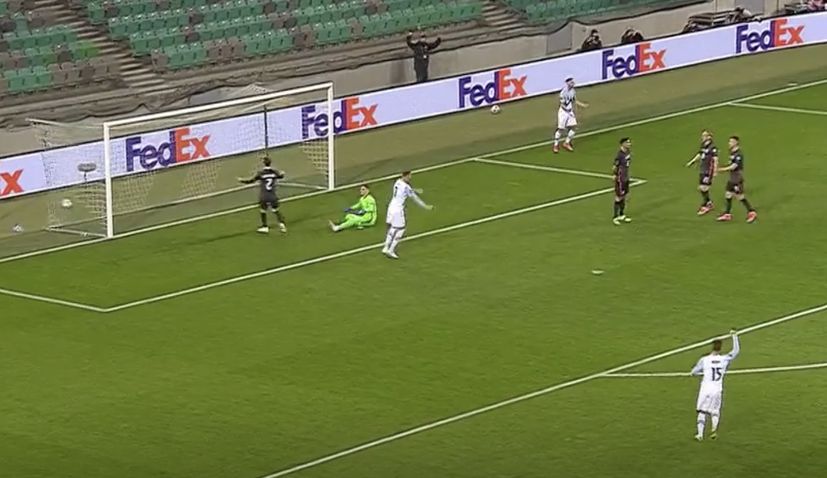 Croatia has lost its first match in the 2022 World Cup qualifiers 1-0 against Slovenia in Ljubljana at the Stožice Stadium on Wednesday night.

It was the first time Slovenia has beaten Croatia in an international. The two nations had previously met 9 times with Croatia winning 6 of them and three draws.

Croatia started the brighter of the two teams and Andrej Kramarić went close in the 7th minute but his shot would fly past the post.

They then had a chance to take the lead in just the 10th minute. CSKA attacker Nikola Vlašić would get in behind the Slovenia defence but his shot would hit the post.

Five minutes later and the hosts would take the lead when Ivan Perišić would give the ball away in the middle of the pitch and on the counter Sandi Lovrić would see his shot deflect off Marcelo Brozović past Dominik Livaković into the back of the net.

You can see the goal here.

Despite enjoying most of the possession, for the next 75 minutes Croatia barely tested Jan Oblak in Slovenia’s goal and looked slow, without rhythm, and out of ideas on attack.

Captain Luka Modrić, who equalled Darijo Srna’s record tonight of 134 caps for his country, was well contained and unable to dictate play as he so often does.

Slovenia looked the more hungry of the two sides, managed to stay closer to their opponents than Croatia and were more aggressive. The result disappointed coach Dalić.

“Congratulations to Slovenia. We started well but after the goal we lacked motivation and tactics and in the end didn’t deserve anything from the match. Slovenia were more motivated than us after they scored, more compact, aggressive. We didn’t create any quality chances. We have no room to make anymore mistakes in qualifying. We deserved to lose tonight,” Dalić said after the loss.

Croatia faces Cyprus on Saturday before meeting Malta on March 30. Both matches will be played in Rijeka.

Russia beat Malta 3-1 and now go top of the group after Cyprus and Slovakia drew.