A perfect record in the group stages at the 2018 World Cup in Russia has led a number of pundits and fans to believe Croatia still has a long way to go in this tournament.

Last night’s 2-1 victory over Iceland by what was essentially a second string side left Zlatko Dalic’s side with a maximum of 9 points from their three group matches. So what next for Croatia?

First, it is a trip back on Sunday 1 July at 8 pm CET to Nizhny Novgorod, the same venue where they beat Argentina 3-0, for a matchup with Denmark in the Round of 16.

Denmark got through to the last 16 by finishing second in a group which featured France, Australia and Peru. One victory, against Peru, and draws against Australia and France was enough to see them through.

Croatia has been installed as early favourites for the match and a victory would see them advance through to the quarterfinal where they would play either hosts Russia or Spain.

The quarterfinal is set for Saturday 7 July at 8 pm CET.

It is difficult to look beyond that but the path Croatia would take if they happened to beat Denmark and then Russia or Spain, would be a semi-final on 11 July in Moscow.

The semi-final opponent will come from the winners of Group F and H and the second place teams from Groups E and G.

Runner-up in Group E is Switzerland whilst in Group G England were runners-up. 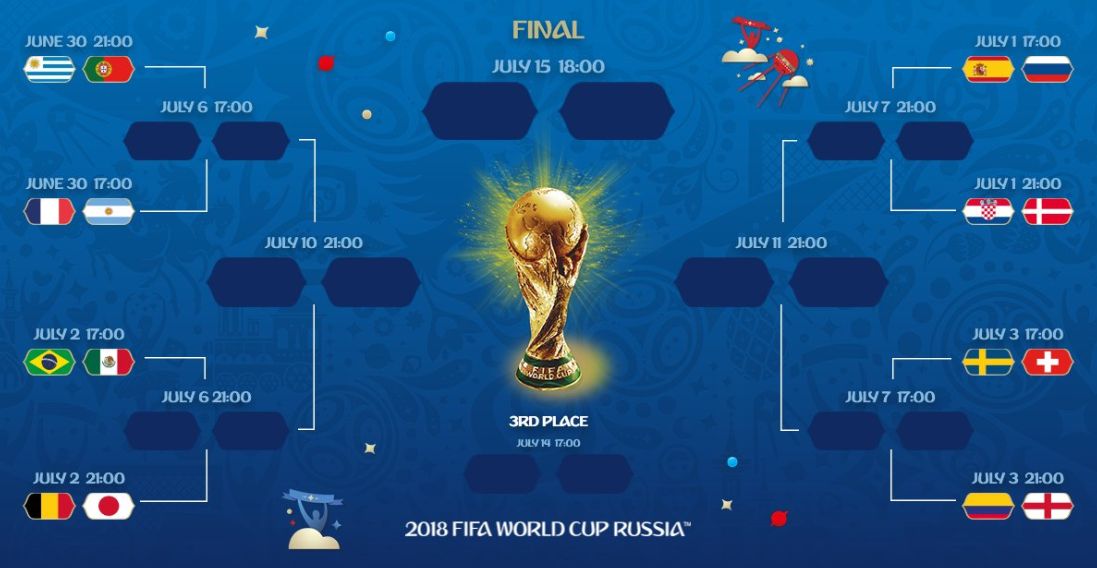 “What we have done so far is amazing, nine points, seven goals scored, one conceded, but we must forget all about that. Our moment of truth comes on Sunday against Denmark. We are only concentrating on that match,” Croatia coach Zlatko Dalic said after last night’s win.