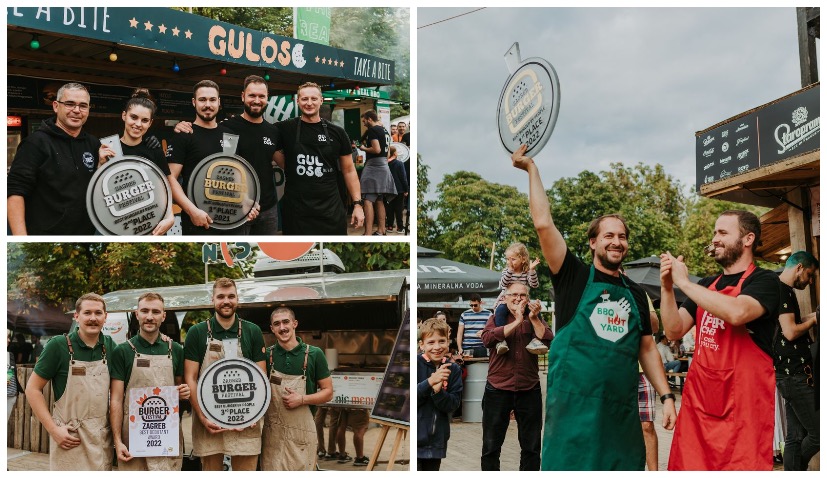 Despite several days of persistent rain, about 50,000 visitors attended the 7th edition of Zagreb Burger Festival.

On Sunday evening, Zagreb’s most popular gastro festival closed its green doors on Dr. Franje Tuđman Square with the announcement of the best.

During the eleven days of the festival, gourmands chose one or more of 45 different types of burgers. The top three this year, as well as the best debutant, were chosen by visitors by scanning the QR codes on the booth where they bought the burger.

There were as many as seven debutants and already established masters of gastronomy, such as Ivan Pažanin, Mate Janković and Mario Mihelj. This year, the grill masters paid a lot of attention to sauces, for the first time they presented additions such as plantain banana, fermented Asian vegetables, smoked sauces, sauces made from reduced wine with wild orange peel and many others, and showed that there really is no end to gourmet innovations.

At first incompatible combinations such as; prawns and truffles were very much liked by visitors, but classicists also enjoyed the traditional flavours of burgers with a minimal number of additions.

In addition to excellent flavours, the burgers successfully met another criterion – photogenicity, so they were often stars on social networks. Although outside the competition, it is certainly worth mentioning Robert Hromalić and his Le Kolač, whose ice-cream pies won over the taste buds of even those who are not big fans of sweets.

In a really strong competition of 13 burger houses, the winner this year was BBQ HOT YARD from Zagreb. Visitors liked the original names of the meat delicacies, especially KIMchi KARDASian, along with the high quality of the burgers and the Asian touch, and this recognition will certainly be an additional boost to long-time food blogger Davor Šušković, a grill lover. 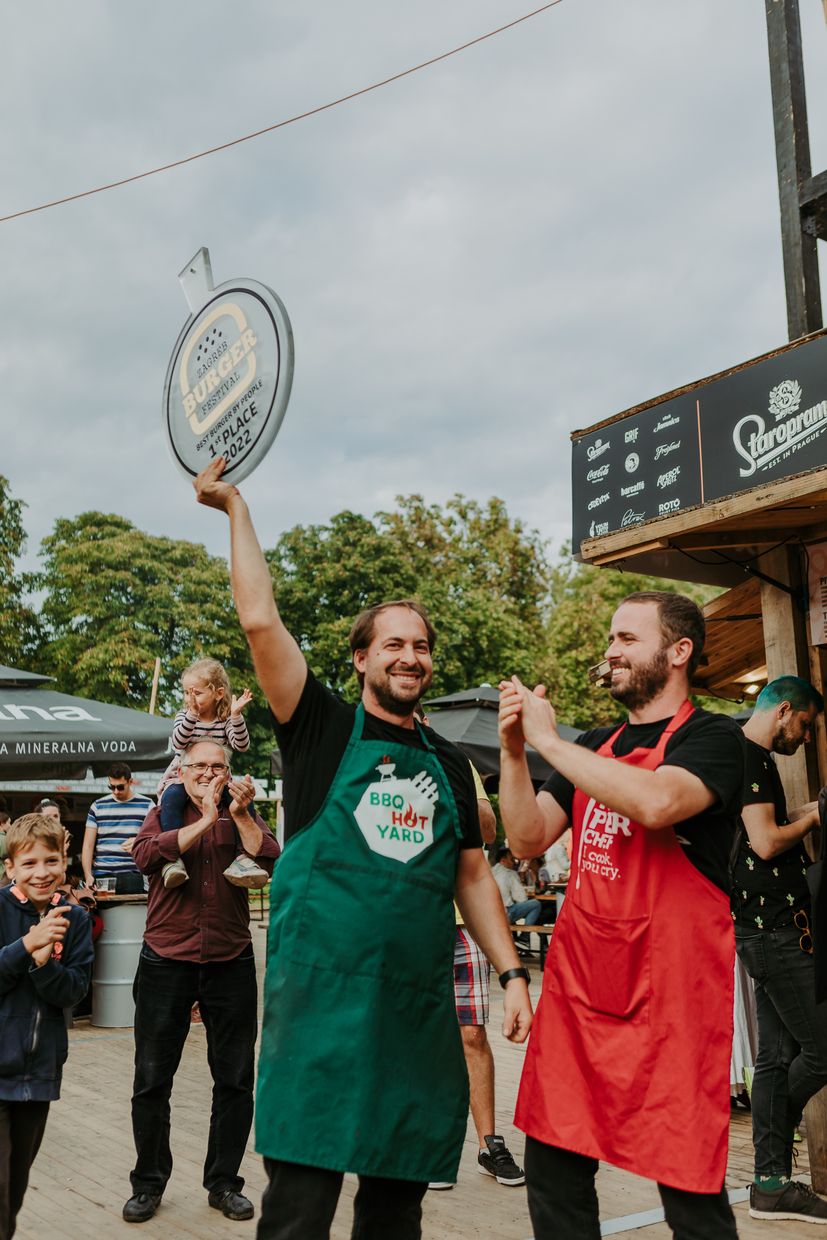 In second place was last year’s winner from Dubrovnik, Guloso, helmed by Marko Bautović. Their Negromant delighted many with its unusual combinations, which were perfectly combined in a delicious burger. Marko named his burgers after characters from the works of Marin Držić and thus once again showed that innovation, great effort and passion are always recognised. 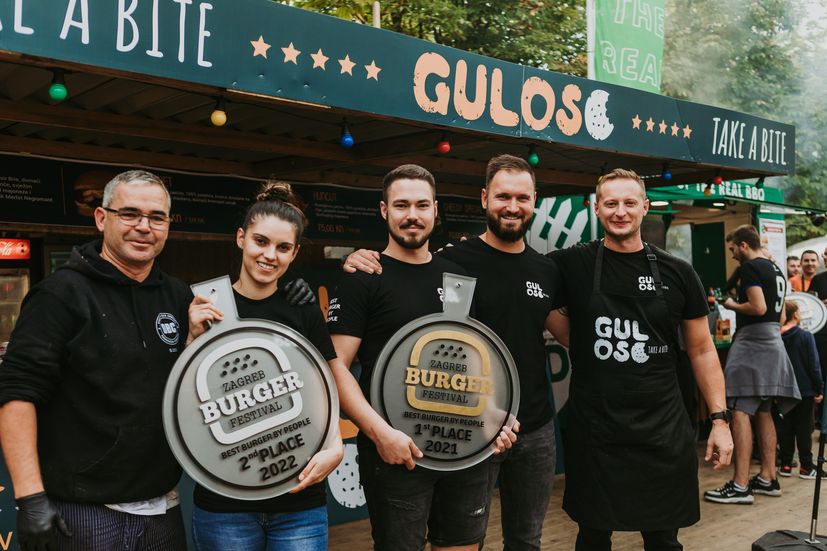 Third place went to the cheerful team from Zadar, Picnic Mingle&Fun. They were also named the best debutants at the festival. They attracted attention with their great mood and the same burgers in their “silver beast on wheels”, so they are returning to Zadar as double winners from the Zagreb Burger Festival. Their Blackie, which has already become famous in Zadar, is obviously the right combination for street food events. 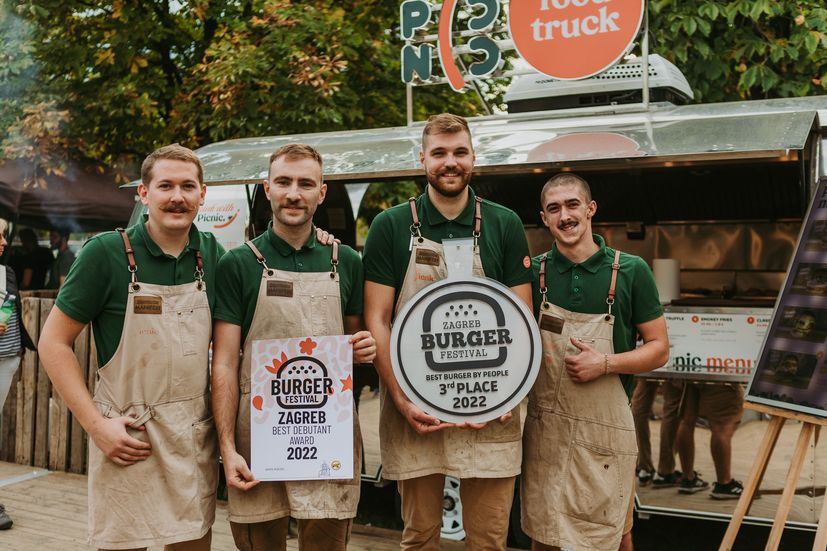 Booking.com, one of the leading online companies in the field of travel, recogniSed the value of the Zagreb Burger Festival and included it on its list, as a place where every autumn travellers can enjoy a combination of modern and classic cuisine.

The organiser of the festival, the creative agency Kokoš ili jaje, thanks all the awardees and is busy preparing new, winter festivals.