Home » News » What is Croatia the World-Leader in?

Most countries are world-leaders in some field, explains portal Information is Beautiful.

The data research website has gathered information from NYTimes, Bloomberg, UN, The Economist, World Bank, Reuters, BBC, Forbes, The Guardian, WSJ & others to produce an infographic showing what countries around the world are the best at.

Based mainly on per capita, the report has produced some interesting results. According to the 2016 report Croatia is the world-leader in kidney transplants. Croatia has the largest number of organ donors and kidney and liver transplantations per capita in the world. It also has the shortest wait-list for kidney transplants.

Looking at other nations, Austria is the world-leader in paid time off for employees, whilst Greece are the world’s biggest cheese eaters.

Estonia leads the world when it comes to startups, whilst Portugal produces the most cork. Canada has the most Facebook addicts in the world, and the UK has the world’s largest number of billionaires.

Australia leads the world in data breaches, Kenya has the most black tea and the report says that Peru is the world cocaine leader. Check out the map below. 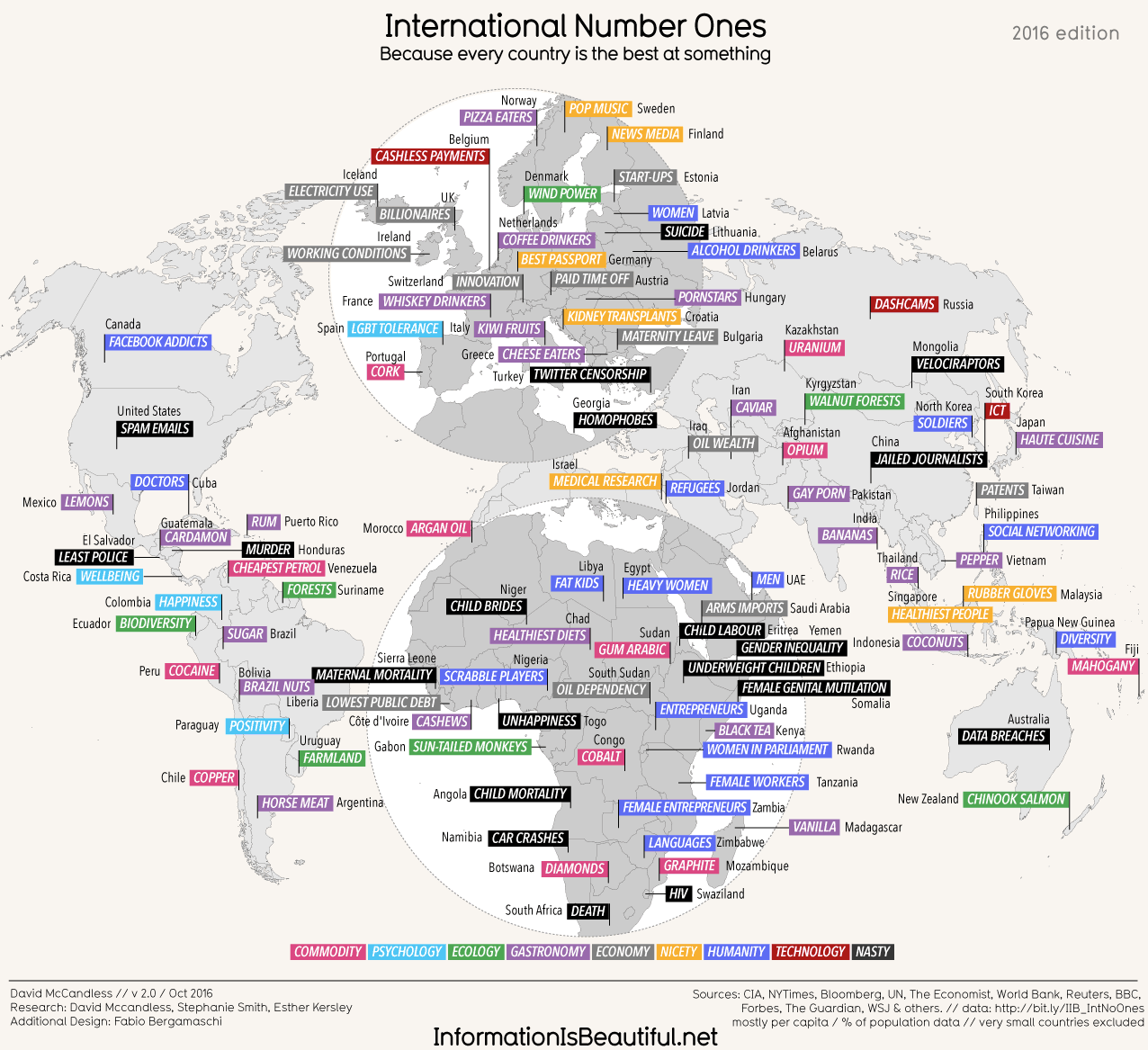