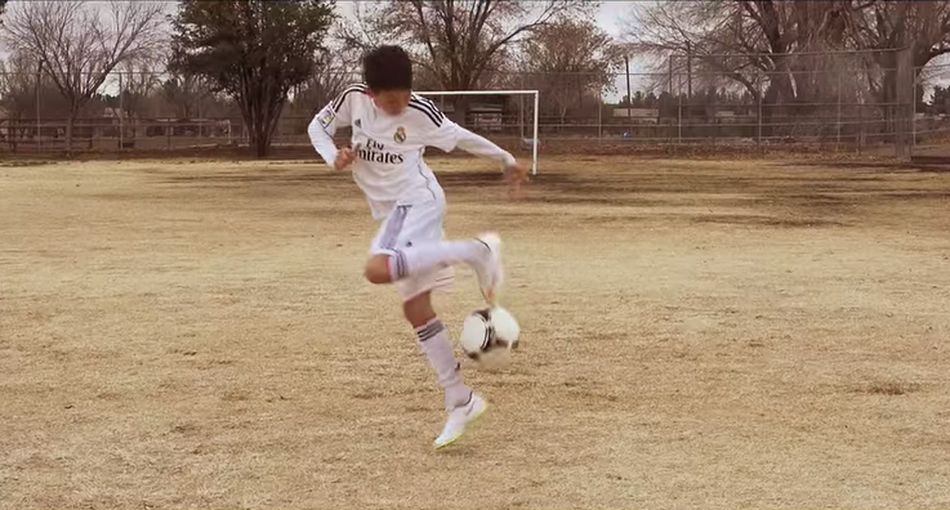 Simon Sagal, or ‘Young Ronaldo’ as he has been dubbed, is only 14 years old but is already a superstar in the making.

The American teenager, whose skills have been watched over 15 million times on YouTube, has arrived in Croatia where he has joined up with Dinamo Zagreb’s Youth Academy.

“I chose Dinamo because it has the greatest Academy in the world and they produce the best players like Modric and Kovacic and have the best development system I have seen,” Sagal, who played for San Diego Albion, told 100posto.

Sagal, whose father played professionally in Sweden, started playing football at the age of 2 and hopes to move permanently to Europe and forge out a career.

He is hoping the Dinamo Youth Academy will help develop him into a top player so he can realize his dream.

In 2015 a video of Sagal dreaming of becoming Cristiano Ronaldo went viral. Since then a series of videos tracking ‘Young Ronaldo’ have been produced by his uncle as he chases his dream.

Check out the original video of ‘Young Ronaldo’ which had over 15 million views below.