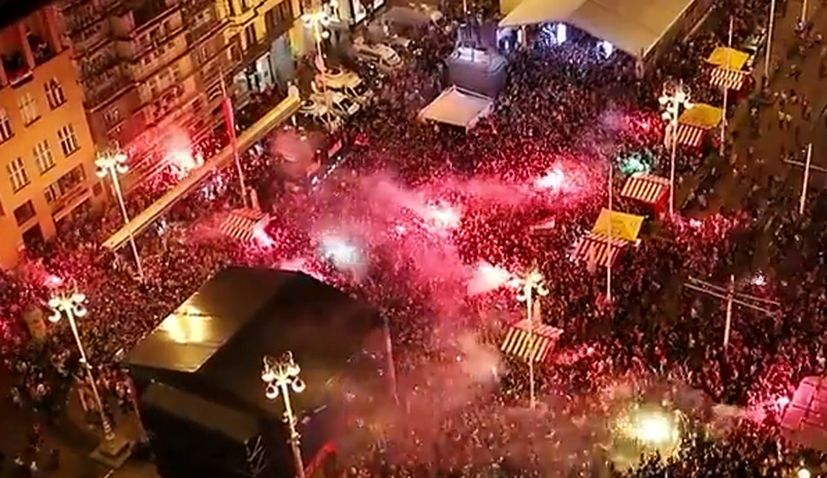 There were euphoric scenes all over Croatia as Mario Mandzukic sent the nation into the World Cup final deep into extra-time.

Ivan Perisic’s second-half equaliser and Mandzukic’s left-foot strike has sent Croatia into its first ever World Cup final. Crazy scenes followed Mandzukic’s goal and then the referee’s final whistle all over the country.

Over 50,000 fans once again were at the watch party on Zagreb’s Trg Ban Jelacic and the flares and fireworks could be seen and heard far away.

“We are in the final of the World Cup!!!! Someone wake me up!! This is amazing!! We will not be sleeping tonight,” one Croatian fan said from Trg Ban Jelacic.

There were equally crazy scenes all over the rest of the country as the nation celebrated its biggest football success in its short history.

“We are going to the end!! Heroes, all of them! Mandzukic is indestructible.”

Check out more scenes from Zagreb below care of Index.hr.

And some more from Zagreb.