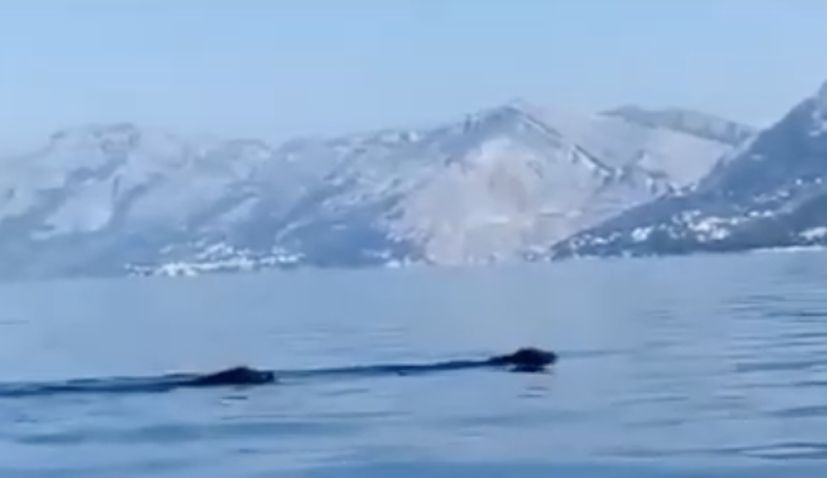 MAKARSKA, 26 April 2020 – Fishermen have spotted and filmed two wild boars swimming from the island of Brac to the Makarska on the mainland on the weekend.

“We spotted them near Promajna (6 km northwest of Makarska) while we were out fishing from a boat, 200 m from the shore. They were two smaller boars, about 30 kg. They swam to the shore and then quickly disappeared into the woods, fisherman Mario Radojkovic, who believes they swam from the island of Brac, told Morski.hr.

Fellow fisherman, Slobodan Batinic, said it was a sight to see.

“It was a wonderful feeling to see them. It’s not the first time. They swam from the island to Promajna on the shore,” Batinic said.

It is well known that all kinds of pigs, even these wild ones, are excellent swimmers, and finding new habitats in their world is nothing new. What seems new is the fact that we are increasingly seeing these animals in the sea.

Wild boars have no problem swimming for 12 hours. They can swim about 15 nautical miles or about 27 kilometers, so it is not uncommon for fishermen to spot them out at sea. They swim in search of new habitats where they will have enough food for themselves and their offspring and are increasingly met by boaters.

“Wild boars used to rarely swim to the islands. They did so when they were forced to. The last mass case was during the Homeland War when they fled Lika because of fear and began to swim between the mainland and the island of Krk,” Morski.hr writes.