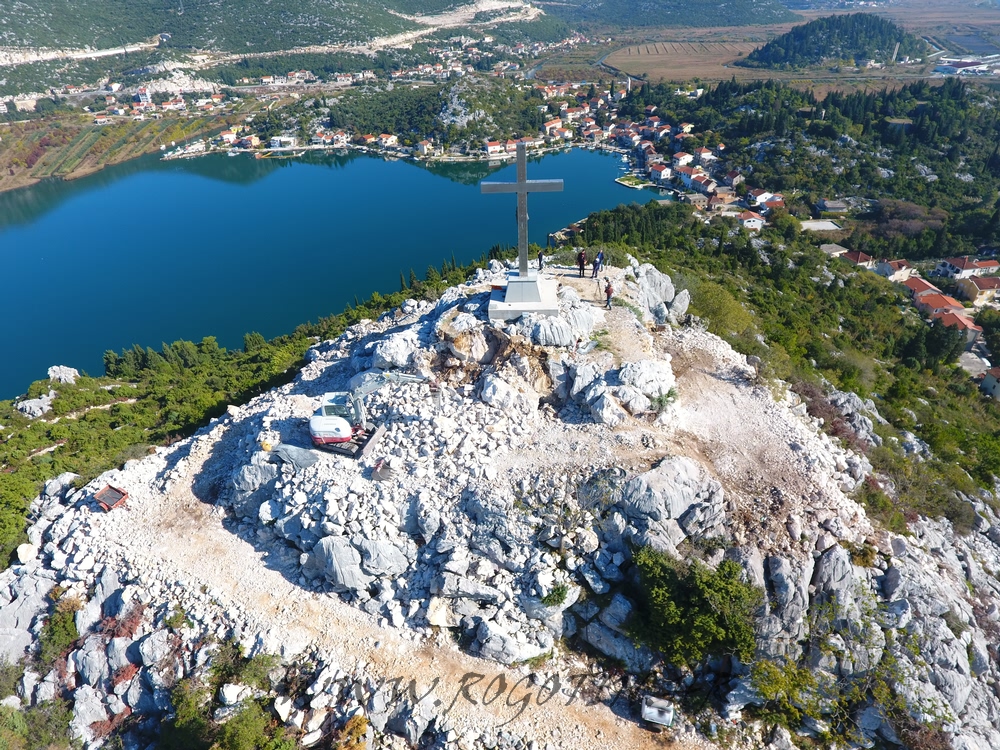 ROGOTIN, 21 April 2020 – The unique sea organ in Zadar, which plays music by way of sea waves and tubes located underneath a set of large marble steps, is one of the major attractions on the Croatian coast. Now Croatia is set to get another similar attraction.

The first wind organ, located on Trovro hill above the village of Rogotin, which is located between Ploce and Metkovic, is nearing completion. Seven tubes will go in each of the three slabs at the top of the hill (Photo: HRT/Rogotin.hr)

The unique project is designed by local engineer Zeljko Skoric, who says the principle of the wind organ is the same as that of all other organs.

Seven tubes are being installed in each of the three houses on top of the hill, each with a different pipe length which creates different tones when the wind blows. The tubes were produced in Croatia by the workshop Kvaternik in Koprivnica. The tubes are produced by a local Croatian company (Photo: HRT/Rogotin.hr)

The organ will play at a wind speed of 2.7 metres per second. Trovro hill is renowned for always being windy with the wind blowing three times faster this week there. Wind speed will also affect the volume of the tones and depending on the direction and speed of the wind they will be able to be heard in Rogotin and possibly in the town of Ploce as well as in the village of Komin.

Two of the three structures are currently being completed. The third will be finished with the installation of the instruments and the stonework, which is the final phase of the organ project.

Various lengths of the pipe change the tone (Photo: HRT/Rogotin.hr)

“I will sleep easy, you get used to it. People got used to trains and buses there, why would they not get used to an organ,” Jure Sunjic told Rogotin.hr.

The wind organ, which is set to be complete before the summer, cost 3 million kuna to build was 80% financed by EU funds. Video here – http://magazin.hrt.hr/606400/price-iz-hrvatske/pri-kraju-izgradnja-vjetroorgulja-kraj-ploca?jwsource=cl