The presentation in Trogir this week

After a year and a half of work involving more than one hundred people, Trogir has become the first coastal destination to begin branding on such a serious and professional level.

The aim of the project was to identify the features that distinguish Trogir from other cities and to shape them into a new slogan, logo and narrative that will be talked about primarily by the inhabitants of Trogir, tourist workers, residents of this Dalmatian region, local and foreign tourists and the media.

The idea was that by using heritage and local peculiarities in a contemporary context and by enhancing authentic values, the city is positioned not only as one of the most desirable domestic destinations, but also one of the most desirable on the Mediterranean. The project was modelled after many European destinations, such as Glasgow, Eindhoven, Bologna and Berlin, which after the branding have recorded a number of positive economic effects, and all of which Trogir aims to achieve.

Petra Despot in front of the new logo

“We decided to embark on this project because looking at foreign examples we realised the positive impact of quality branding on the lives of local people. We are also aware that the market is changing and that only those who respond to the needs of today’s tourists will be able to continue to develop without compromising the quality of life of local people. We wish through our branding to profile among a number of similar destinations in the Adriatic and to become recognisable by the range of special features we have. Trogir deserves it primarily for the people who live and create it, its beauty and heritage and the fact that it has been on the UNESCO list for 22 years,” said Mayor Ante Bilic, adding:

“We want to prevent Trogir from becoming a ‘fast food’ destination. I am proud that on such a high level we were the first in Dalmatia to launch such a complex project that is based not only on new and beautiful visuals, but on a strategy that should guide us in the coming years and, I repeat, bring great benefits to Trogir and our fellow citizens. There are still many steps ahead of us and we will certainly be learning on the move, but I hope that we will soon become a positive example and that other cities will follow us.”

The project was worked on by international award-winning Zagreb-based company Fabular, who are a member of the REBRAND Hall of Fame ™ Professional Association and among the top 25 brand consultants in the world and led by branding strategy director Anja Bauer, author of the proprietary “8 Branding Ingredients” formula and the leading branding expert in Croatia.

In a process that lasted more than a year, an extensive interdisciplinary survey was conducted on the perception, potential and challenges of Trogir, which analysed historical material, conducted surveys with locals and tourists, talked to all meritorious people in the city such as historians, craftsmen, caterers, museum staff, the City, Tourist Board and tourist guides.

“Working on the branding of Trogir was interesting, intriguing, life-giving, instructive. Trogir is a place that fascinated us with its beauty and depth of meaning and we all enjoyed creating its story. Through our research work, we have identified three key things, impressive features that make up the identity of Trogir. These are the continuities of life over 3600 years, then the great masters who have been operating there since the Middle Ages and to this day, and the indelible traces that these masters leave. These are the three main elements, the so-called. sweet spot of Trogir, on which we created the strategy, “said Anja Bauer, owner and creative director of Fabular.

The author of the new visual identity of Trogir is respected Croatian designer Maja Bagic Baric. Fabular found the signature of 13th-century master Muscardell in the interior of the Cathedral of Trogir. Nikola Đurek, Faculty Professor in Split and Zagreb, and the most famous Croatian typographer, created a new font. In the creative process, a new city slogan was created:”MARKED BY MASTERS”. 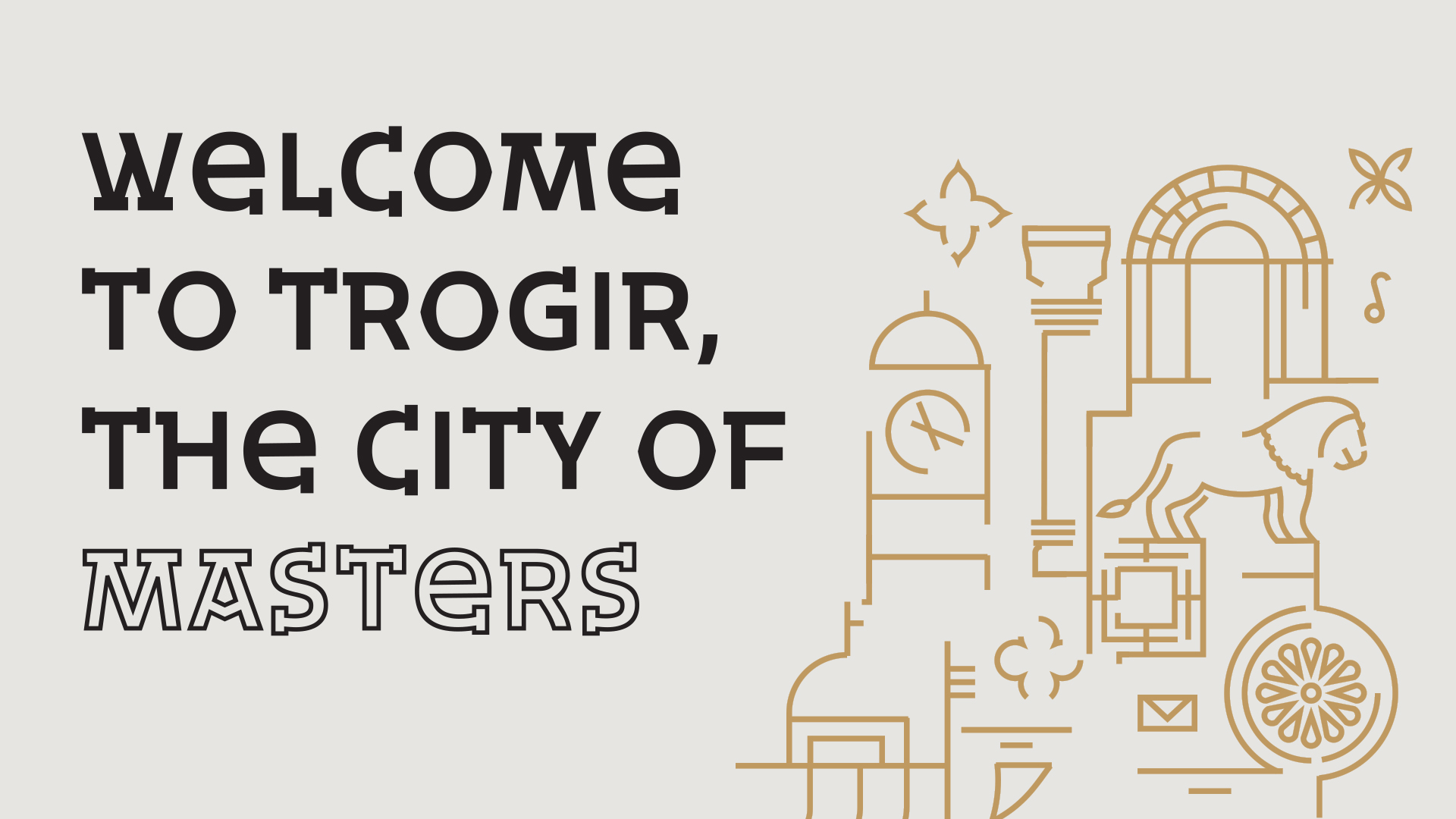 “The new visual identity of the city of Trogir outlines traces carved in stone and unique, world-class art. Inspiration is found in the old traces, signatures and notes left by the medieval masters at the cathedral of St. Lawrence and the Church of St. John the Baptist. It is a trace of a mark in time that bears witness not only to the supreme creativity, but also to life and play – a prayer – the traditional game trlja, a sailboat and the permit and completion of the construction – Radovan’s seal. The logo depicts the lines for the game trlja carved in stone; it is one of the common clues left by the masters at St. Paul’s Cathedral. St. Lawrence and the Church of St. John the Baptist. It tells us about the simplicity and beauty of living in Trogir, and points out that in addition to magnificent buildings, the beauty of everyday life in Trogir is equally inspiring. A system of pictograms has been developed, inspired by the urban and artistic heritage of the city of Trogir, as well as outlining everyday life through the traces and graffiti left by the medieval masters builders, sculptors and stone-cutters who lived and created things here, who, centuries later, still vividly testify to the intertwining of the sublime and the living,” Anja Bauer explained. 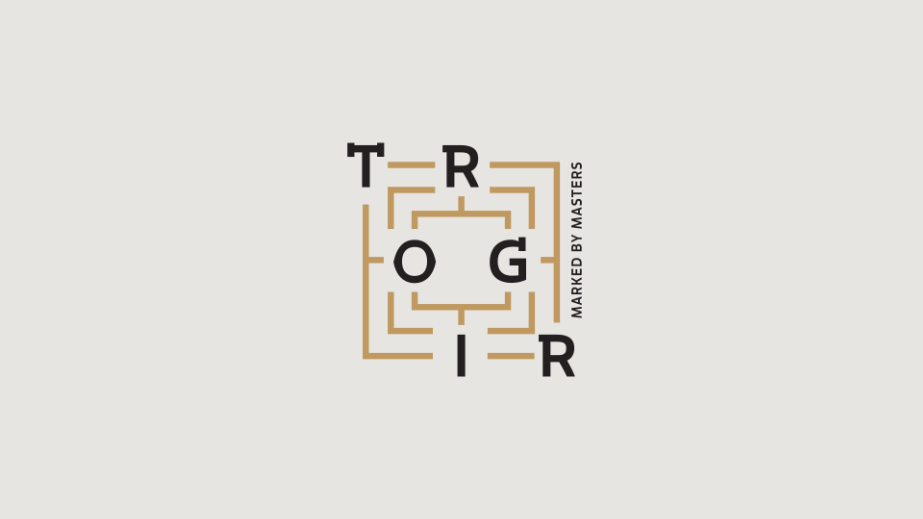 The person behind the new promo video which was also unveiled International award-winning Split cinematographer Milan Latkovic. Filming took place over 30 days with five hours of footage captured of which the first in a series of videos showing Trogir in a new light was created. The video is special in that it involves many people, with an emphasis on craftsmen, both those who used to create it, and many contemporary craftsmen like sculptors, painters, coralers, tanneries, as well as children from Trogir schools and kindergartens, athletes, grandmothers from the market, olive growers, beekeepers, winemakers, chefs and all those who make up the city.

“The filming was interesting and fun, and sometimes even dangerous, such as when we went into the apiary in shorts. There were also ankle twists along Trogir’s cobbles, the clouds knew how to cover the sun when it was not needed, but we still managed to capture everything just as we’d imagined. There were days when we were filming at 12 o’clock, which at 35 degrees and when the sun is at its most fierce can be quite exhausting, but in the lives of me and my colleague Ratko Ilijic, this is common. All for a good shot. We met a lot of great people from Trogir and learned many things we didn’t know about the city, even though we’d been there so many times before. We were most impressed by the craftsmen who work there and who haven’t been influenced by the negative effects of mass tourism, but who instead stick to tradition. It was challenging to reduce five hours of material don to just three minutes, but modern trends want short forms. Fortunately, we have so much great stuff captured that the plan and desire is to make a series of small videos in the next year in which we’ll show everything we filmed. It would be a shame not to see all that, too,’’ said Milan Latkovic. Many community leaders, tour guides, hotel and agency managers and other tourism professionals had the opportunity to visit the city for the first time during the presentation. A masterful tour through which all the special features of the new branding of the city were shown was led by experienced guide Ana Tomic. Famous Trogir chef Robert Predrag Žmire also joined the project, not only as a face in the video, but also as the author of a special, modern menu made up of traditional Trogir dishes. Children from kindergartens in Trogir were working on a project to play traditional games such as trlja all over the old town, with the aim of preventing them from falling into oblivion. 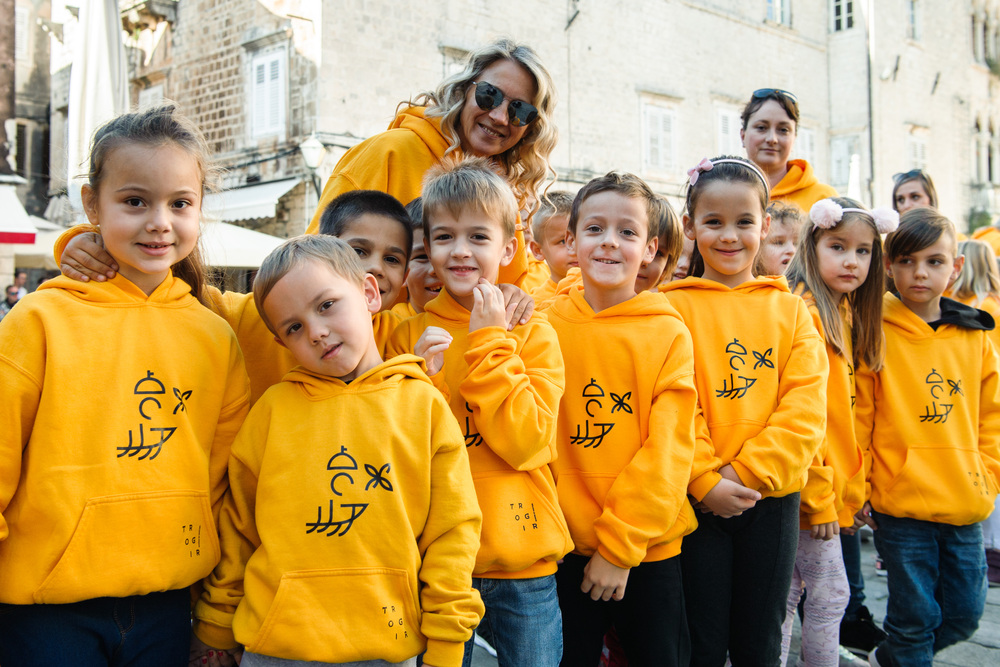 “The branding of a destination is very important, especially when it comes to tourist cities, for which tourism is one of the main branches of the economy. I really liked what I saw in Trogir and this is the direction that all Dalmatian cities should go in in terms of developing their brand, and I can say that Split is going in that direction as well,’’ said Alijana Vukšić, director of the Split Tourist Board.

In the coming years, the implementation of this project will follow, aiming at what everyone wants – to attract the more affluent, the so-called cultural tourists who stay longer and spend more through the revitalisation of neglected and hidden locations, both in the core and beyond, then the lengthening of the season, holding ‘’master’’ workshops, organising various events which encompass Trogir’s new brand throughout the year, cooperating with universities, hosting art colonies, and sports competitions.

You can see the new promo video below: