The Peline basketball court, nestled within century-old walls in the Croatian city of Dubrovnik, was recently named the best designed basketball court in the world by popular American interior design magazine Architectural Digest.

“For those who are lucky enough to play basketball within City Wall Rooftop Court in Dubrovnik, Croatia, the experience will likely stay with them for a lifetime. Not only is the court set within the old, terra-cotta roofs of the city, but the views of the Adriatic Sea are something out of a fairy tale in Croatia,” Architectural Digest wrote.

Now the famous basketball court has just got impressive new lighting, Grad Dubrovnik announced on Monday, posting an impressive drone video (below) showing it off. 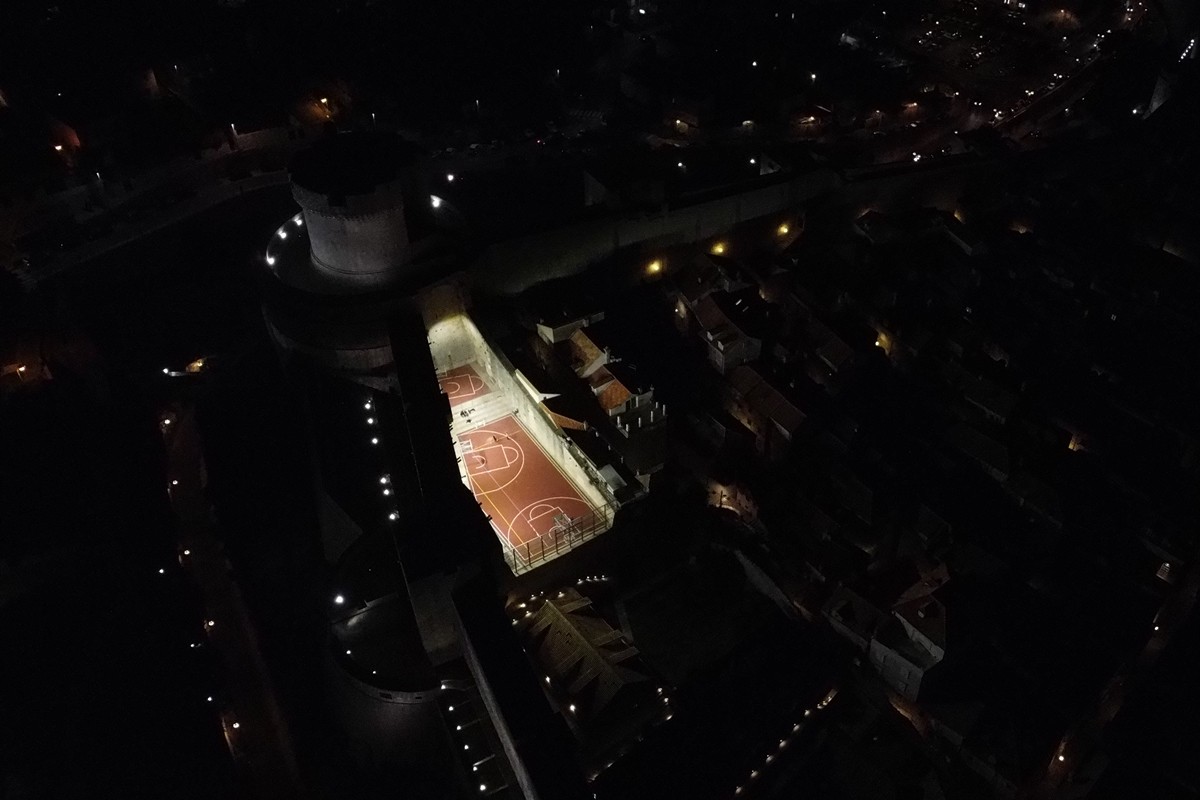 Spanish company Prilux International donated completely new LED lighting for the popular court, the Dubrovnik city administration said, adding that the current lighting was old and worn out. The value of the new lighting is said to be 27,000 HRK.

The Administrative Department for Communal Services, Transport and Local Self-Government of the City of Dubrovnik says that the lighting was made according to the lighting technical budget exclusively for the court and that all norms of protection against light pollution were respected.

Check out the video below of the new lighting.