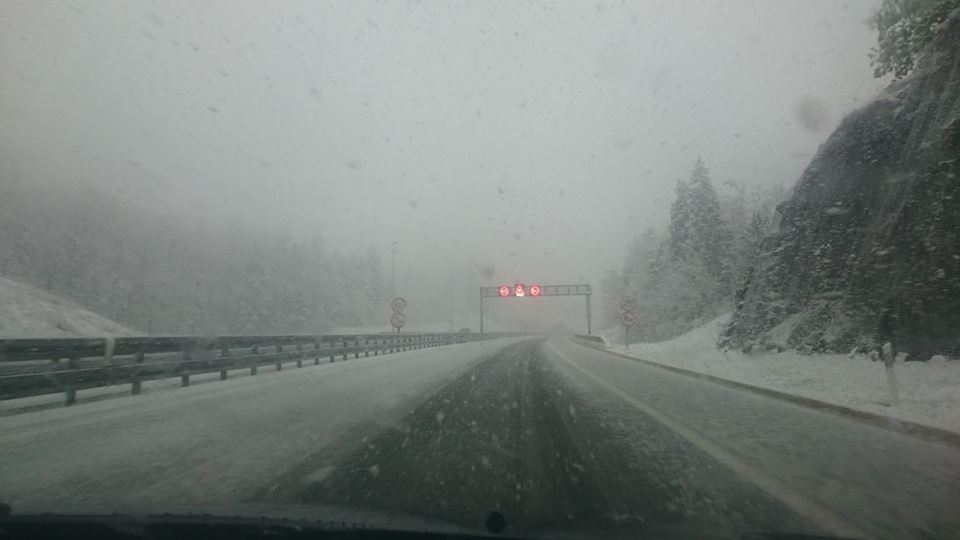 After a hot start to spring with record temperatures recorded around the country, snow has returned today to some parts of Croatia.

Snow has fallen on Sljeme mountain in Zagreb, as well in Lika and Gorski Kotar in Otočac, Brinje and Jezerane. In most parts of Lika temperatures have only managed to climb to just 4°C.

According to daily 24sata, snow has been falling heavily near Bosiljevo on the A1 highway leading towards Zagreb, and on the hills near the Mala Kapela tunnel.

Meanwhile, in Ćićarija, the mountainous plateau in the northern and north-eastern part of the Istria peninsula, Istramet report that snow has also been falling.

After an above average start to spring, which saw April records in Split (24.3°C), Dubrovnik (26.8°C), as well as in Hvar and Rijeka, a cold front has hit the country with the the State Met Office warning those with vineyards and orchards to be careful of early morning frosts this week.