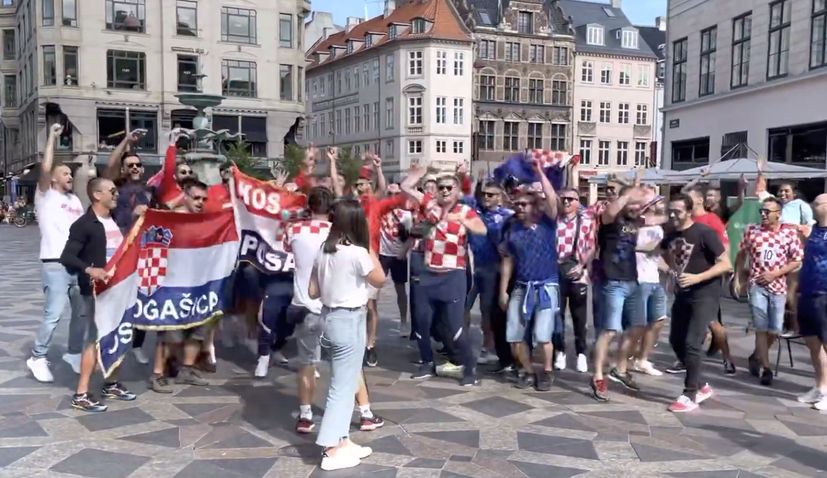 COPENHAGEN, 27 June 2021 – The atmosphere is starting to build up in Copenhagen ahead of tomorrow’s last 16 match at Euro 2020 between Croatia and Spain.

Hundreds of Croatian fans made their way to the Danish capital on Sunday and it did not take long for them to take to the streets and break out in song.

Croatian flags and red and white checkers dominated the centre of Copenhagen on Sunday afternoon with the famous chant ‘Bježite ljuuudi, bježite iz graaada’ echoing around the streets.

Other fan favourites like “Inati se, Slavonijo,” Moja Domovina” and “Oj Hrvatska mati” were also being belted out by the fans.

The Croatian sector for at Parken Stadium sold out in quick time when tickets went on sale on Thursday. Extra tickets were made available and around 5,000 Croatians are expected be there tomorrow night.

“Now it is much nicer than the first three games. This will be the first match at the Euro in front of a lot of our fans against a strong opponent. I hope that we will not disappoint them,” coach Zlatko Dalić said today.

Video below of the Croatian fans in Copenhagen.