The new music video for “Rose of Zagorje” by Borna Šercar’s Jazziana Croatica and the LADO ensemble premiered last night on CMC television and the YouTube channel of Croatia Records.

Since its founding in 2009, Jazziana Croatica, a leader in instrumental ethno jazz, has been striving to preserve Croatia’s musical heritage through new standards of contemporary jazz expression. Jazziana’s musicians, led by Born Šercar, have collaborated with many musical names such as Josip Lisac, Tamara Obrovac, Matija Dedić, Ante Gelo and Hrvoje Rupčić, and in 2019 began collaborating with the LADO Ensemble, which was put on hold due to the pandemic.

In the work on preserving various genres, they collaborated with LADO as the most famous Croatian folklore ensemble and a permanent and inviolable symbol of tradition and culture began. However, the goal of merging Jazziana Croatica and LADO is not just processing the existing traditional music, but creating a completely new value, creating a new direction, a unique hybrid form in which the traditional singing of Ladarica and the open jazz form of Jazziana intertwine, which permeated it with new freshness. Through this collaboration, well-known and some almost forgotten stories and legends such as those about Veronika Desinićka, Kosjenka and Ružica grad come to life. After the first video “Witches from Klek” which introduced the audience to a joint project in 2019, there is a new video called “Rose of Zagorje” which talks about Veronika Desinićka – Zagorje rose whose only sin was love.

The legend is based on events from the 15th century when the nobleman Fridrik Celjski, riding the gentle green hills of Hrvatsko Zagorje, met the beautiful but poor peasant Veronika from Desinić, a place not far from the Veliki Tabor castle. At first glance, love is as great as the green expanses of Zagorje, but it is not approved by Frederick’s father Herman II, who is trying in every way to separate the two lovers. 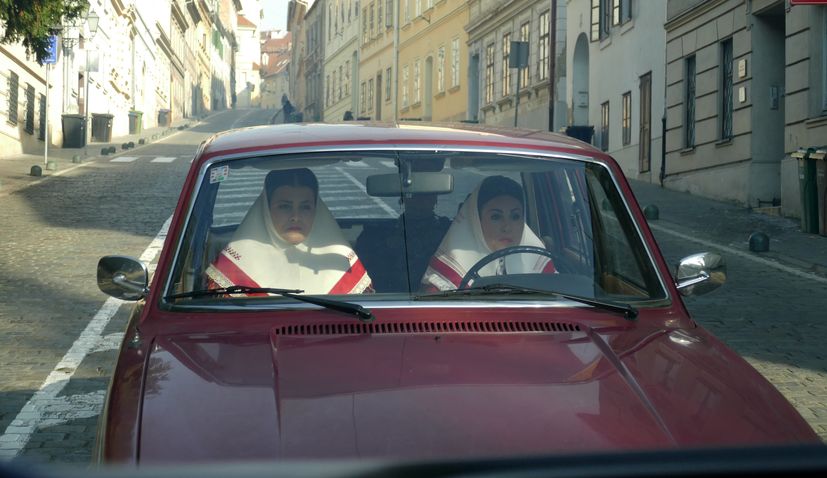 Director and screenwriter Duje Kundić made a modern turn to the fairy tale genre: “The legend of Veronika is a part of Croatian folklore that I decided to place in a modern environment – an urban environment. The city subtly takes on the role of the villain, and most people can identify with that. In this way, the city becomes a mediator through which we bring the unusual combination of LADO and Borna Šercar’s jazz closer to a wider audience.” With this project, the LADO continues its educational task of presenting protected intangible assets that are on the UNESCO lists or, as in this case, in the Register of Intangible Assets of the Ministry of Culture and Media of the Republic of Croatia.

LADO vocalists, who have mastered the harmonious challenges of jazz expression, were rehearsed by music director-conductor Bojan Pogrmilović. The composition, text and arrangement are signed by Borna Šercar, the director and screenwriter of the video is Duje Kundić, producer Krunoslav Šokac, cinematographer Andrea Kaštelan, assistant director Ana Skinner, while the editing is by Sandro Baraba.

The music video announces the album of Jazziana Croatica and the Ensemble LADO which will be released at the beginning of 2022. Check it out below.