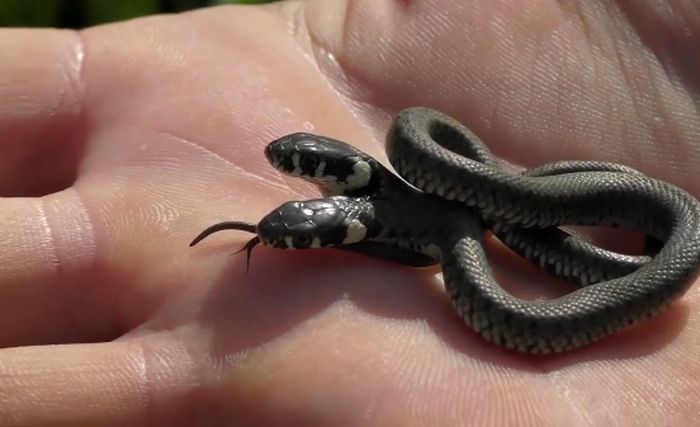 A young two-headed grass snake has been found in Croatia in a small town near the capital Zagreb.

The unique looking snake was found on Sunday by Josip Vranić near in the grass near his garage in the small town of Kravarsko, just outside of Zagreb, Barcroft TV reports.

The condition of multiple heads occurs in the same ways as conjoined twins where a developing embryo begins to split into identical twins but stops part way.

While two-headed snakes are able to survive they don’t tend to fare well in the wild because each head has its own personality. Fighting with each other and being uncoordinated leaves them vulnerable to predators.

Vranić saved the snaked from certain death and it has been given to a local zoo to look after.