Home » News » VIDEO: Pelješac Bridge gets put to the test 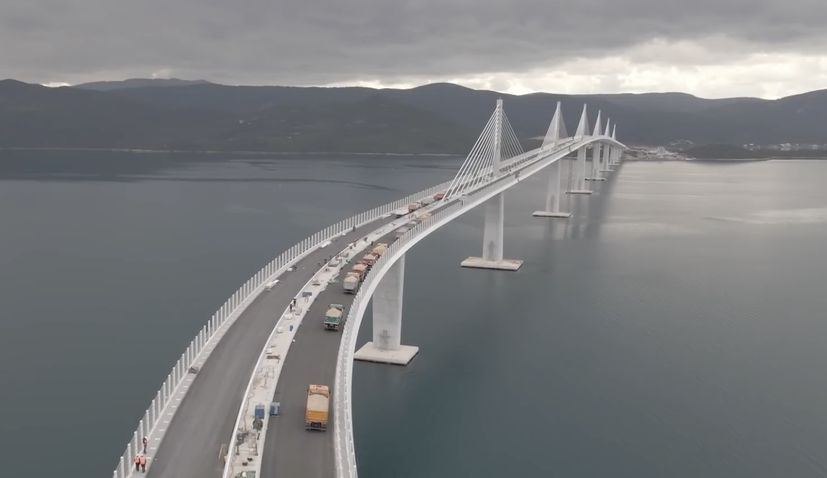 ZAGREB, 21 January 2022 – Pelješac Bridge, which is set to open to traffic in June this year, was put to the test this week.

With the asphalting phase complete, as well as protective fences and equipment within the span structure installed, the conditions for the test load of the bridge were met.

As daily Jutarnji list reported, 21 trucks weighing up to 40 tons arrived at the construction site on this week with testing carried out with cooperation with experts from the Faculty of Civil Engineering in Zagreb.

The test load is carried out at the target points of the structure in motion at speeds of 20/40/60 km / h and during sudden braking. The aim of the test is to show whether the behaviour of the structure under moving and stationary load is in accordance with the design. 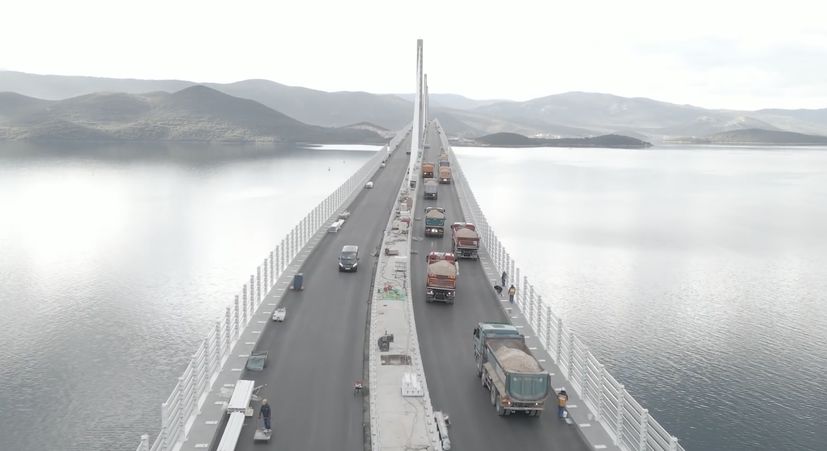 The specificity of the Pelješac Bridge project is the concrete that was installed, which has a strength that has not been realised in any project of this type in Croatia, and is designed to ensure the durability of steel load-bearing structure for 105 years.

You can see the video released by Croatian Roads below.