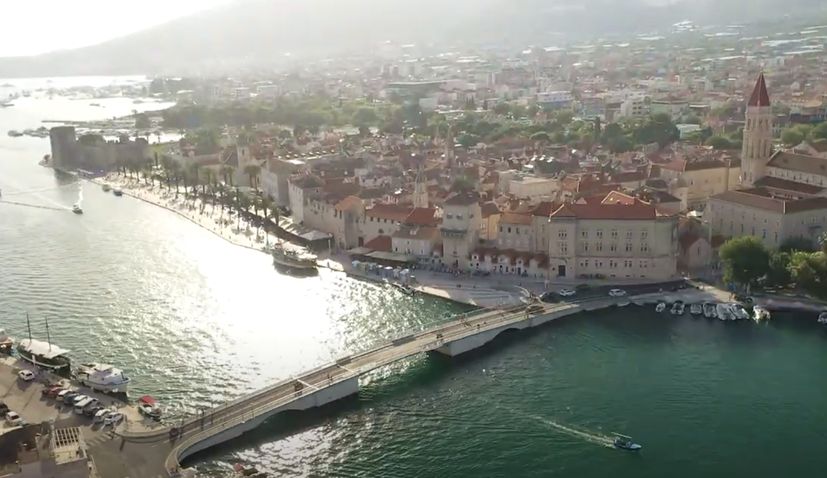 TROGIR, 30 June 2022 – After almost eight months since the it was removed for major repairs, the old Čiovo bridge, which connects the island of Čiovo and Trogir on the mainland, has opened again for vehicles and pedestrians.

Back in October, the central span of the bridge was lifted by a large crane with a capacity of 100 tons and taken to Radež shipyard in Blato on the island of Korčula for repairs.

“As announced, the bridge was opened before July 1 and will be operational during the main part of the tourist season, and with regular maintenance, for the next 50 years,” said Grad Trogir.

The repairs were part of a 20 million kuna project of the renovation of the old Čiovo bridge, which began in September 2021 and whose investor is Hrvatske ceste (Croatian Roads). 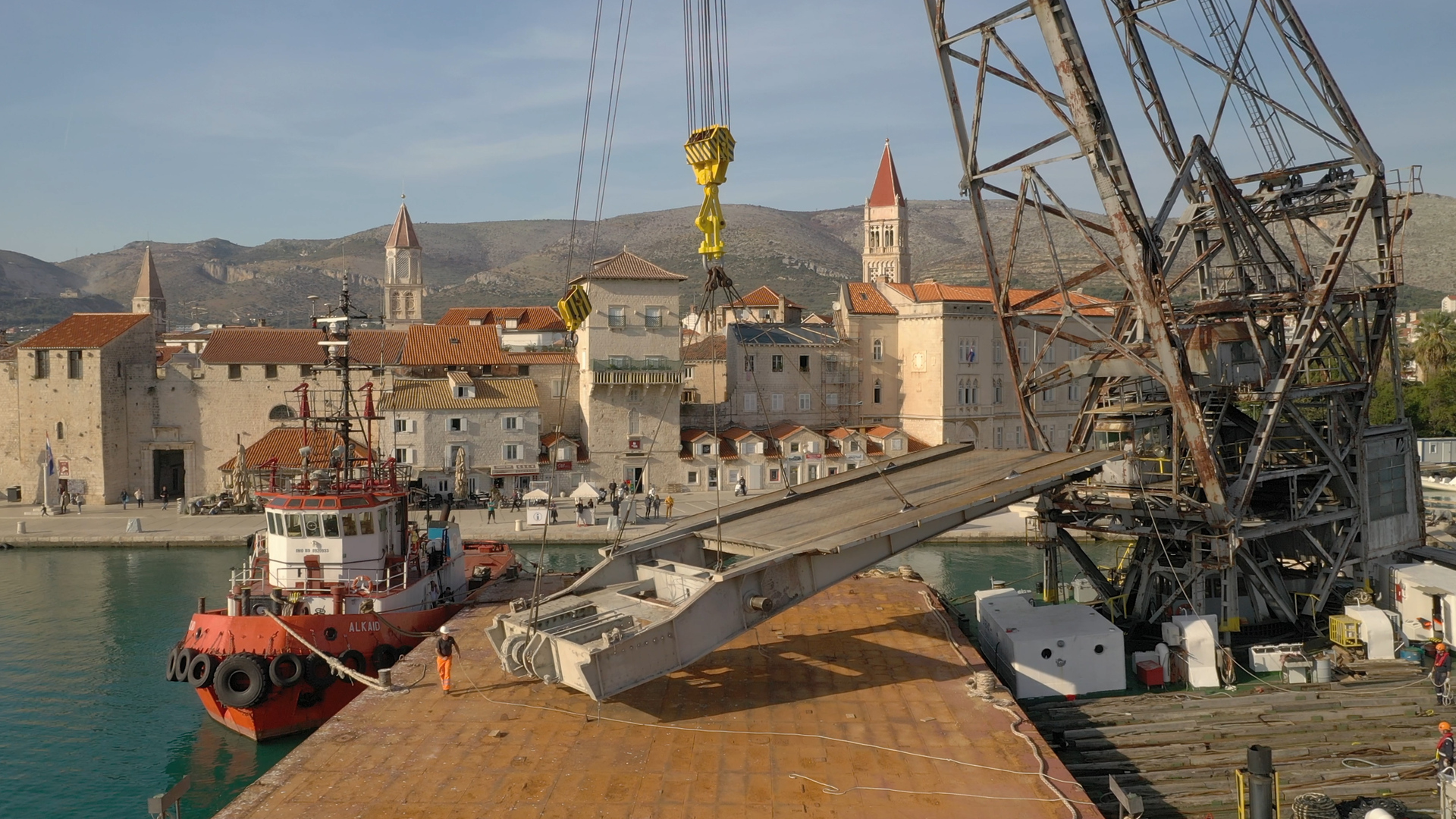 Thorough renovation and reconstruction of all elements of the 100-meter-long bridge was performed, starting with the stone structure, all electrical and mechanical equipment, pavement structure, to the most important part, the central steel structure which was the most demanding and due to which the identified poor condition of the reconstruction project took longer than planned.

After a test load was performed at the beginning of the week, all preconditions were provided and the bridge is now in function for vehicle traffic, while pedestrians were allowed to cross about 20 days ago.

“We can be happy and satisfied that this important project has come to an end. The bridge was in really bad condition, much worse than originally thought, so I congratulate everyone involved that they managed to finish the job on time and that we welcome the central part of the tourist season with the bridge in operation. I thank my fellow citizens for their patience, but it was worth it because they now have a safer and more beautiful bridge. It will also be after other works that are a little inconvenient, but a lasting value will be obtained. Thanks also to Hrvatske ceste for their cooperation and for once again being a quality partner to Trogir,” said the Mayor of Trogir Ante Bilić.

“We are proud of another successfully realised infrastructure project, especially because we know how functional and sentimental it is for Trogir. I think that everyone, especially the citizens of Trogir, can be satisfied with the completion of the project for the remediation of the old Čiovo bridge. It was a demanding engineering project and I am glad that Hrvatske ceste was authorised by the Government to manage it. Congratulations to all involved and I believe that the bridge will serve its purpose for decades to come, with, of course, a prerequisite for regular maintenance,” said the President of the Board of Hrvatske ceste Josip Škorić.

See the time-lapse video below courtesy of Hrvatske ceste.