With a month to go before the 2022 FIFA World Cup starts in Qatar, Alen Vitasović and Valerio Ricchiuto’s Croatian football supporters’ song, “Milijuni srca” (Million hearts), already has chalked up thousands of views on YouTube.

This duo are big football fans, and when it comes to the Croatian national team – they are especially passionate. This is exactly what brought them together to create a duet and unite their love for football.

When the well-known voice and emotion of Alen combined with the young tenor Valerio, there was no doubt that the song would quickly take off, but they did not expected that it would achieve such good results even before the World Cup begun. 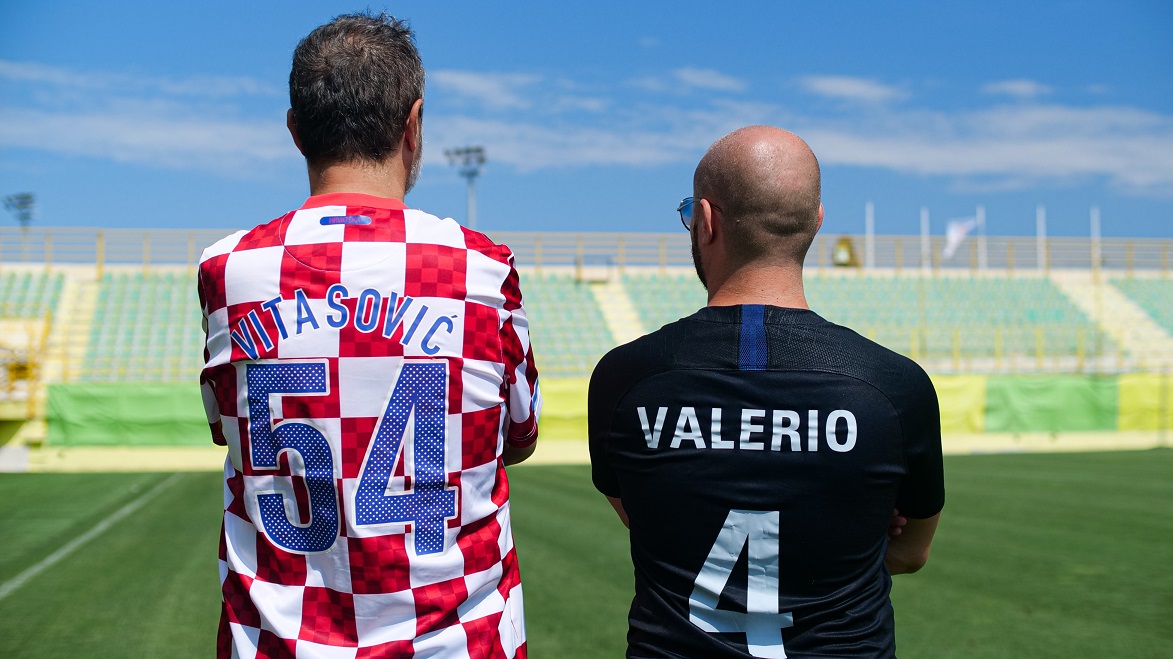 “We believed, but who would have thought that in such a short time we would count tens of thousands of clicks on YouTube. We are overjoyed because this is an indication that the song could potentially gain a permanent place in the hearts of the fans. We got into this as football fans, but it seems that the idea was more than good,” said Valerio, who has been building a successful music career in recent years.

The music for the song “Milijuni srca” is written by Bruno Krajcar, the lyrics by Ante Majić, while the arrangements are by Mauro Giorgi.