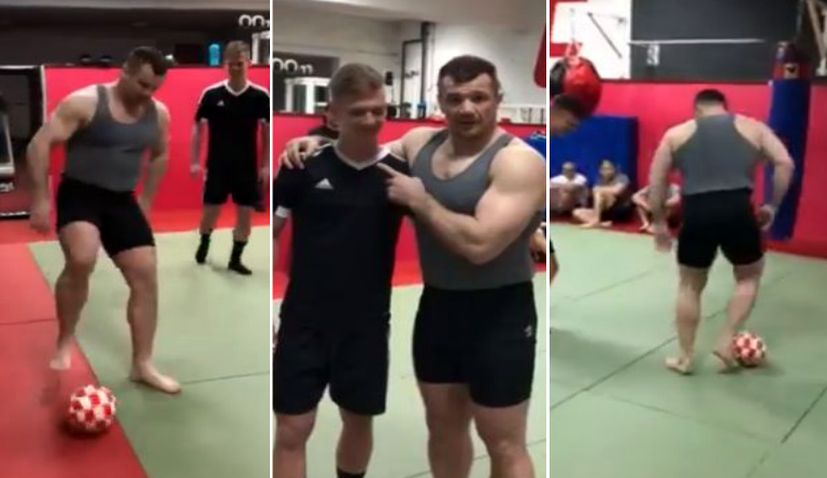 There is no doubt about legendary Croatian fighter Mirko ‘Cro Cop’ Filipovic’s fancy footwork in the ring. But how is he with a football?

When former Barcelona and Spain U-17 captain and current Dinamo Zagreb midfielder Dani Olmo turned up to challenge him for a bit of one-on-one we found out.

“My friend arrived, Dinamo attacker and future international, either Spanish or Croatian, Olmo, so first he has to pass this test to see if he has what it takes to be an international,” Cro Cop said before the pair played a first to 3 match.

The 43-year-old MMA star, who was a striker for Cibalija in his younger days, is currently in training to fight for the first time in Bellator MMA. Cro Cop will meet Roy Nelson at Bellator 200 on May 25, 2018 at the SSE Arena, Wembley in London, England.

Maybe some Premier League scouts will head to the fight at Wembley after this performance.

Check out who won.