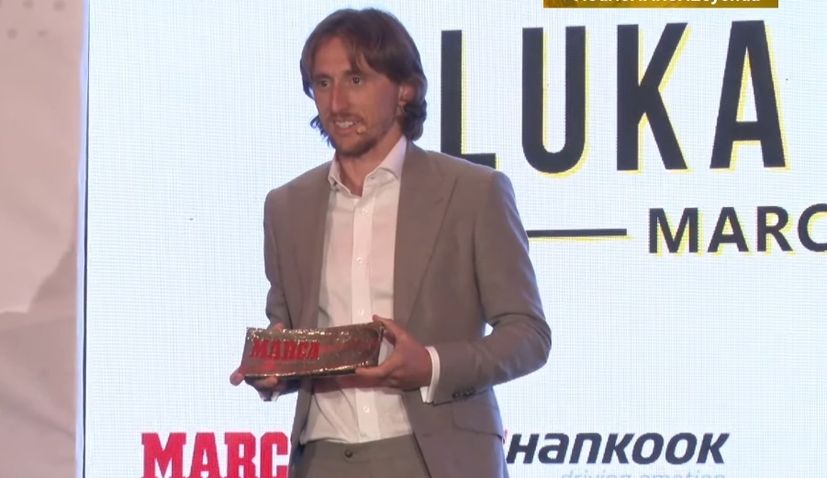 Luka Modrić received the Marca Leyenda (Marca Legend) award in recognition of his outstanding career, which has seen him become a key figure at Real Madrid during the club’s most successful periods. This prestigious award is given by the respected Spanish newspaper to the best sports professionals in Spain.

Modrić was presented with the award at a ceremony that took place at the Casino de Madrid. Luka arrived in the company of his wife, Vanja Modrić, and was accompanied by the director of Marca. The Modrić couple shone on the red carpet, took photos, and headed to their seats.

Luka walked into the hall of the Madrid casino through a line of kids in Real Madrid jerseys on one side and Croatia jerseys on the other. In his introductory words, he said that he was very emotional to receive this award, given to legends like Messi and Ronaldo.

Modrić has won 19 trophies since joining the club in 2012. As a madridista, he has won four Champions Leagues, four Club World Cups, three UEFA Super Cups, three LaLiga titles, one Copa del Rey, and four Spanish Super Cups. In 2018, he was also awarded the Ballon d’Or.

During the award ceremony, Modrić spoke proudly of his time as a Real Madrid player: “I’m grateful for the affection the fans give me and they show it every day. I try to give everything every time I put on the shirt to return this affection. Real Madrid is my home and I feel incredibly happy. I’m just another madridista and this will last for the rest of my life. Thank you very much for this award; when you consider all the winners, it’s an honor to be among these sportsmen and women”.