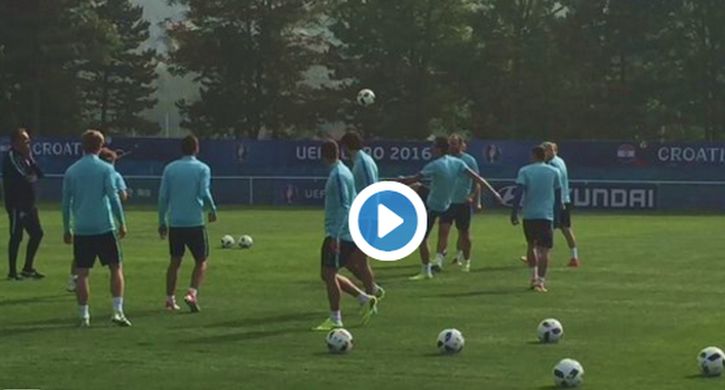 A training warm-up fun game of one-touch keepy-uppy between the side was, according to reporter at the ground Elvir Islamovic, spiced up by captain Darijo Srna who decided to make it interesting and imposed a monetary penalty of €100 every time a player ‘broke the chain’.

As seen in a video posted on Twitter by Islamovic, things look very Brazilian-esq before Mario Mandžukić’s header sold Modrić short. The players then take delight in shouting ‘200’!.  Don’t think the Real Madrid star will be too bothered about coughing up the fine, considering he reported earns over €120,000 a week.

Check out the video clip below courtesy of Elvir Islamovic (@UEFAcomElvirI)