Home » Latest » [VIDEO] Latest on the Wildfires in Croatia 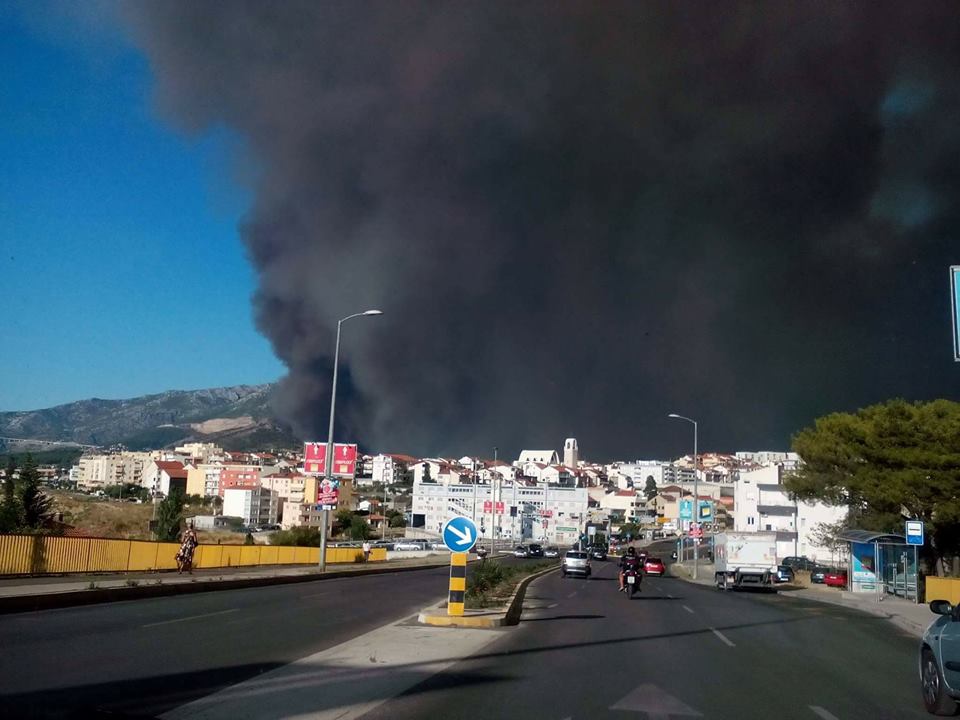 The fires are only 1 km from Split (Photo: Vatrogasci – oni su nasi heroji)

The latest from the devasting fires that have been raging since yesterday in Dalmatia.

17:30 – The situation in Split is a lot better. 380 firefighters and 120 fire engines are on site and still smaller fires are being put under control. Favourable weather conditions are helping.

13:45 – Most fires in the Split area are now under control. A video of some of the damage posted by ST Dron. Over 4,500 hectares of forest land has been damaged as well as dozens of homes.

13:10 – The latest situation on the roads via Hrvatski Autoklub (HAK).

The A1 Zagreb-Split-Ploče is fully open for traffic in both directions as well as the expressway Solin-Klis.

Roads closed due to wildfires:

13:00 – A statement from the Director of the Croatian National Tourist Office UK & Ireland, Ivona Grgan.

“The wildfires that occurred and spread across the surrounding areas of the City of Split since early Monday morning are currently subsiding and expected to be further subdued and put fully under control.

The Split Meteorological Centre is forecasting a rapid decrease of the northern “bura” wind, this combined with the united efforts of 384 firefighters, 102 vehicles and canadairs indicate the wildfires will be thoroughly suppressed in due course. All the flights to Split from the UK are on schedule, foreign visitors to Split and central Dalmatia are unharmed, and there were no cancellations whatsoever. “

11:45 – Fires have started again in Strožanac. Firefighters are working to get them under control. Split’s Spaladium Arena is still open as an evacuation centre. 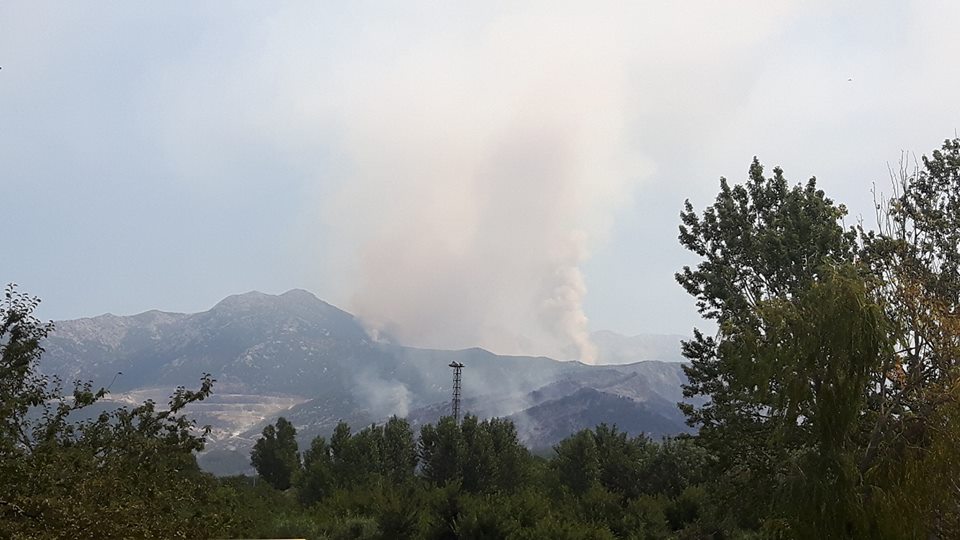 Taken around 11:45 on Tuesday morning near Strožanac (Photo: Croatian Firefighters/Facebook)

10:30 – Officials in Podstrana say that fires are now under control in the area but it is likely that most of the day will be spent fully putting them out.

9:30 – The Ministry of Defence says that 2 Canadair planes and 2 air-tractors have been deployed to control the worst of the fires still burning. People near Podstrana and Strožanac have been advised to stay inside their homes and keep windows and doors shut. 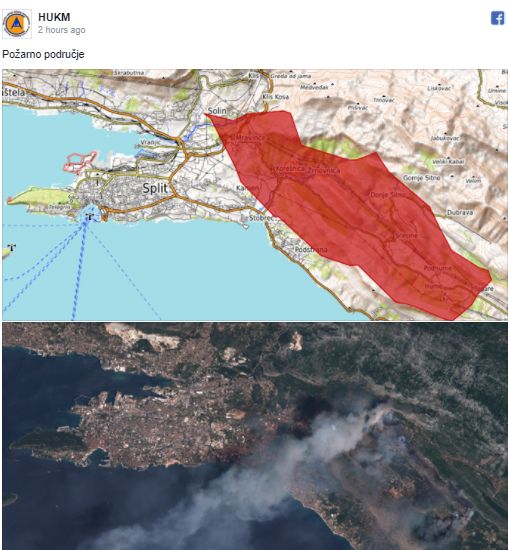 08:45 – Winds have weakened and the situation is far better than it has been.

08:00 – Around 400 firefighters and 102 fire engines are on the scene this morning, also Canadair planes are helping this morning control the fires that remain. Dozens of homes and cars were burnt overnight as fires in areas just outside of Split continued to burn around Strožanac, Žrnovnica and Podstrana. Firefighters managed to protect most homes.

The A1 Zagreb-Split-Ploče is fully open for traffic in both directions. The expressway Solin-Klis is open only in direction Split, the speed limit is 60 km/h.

01:30 – Firefighters from all over Croatia have been dispatched to the Split region. Whilst fires were controlled in Split they again have started to rage outside of the city in forest land near Perun. Parts of Donji Podstrana have been evacuated.

23:05 – The Split Spaladium Arena will be used as an evacuation centre which will accommodate around 250 people.

Enormous fire in Podstrana, near Split. People trying to save their houses, the whole hill is on fire :'( pic.twitter.com/k8Vk4Sk0ou

22:50 – Drazen Glavina, from Split County Fire Department, says that the fire in the city of Split is under control.

“Split is safe and will be safe tonight. We have managed to control mainly everything. We will now focus on the small localized fires. ”

There are 300 firefighters and over 200 volunteers who will remain on site. People are warned to be careful with water usage in the Split area.  They are working on restoring power to the eastern part of the city.

22:30 – The fire had reached Split but the worst of the fires were being controlled. Strong winds are making the job difficult still in the area.

“The situation is tough, but people are distributed. It will be a long night. We will do all to protect people and homes,” said Defence Minister Damir Krstičević, who says 500 soldiers, and more if required, have been sent to help.

Serious fires have been raging all Monday on the Dalmatian coast.

Hundreds of firefighters, volunteers, and members of the army have been battling a number of fires in the Split-Dalmatia County on Croatia’s Dalmatian coast which started in the early hours of Monday morning.

Serious fires have destroyed property and claimed one life (Screenshot/SlobodnaDalmacija)

Scenes in Srinjinje, Gornje Sitno, and Donje Sitno and Žrnovnica have been described as ‘apocalyptic’, with a number of houses burnt down already in Žrnovnica. There has also already been one fatality from the blazes.

Homes have been evacuated as strong winds spread the fires rapidly.

“It is very serious. I hope that we will get them under control, but the situation is serious. The most difficult are in the Žrnovnica area,” Minister Damir Krstičević said.

The fires are only 1 km from Split (Photo: Vatrogasci – oni su nasi heroji) 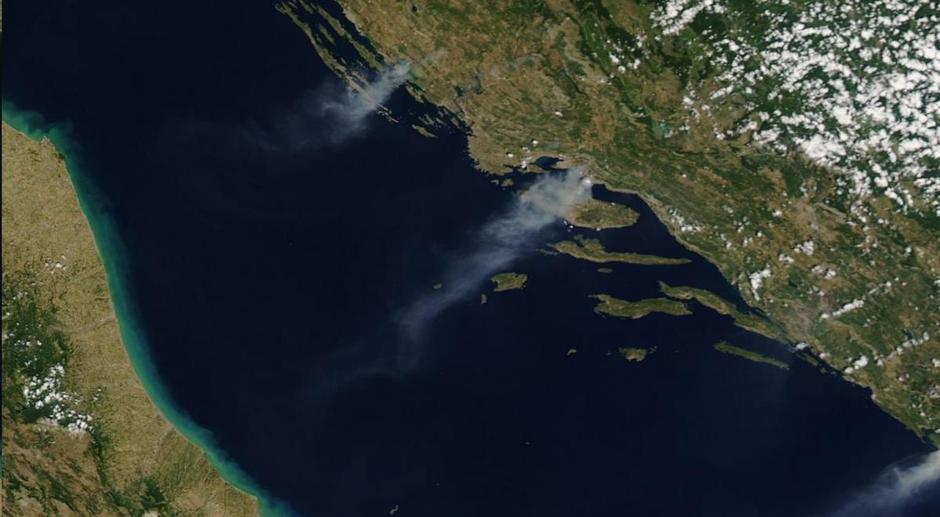 Photo from NASA showing the smoke from the blazes (NASA)

Video from Split below showing smoke engulfing the city. Around 400 people are battling to put out 12 separate fires in the Split region this evening as winds continue to make it difficult to control the blazes. 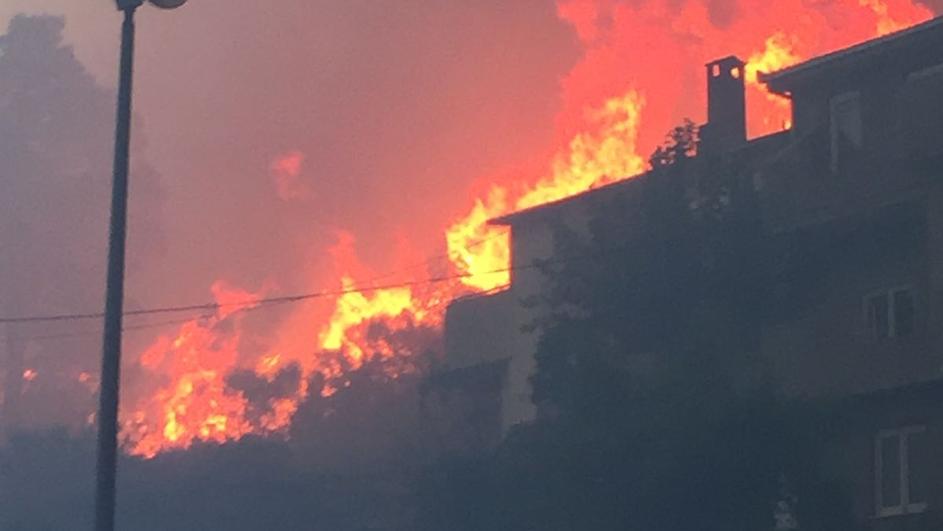 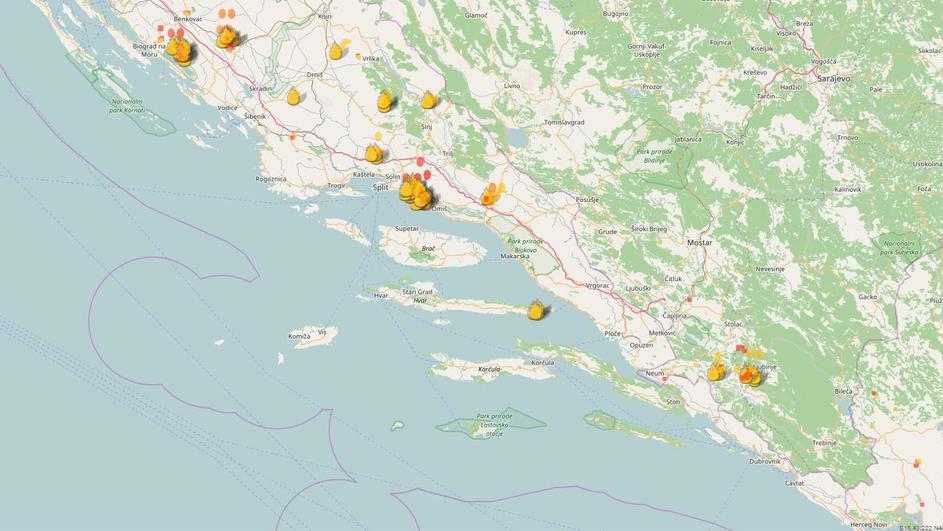 Where the blazes are going on the map (Credit: Dalmatinoid) 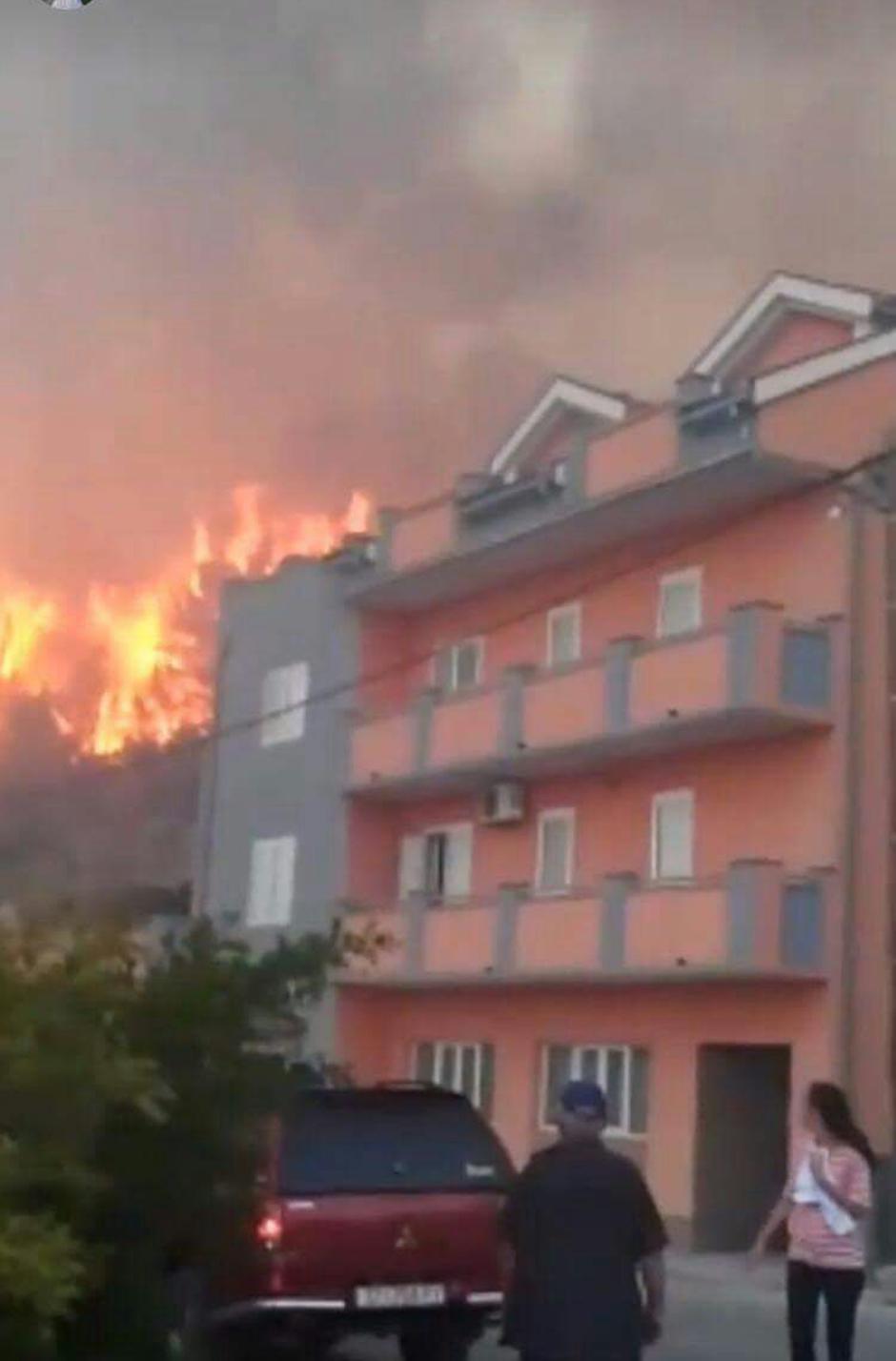 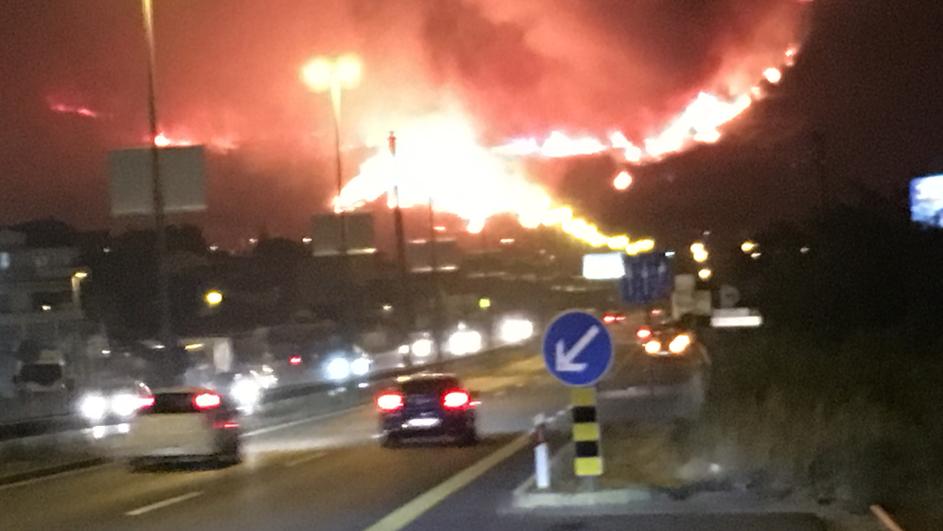 We will update this article as more details come in.