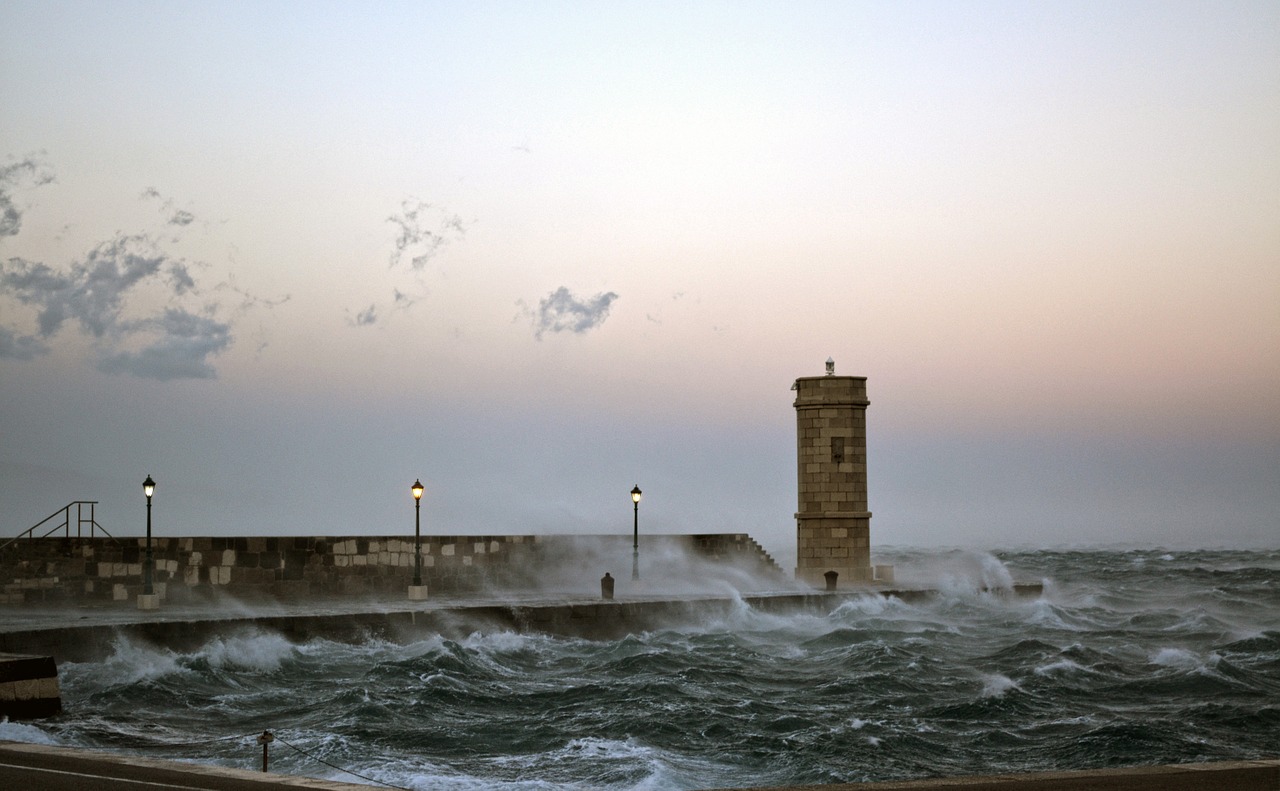 13 November 2019 – One of the strongest Jugo (southeastern) winds, combined with torrential rain, has swept through along the Croatian coast on Tuesday, causing high tides, floods and traffic difficulties.

The Croatian Hydrographic Institute has reported this morning that record high waves have been measured in the Adriatic. The record wave was recorded on Tuesday at around 4 pm near the small island of Sveti Andrija near Dubrovnik.

The Civil Protection Directorate announced on Wednesday morning that the storms had affected almost the entire coast from Dubrovnik to Istria and fortunately there were no injuries.

Flooding was recorded in Split, Rovinj, Porec and many other places along the coast. The storm hit the county yesterday morning, tearing down pine trees in National Park Mljet NP, and there were landslides also reported. Power poles and trees in several settlements collapsed.

Winds exceeded 140 km / h in the Dubrovnik area, and 134.28 km / h was recorded at the official DHMZ weather station on Marjan in Split, Dalmacija Danas reported. This was the third highest Jugo wind speed in Split officially recorded in the last 60 years.

Video below taken yesterday on the island of Brač by Anna Hero.

The forecast is for more sunshine on the Dalmatian coast for the rest of week but some showers are still expected. The rain will also stop on Wednesday in Istria.

Some more video footage of the storm below.