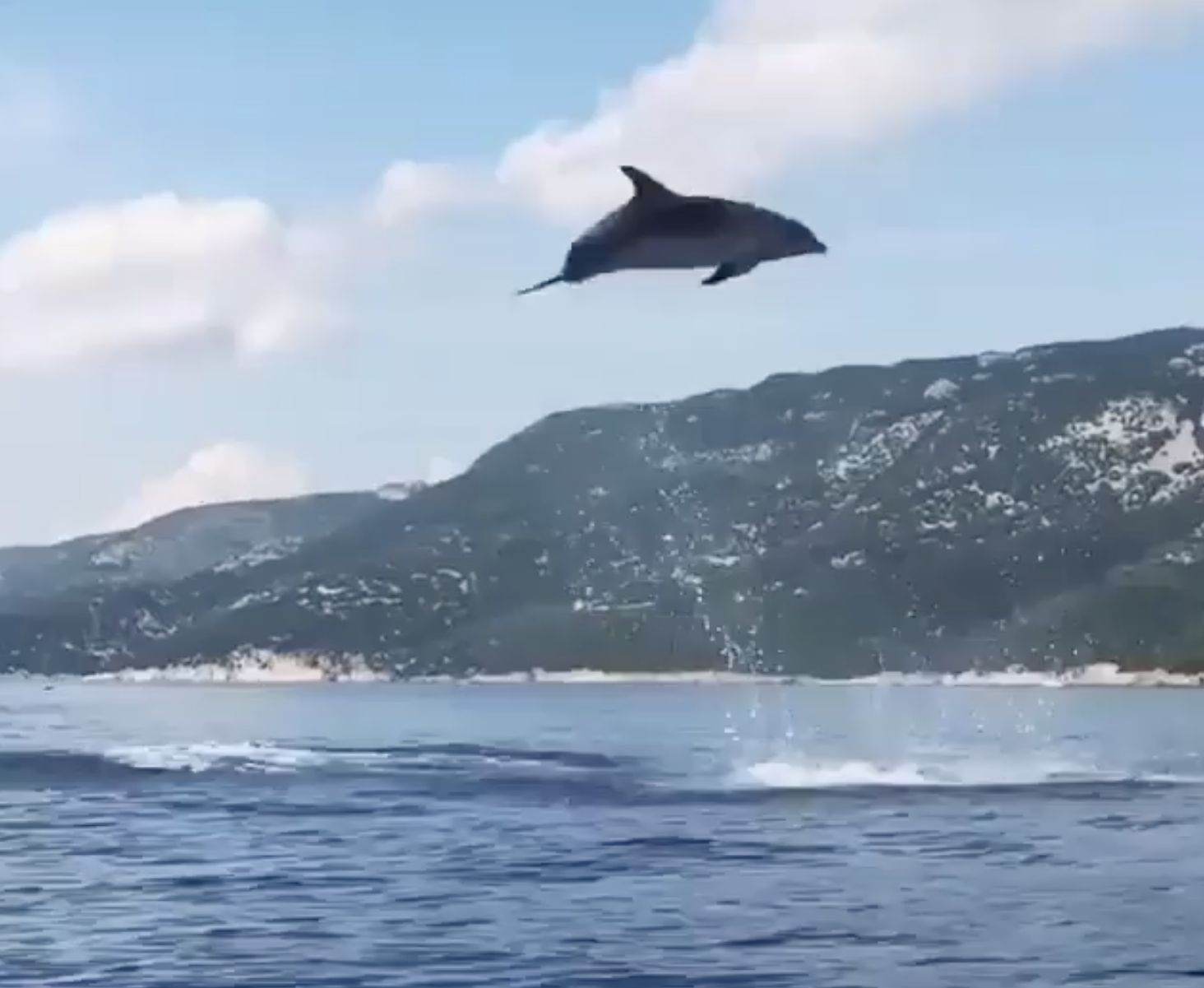 Dolphins put on a show (screenshot)

Happy dolphins put on a spectacular show on the northern Croatian coast.

Seeing dolphins close to the shore in the Adriatic is not uncommon, and if you are lucky in some parts you can even have the chance to swim with some, as tourists did last summer around Dubrovnik.

This week near Martinšćica on the west coast of the island of Cres, some dolphins put on a stunning acrobatic show with jumps out of the sea.

Dolphins are said to jump out of the water to avoid predators, to get oriented above the water and to take breaths.

The amazing show was captured by Anja Toplek who was out on a boat. Check out the footage below.

A large number of dolphins have been spotted this summer off the northern coast of Croatia.