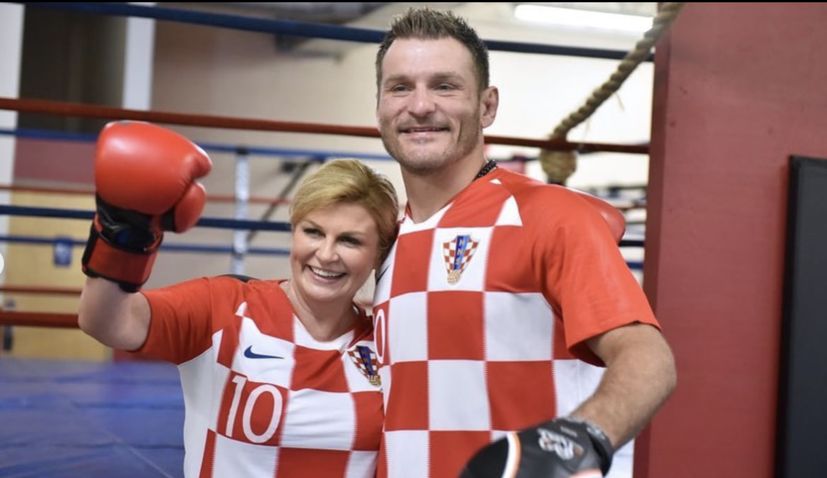 CLEVELAND, 20 September 2019 – Croatian president Kolinda Grabar-Kitarović is currently in the United States where she will give a keynote speech at the Croatian American Professionals (ACAP) fourth annual conference this evening.

During her stay in Cleveland she had time to stop by and pay a visit to UFC heavyweight champ and the most famous Croatian in Cleveland – Stipe Miocic. 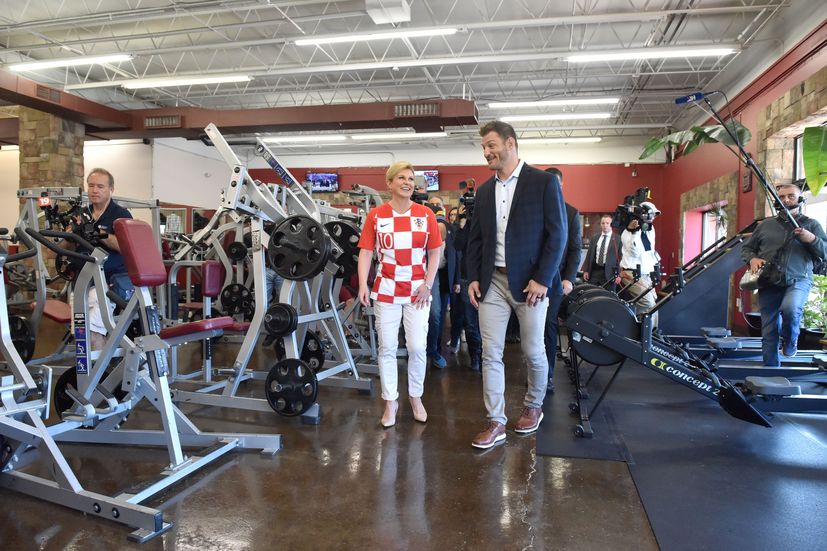 Miocic hosted the presented in the gym he has trained at for the past 20 years, the Strong Style Training Centre, and introduced her to his family and team.

The pair exchanged gifts with President Grabar-Kitarović receiving a pair of boxing gloves signed by Miocic, whilst the UFC champ received a Croatian football shirt with his name on the back. 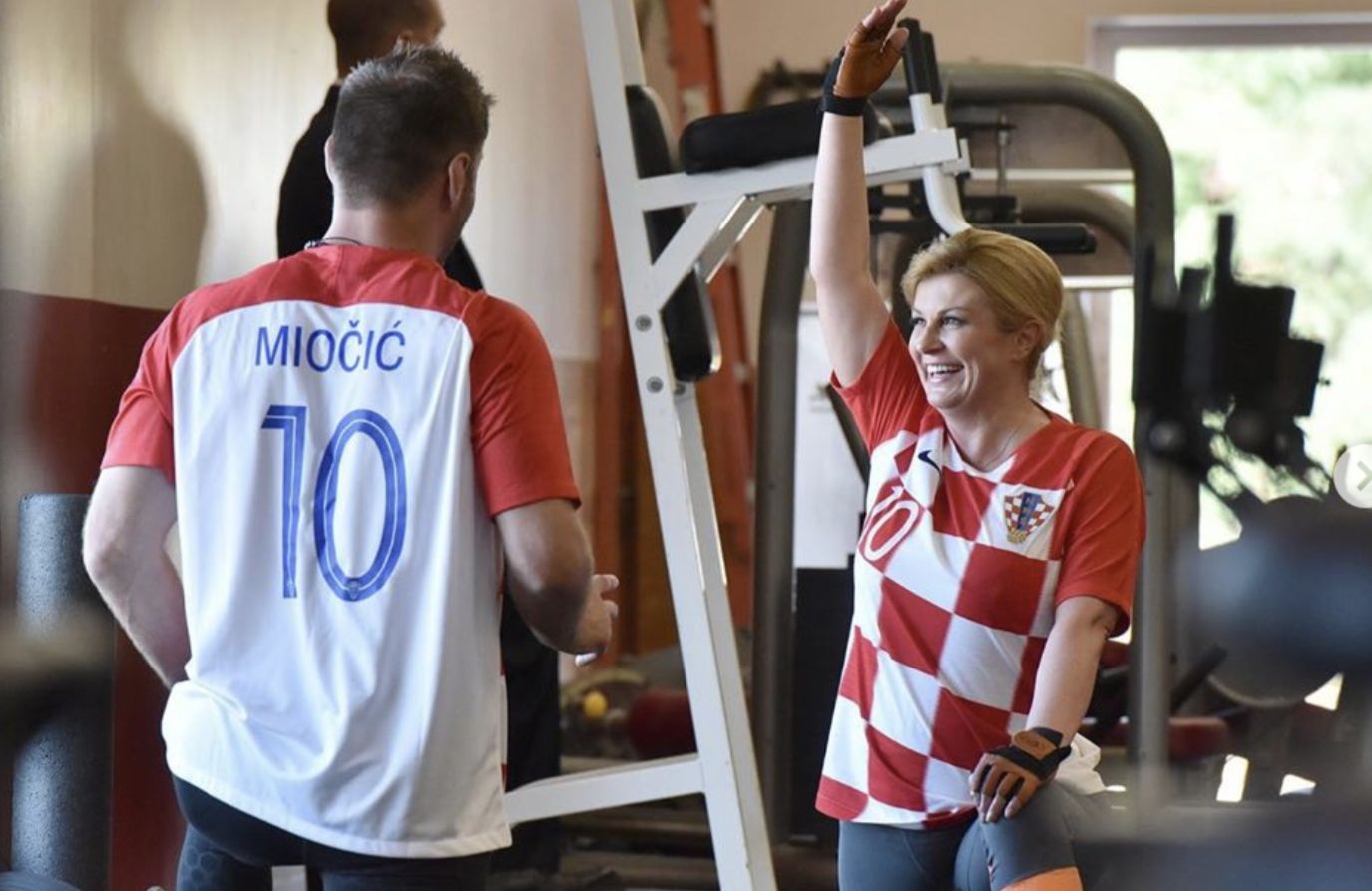 Stipe then showed President Grabar-Kitarović a few martial art techniques before she showed him a few punches, brushing the champ on the nose and sending him to the ground.

“She hit me with a good right hand. It hurts,” Stipe joked. 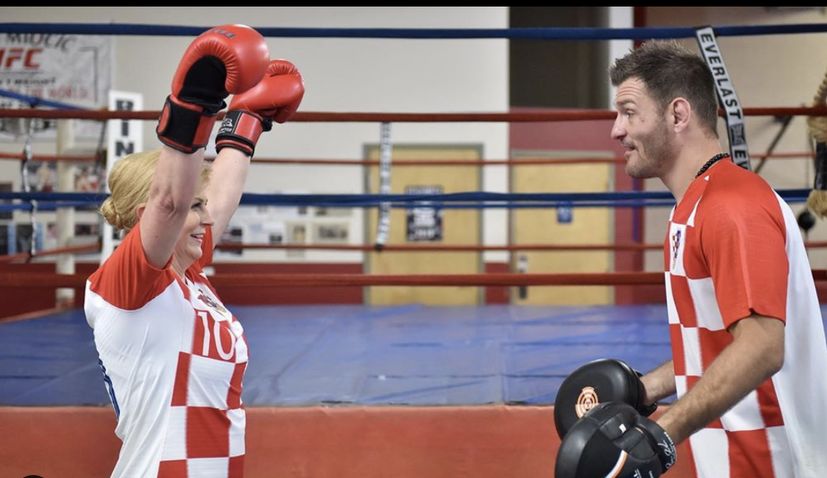 “He was at my office last year and I promised him that I would come and visit him. He showed me a few useful exercises,” the president commented. 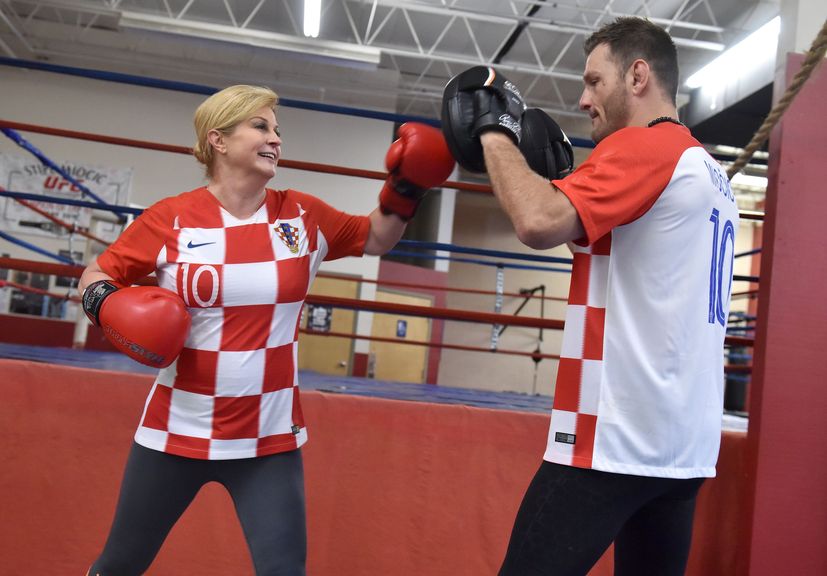 “It is amazing, (Croatia) is where my family is from and I love everything about it. The people are awesome, I can’t explain it, it is just a feeling. When I went to the mall there, there was a big queue of people to see me, I was there for 3-4 hours, I was going to stay the whole time, to see that makes me wanna cry,” Stipe, who says he is planning to visit Croatia again soon, said.

Check out the video on the link here.