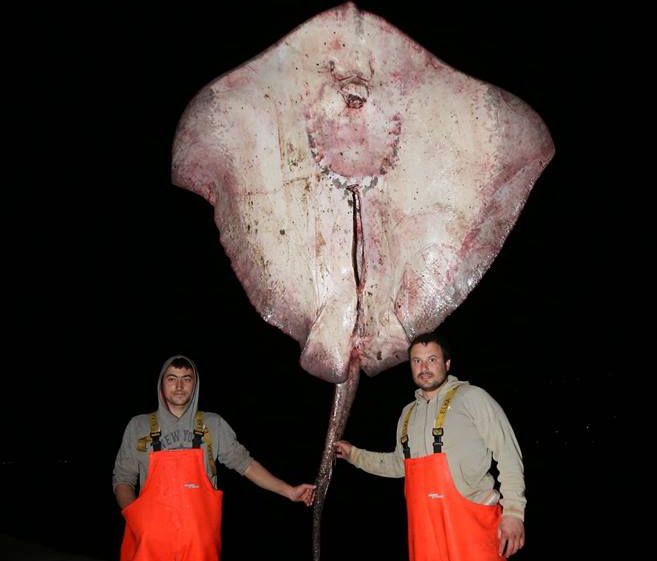 Two fishermen in Croatia have caught a gigantic stingray a few miles off the coast of the small island of Glavat on the southern Dalmatian coast.

The two fishermen, Marko and Andrija from the island of Korčula who were on board Marko’s boat Adriana, were out trawling at a depth of around 160 metres when they made the rare catch. 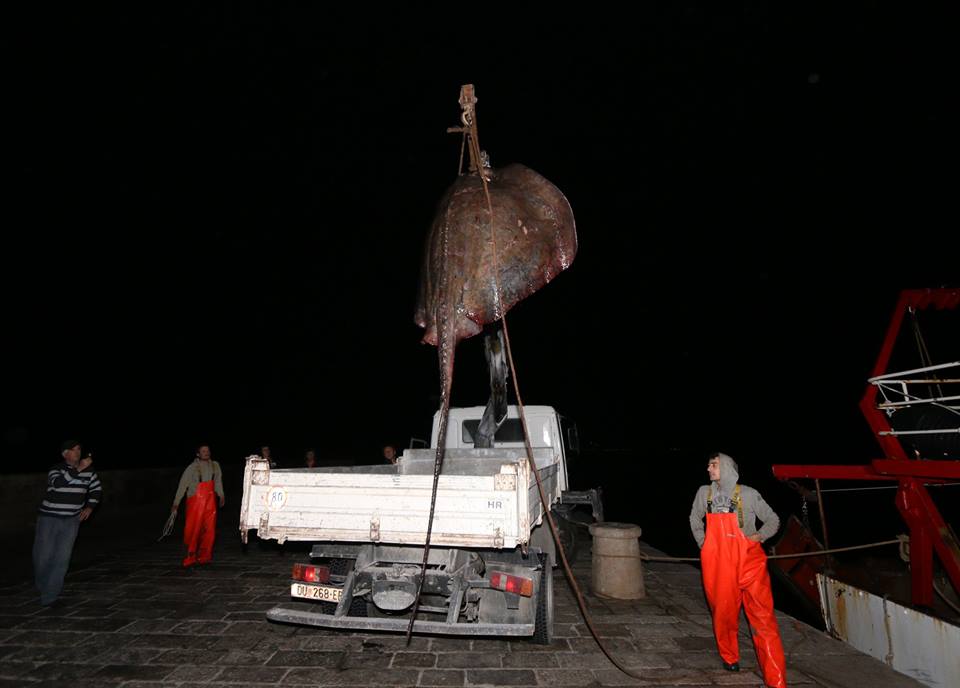 “It is up to 4 metres long, usually they are around 1-1.3 metres and it is body is 2.1 metres wide and weights around 200 kg. The biggest, from what we could find, was caught in 1953 in the Hvar channel which was 396 cm. Usually anything longer than 2-3 metres is rare in the Adriatic,” photographer Ivica Trojanović explained. 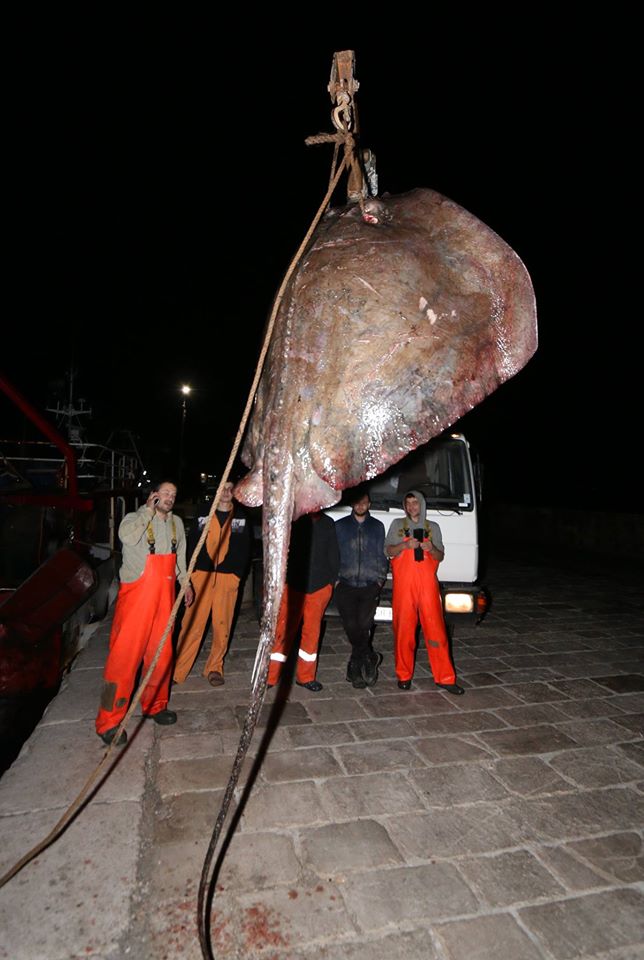 Marko and Andrija’s stingray was 3.8 metres long and 2.1 metres wide. It could not be weighed as the scales only went up to 200 kg but it was estimated to weigh between 250 and 300 kg. The stingray could hardly fit on the truck.

Check out the photos below posted by Trojanović.