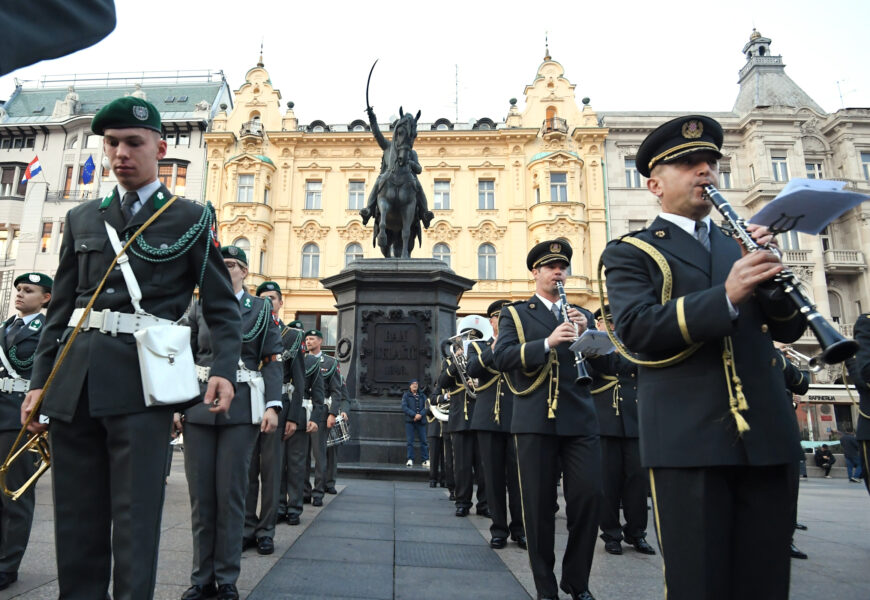 ZAGREB, 6 Nov (Hina) – The military orchestras of Austria and Croatia held a joint concert in Zagreb’s Jelačić Square on Thursday evening to mark the 30th anniversary of the establishment of the  diplomatic relations between the two countries.

The Croatian defence ministry said in a press release that the orchestras performed several historical marching songs, and received a warm applause from the crowd in the square.

The commander and conductor of the Croatian Armed Forces Wind Orchestra, Miroslav Vukojevac Dugan, was quoted as saying that he hoped that the two orchestras would continue fostering their cooperation.

Video below courtesy of MORH.