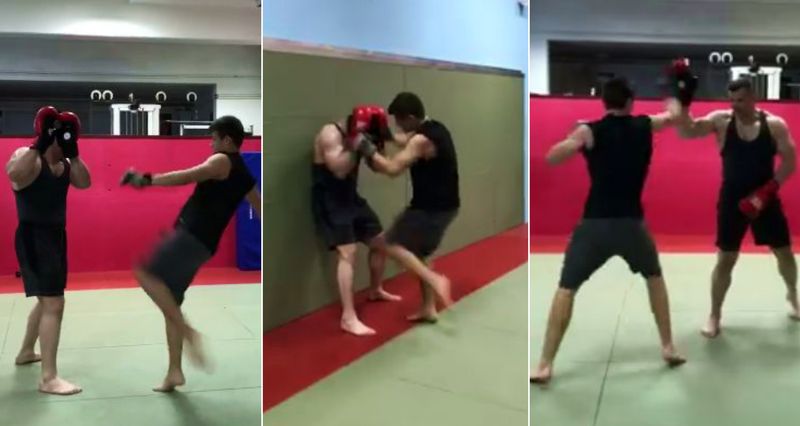 Legendary Croatian fighter Mirko ‘Cro Cop’ Filipović may have retired, but it might not be long until another Filipović comes onto the scene.

Cro Cop’s son Ivan is following in his father’s footsteps and is already reminding many of how his father was at a young age.

Mirko has posted a video of himself sparring with his son, and the youngster is showing good form.

“If his heart is drawn to the sport, he will have my support. He will have, if nothing else, the best coach in the world”, Cro Cop said about his son following in his footsteps.

Filipović senior will go down as one of the greatest heavyweights in kickboxing and mixed martial arts in history.

Check out father and son sparring in the ring.