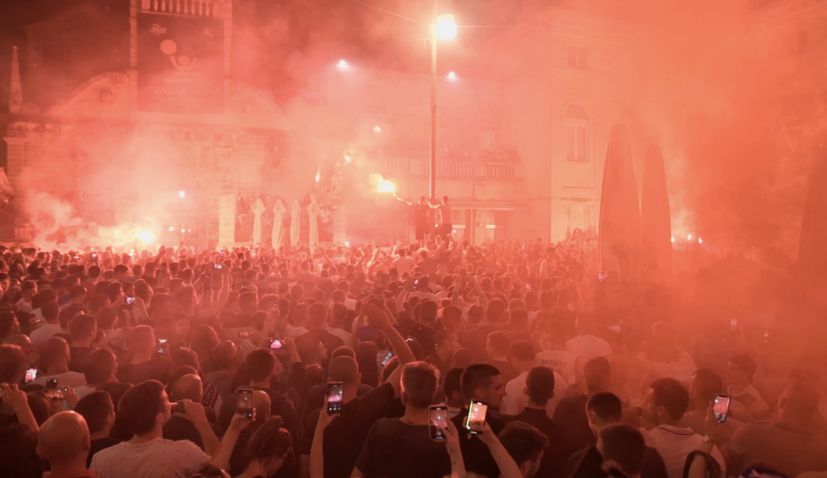 KK Zadar are the new Croatian basketball champions after they defeated KK Split 84-57 in the decisive fifth game of the finals in Zadar on Saturday night.

The 3-2 final series win gave Zadar their first title in 13 years and their third title in the history of the club.

There was a big contingent of Zadar fans in the Krešimir Ćosić Arena in Višnjik watching the game, but lots more in the main square there to celebrate the title.

Thousands of fans who gathered in the People’s Square where they celebrated the traditional Croatian way with singing and flares.

The last time Zadar became the Croatian champions was back in 2008 when they also beat KK Split 3–2 in the best of 5 series. Zadar is considered by many to be the home of Croatian basketball, where it was born in 1930.

Check out the video below courtesy of Ivan Toman.