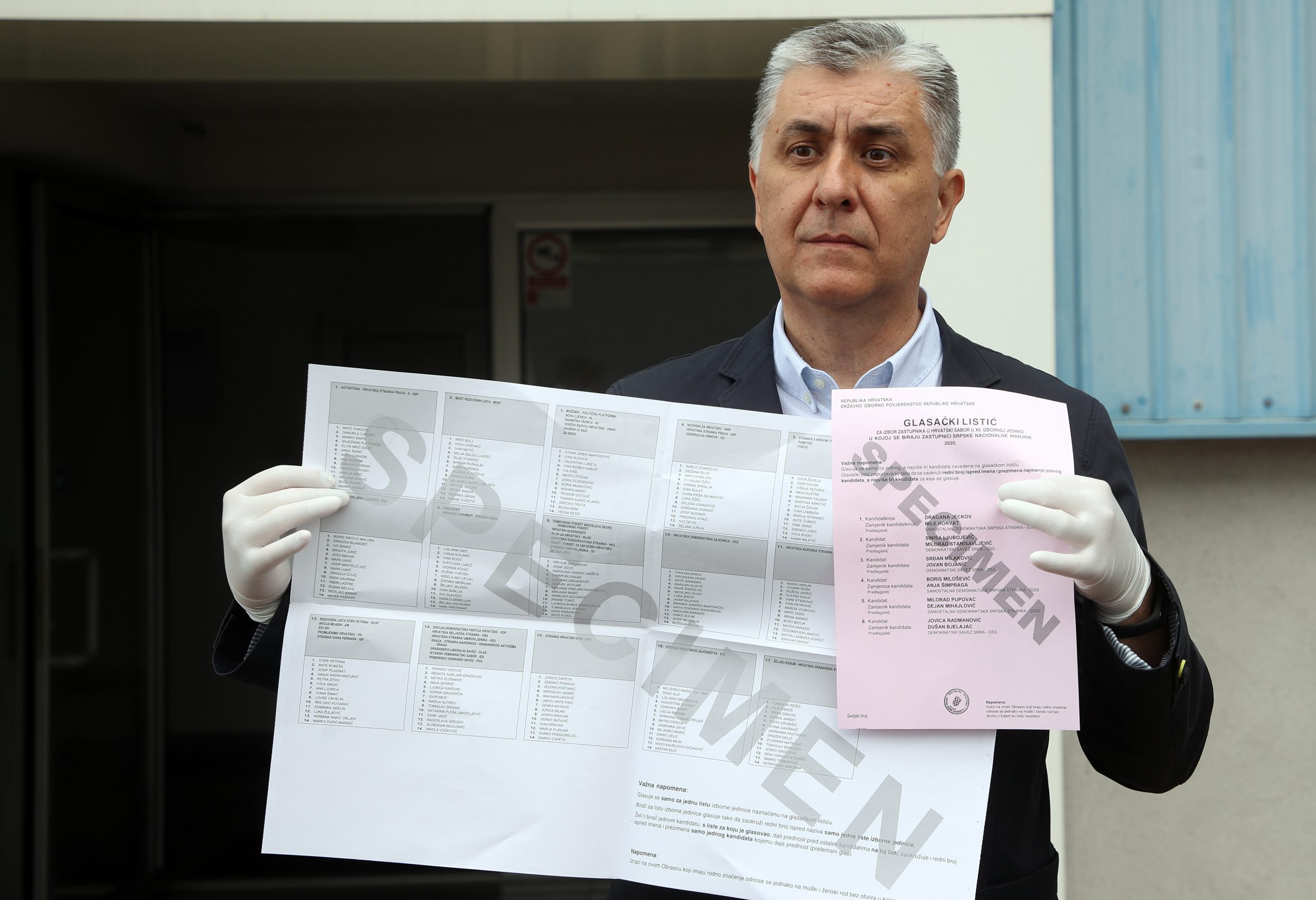 This past Sunday, Crodiaspora held a virtual debate with the major candidates seeking parliamentary seats in the 11th district of the Croatian parliament, which are meant to represent the interests of Croatians living abroad.

The participating candidates included Ivica Mišić, running alongside Hrvatska Demokratska Zajednica (HDZ), General Željko Glasnović, who is running for re-election as an Independent member of parliament in support of Miroslav Škoro’s Domovinski Pokret, Ruža Studer, running with Moja Voljena Hrvatska (MVH), and Slaven Raguž, running with the Bridge of Independent Lists (MOST).

A central topic of discussion with regards to the Croatian population outside of the nation’s borders is those citizens living in neighbouring Bosna and Hercegovina. With so large of a Croatian population living in BiH, it’s necessary to provide them with a pathway to higher and more distinct representation in the Croatian parliament. When it comes to the political strategy towards Croatians in BiH, Slaven Raguž calls on them to not only participate in Croatian elections but to also participate in their national elections, supporting Croatian factions of government on the political scene where the Bosnian Muslim and Serbian representations are also equally as influential on paper.

Looking at the situation in BiH, the rotating presidency between Croatian, Serbian, and Bosniak representatives in conjunction with a severely unstable parliament highlights a bleak future for each of these cultural groups in the country. General Željko Glasnovič adds that nobody in their right mind would be willing to invest in a nation where there is no political or economic stability, as is the case with BiH, and Croatia must play a role in furthering their neighbour’s transition to a modern and stable state, be that in its current form or otherwise. In agreement with Glasnović, Ivica Mišić further adds that Croatians should be supported in moving back to areas where they were previously thrown out of during past conflicts, be it at the hands of Serbs or Bosniaks; everyone must have the right to live where they please in their country, regardless of national or domestic borders.

A growing sentiment among Croatians in BiH, argues Ruža Studer, is that the people feel that for too long their needs have been neglected by domestic political powerhouses, namely HDZ, and that the party is no longer in touch with the interests of Croatians outside of Croatia. In BiH, the political struggle between the social democrats and HDZ is as evident as it is domestically. However, because of this growing belief that HDZ is outdated and cannot adequately represent the interests of Croatians in BiH, the Croatian communities there are swayed by Željko Komšić, their presidential representative who is backed by Croatia’s Social Democratic Party (SDP).

Tracing back the roots of the political impediments faced by Croats in BiH, Slaven Raguž and General Glasnović underscore that their communities as well as their representation in Sarajevo are being suppressed and rendered non-existent in practical terms by their Bosniak and Serb counterparts. With this being said, Ivica Mišić, as well as Glasnović and Raguž, note the illegitimate existence of the Republika Srpska as a major blockade to the Croatian interests in the nation, as well as its collective progress as a whole. Despite consistent and longstanding tension among all three cultural groups in BiH, Mišić goes on to affirm that the state is established and recognized, and that wars were fought and lives were lost in the pursuit of this nation where the three cultures can live together in unity. Although that unity is yet to be established, the candidates are brought together in noting that it would be demeaning and counterproductive to break up the nation and redistribute territories.

An issue that has come up time and time again over the years among Croats outside of Croatia is the difficult election and registration process. The fact that voters outside of the country have to travel twice to their nearest consulate or embassy for each election is inefficient, outdated, and evasive on the part of the Croatian government. General Glasnović points out the ease of voting in proper democratic elections such as those in Canada, where no lengthy registration is needed and the voting process is facilitated with efficient placement of polling stations. He argues that these extra measures involved in voting in Croatian elections from abroad are put in place and maintained by politicians seeking to keep out the educated voices and inputs of the Croatian diaspora in order to keep a firm grip on their power through corrupt means.

Switching gears to strategizing an effective approach to promote and facilitate the process for Croats outside of Croatia to return to live and work in their homeland, candidates had very interesting and innovative takes on the subject. Ruža Studer is perhaps the most applicable candidate when it comes to Croats living outside of Croatia and BiH. She was born in Croatia, but emigrated with her family to Switzerland and became an active member of their local Croatian community. More recently, Ruža has become increasingly involved in the diaspora scene of Croatian life, and in 2016 she founded an organization, “iseljenika, povratnika i useljenika”, which facilitates and eases the entry of individuals from the diaspora into domestic Croatian life. Further, with these upcoming elections, she formed a brand new political party specifically to cater to Croats outside of Croatia, called “Moja Voljena Hrvatska”, which has put forth a candidate list that includes individuals spanning several continents of what makes up the Croatian diaspora.

Though Slaven Raguž and Ivica Mišić tend to focus largely on Croatians living in BiH, Ruža Studer and General Željko Glasnović, who is also extremely apt in dealing with issues in BiH, are both well versed in the issues and impediments facing Croats in other countries in Europe, North America, Australia, and South America, and they both have well-established connections, credibility, and experience to support their cause.

“Overall, the debate was a great success and we at Crodiaspora urge all Croatians to vote on the 4th and 5th of July at their closest polling station, especially those living abroad and voting in the eleventh district. We hope that this debate provides some insights into those who will be voting so that we can democratically further the interests of the Croatian people across the world,” Crodiaspora says.

Due to the confusion surrounding the preferential voting system, especially for those that live outside of Croatia, Crodiaspora has decided to give a brief explanation of how to vote in the upcoming elections. Croats abroad needed to be registered before the 24th of June to vote.

In conclusion, if you vote for a particular party you can just vote for the party or vote for the party and give a preferential vote to a specific candidate in that party. If your party gets less than 5% of votes, their votes will be given to one of the other leading parties in the electoral district.

You can see the debate below.