More than 300 firefighters from all over Dalmatia are currently battling a big wildfire which broke out on Tuesday morning in Pelješac.

Grass and low vegetation started burning near the village of Mokalo in the Orebić area at around 7 am on Tuesday morning forcing the evacuation of around 40 residents as the fire got close to residential homes, the State Protection and Rescue Administration said. The strong bura winds made fighting the fire difficult and carried the fire further towards Orebić centre. Firefighters from Dubrovnik, Mljet, Orebic, Kuna, Putnikovići, Viganj, Korčula and Trpanj joined to help battle the blaze, as well as 50 members of the Croatian army.

A number of homes reportedly were damaged as the fire raged near homes in Orebić throughout the afternoon. 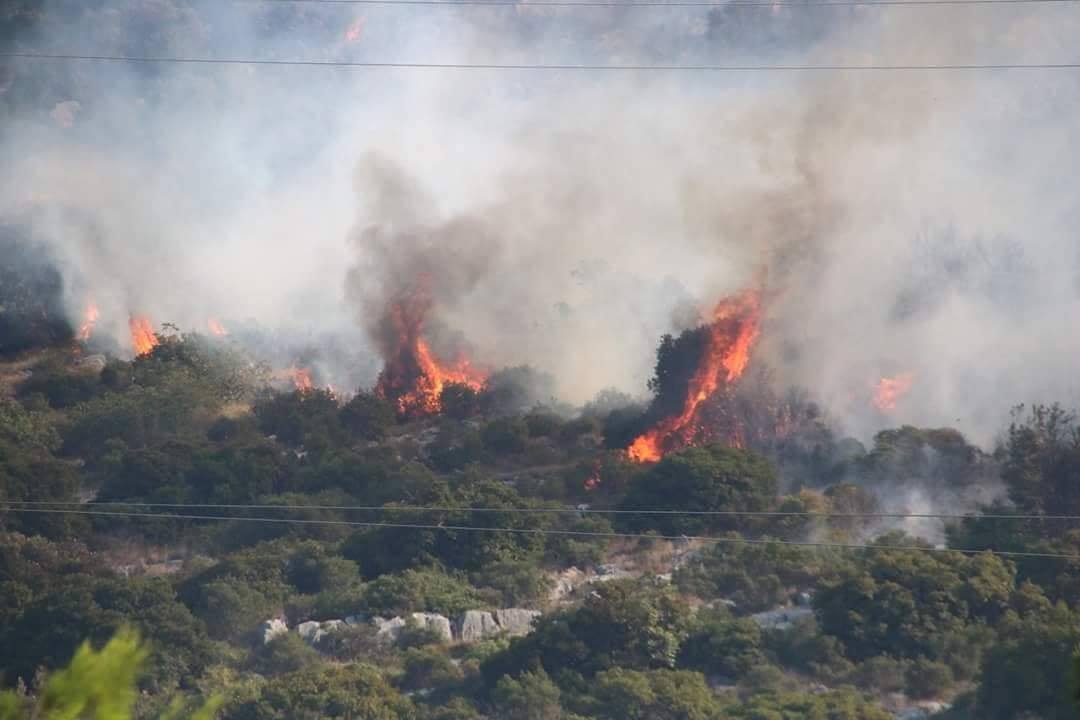 There were also reports that the road heading to Dubrovnik from Pelješac was closed for traffic in both directions and the ferry from to Korčula to Orebić had been diverted to Trstenik instead. 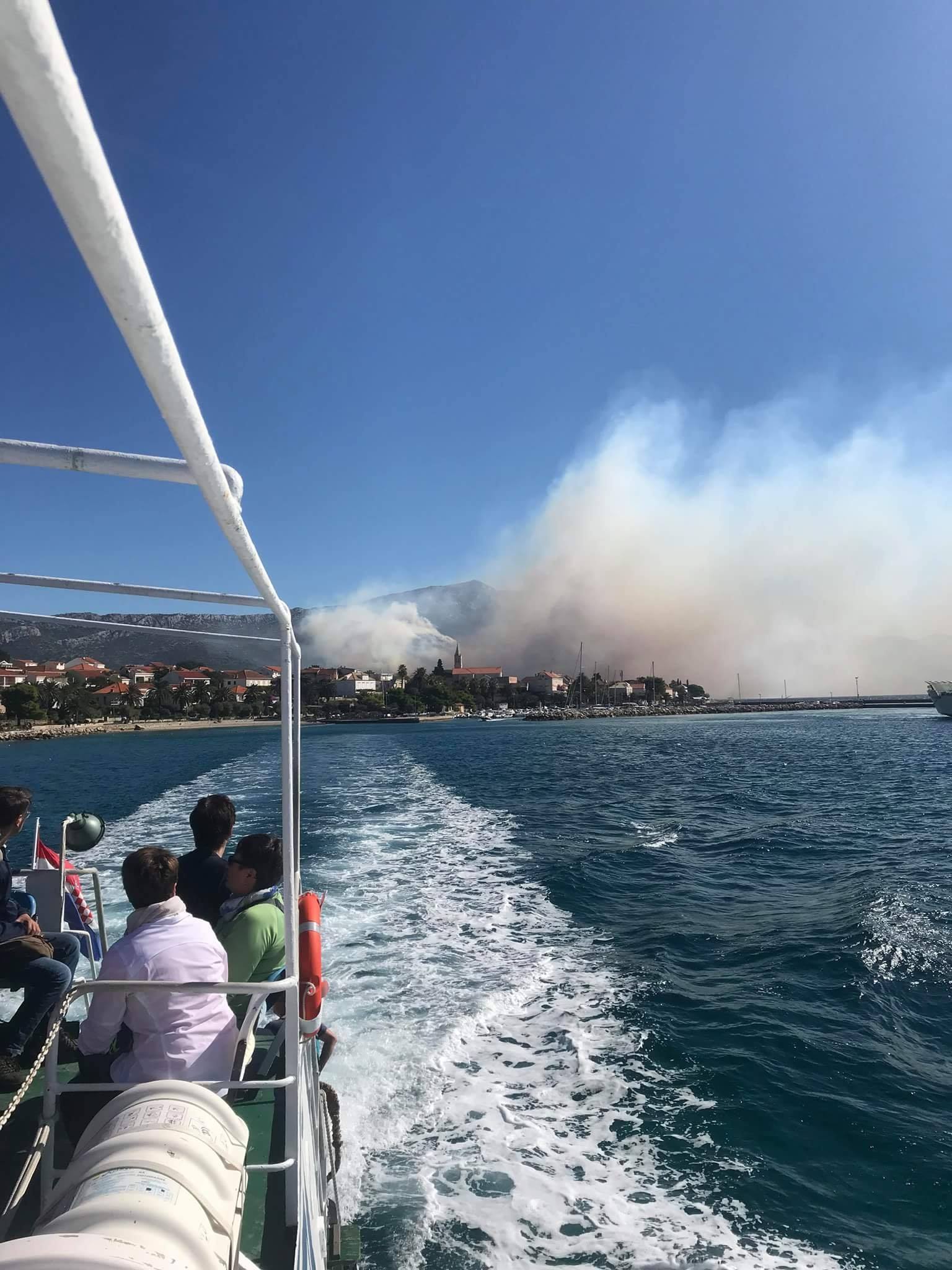 7:00 am – The fire in Orebić and Pelješac has been controlled.

10:25 pm – Fires are still burning but a drop in wind strength they are now around 3 km in length and no property is in danger. The wind should drop overnight making it easier to control the fire.

8:10 pm – Currently, 3 Canadair planes and 50 members of the army are battling the blaze in Orebić with firefighters from all over the county. They will be fighting the blaze throughout the night, a statement said. Media are reporting that the likely cause of the fire was from a spark from an overhead power cable. 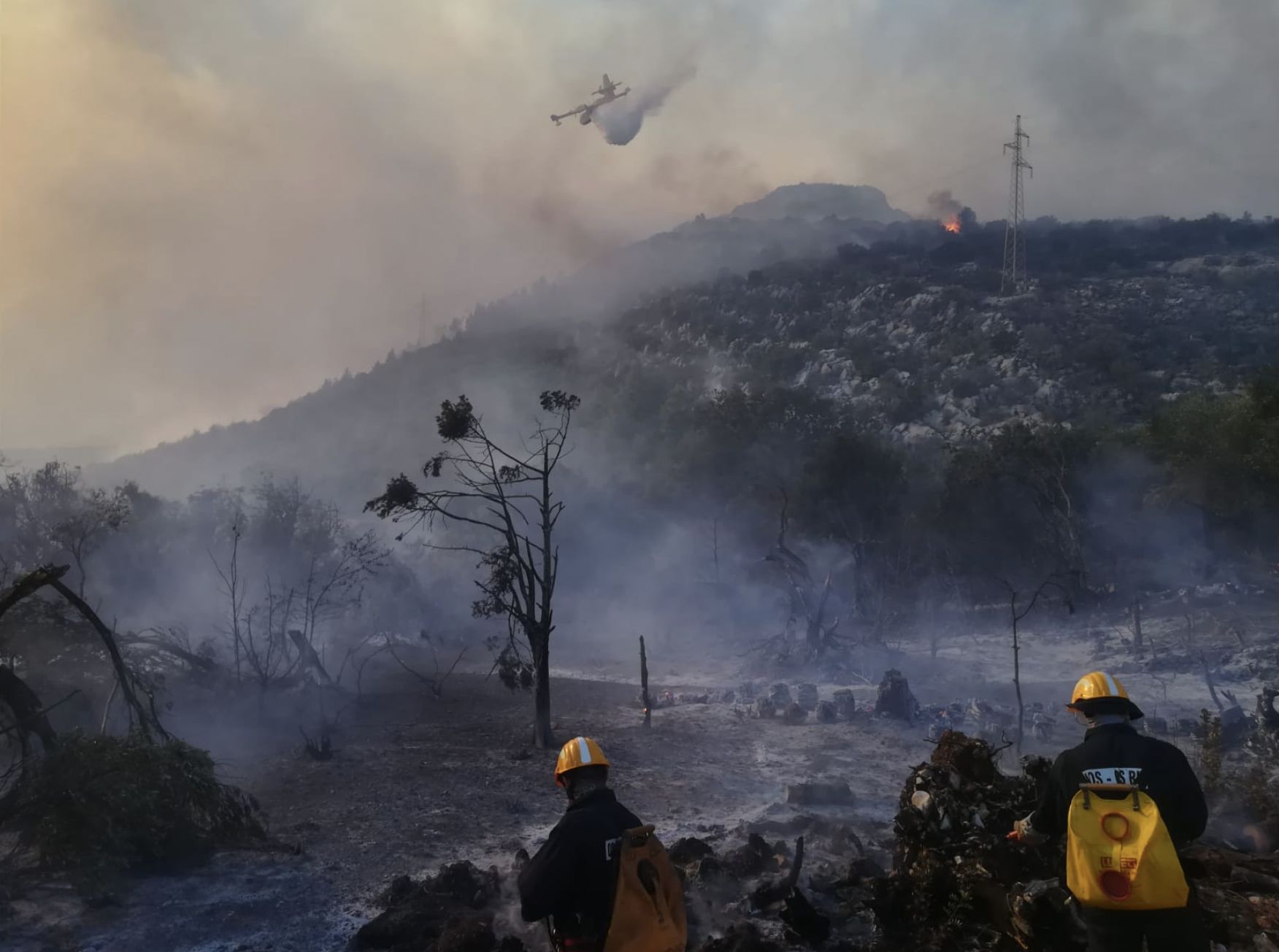 7:15 pm – Croatia’s Minister of Defence Damir Krstičević has called an urgent meeting of fire superintendents in the county to be held in Orebić. President Kolinda Grabar-Kitarović also commented from the United States. 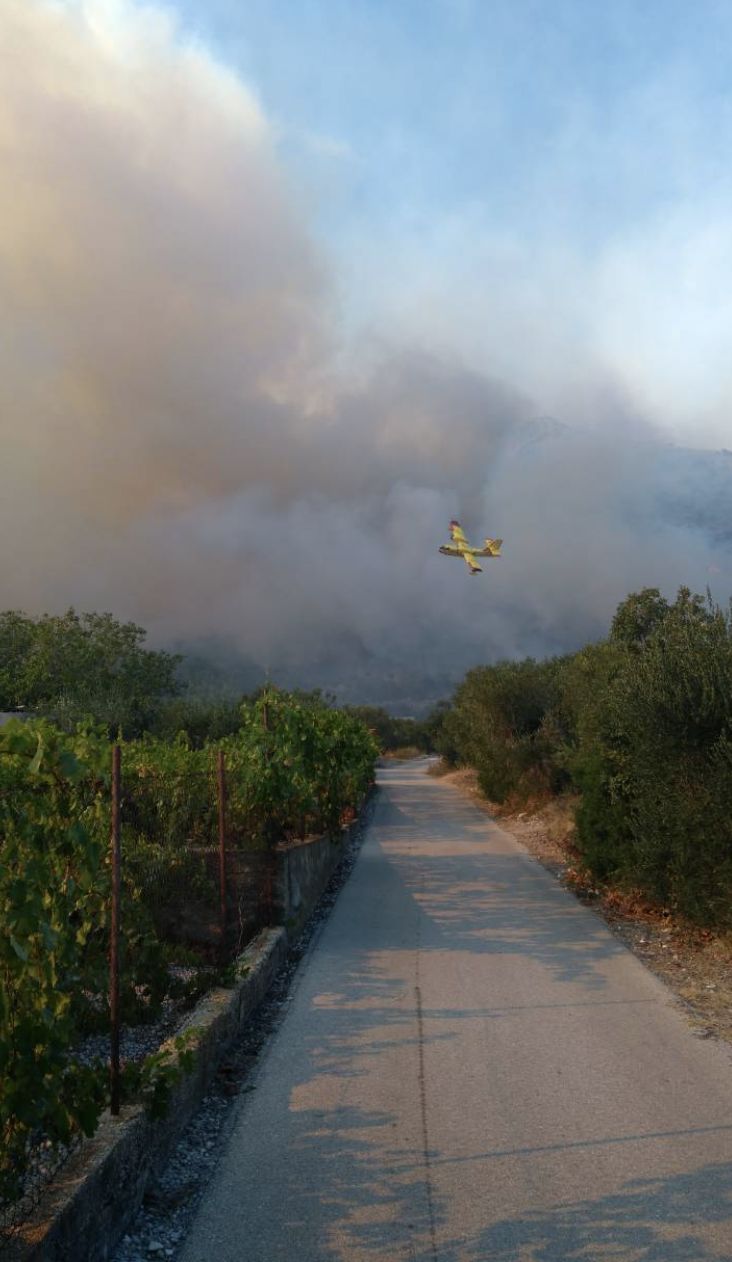 “I have spoken with the commander and checked on the situation. I am very worried, especially with the weather conditions and the accident that happened with the tank. Fortunately, there were no casualties as the firefighters managed to get out in time and only suffered some scratches. I wish them a speedy recovery,” the president said. 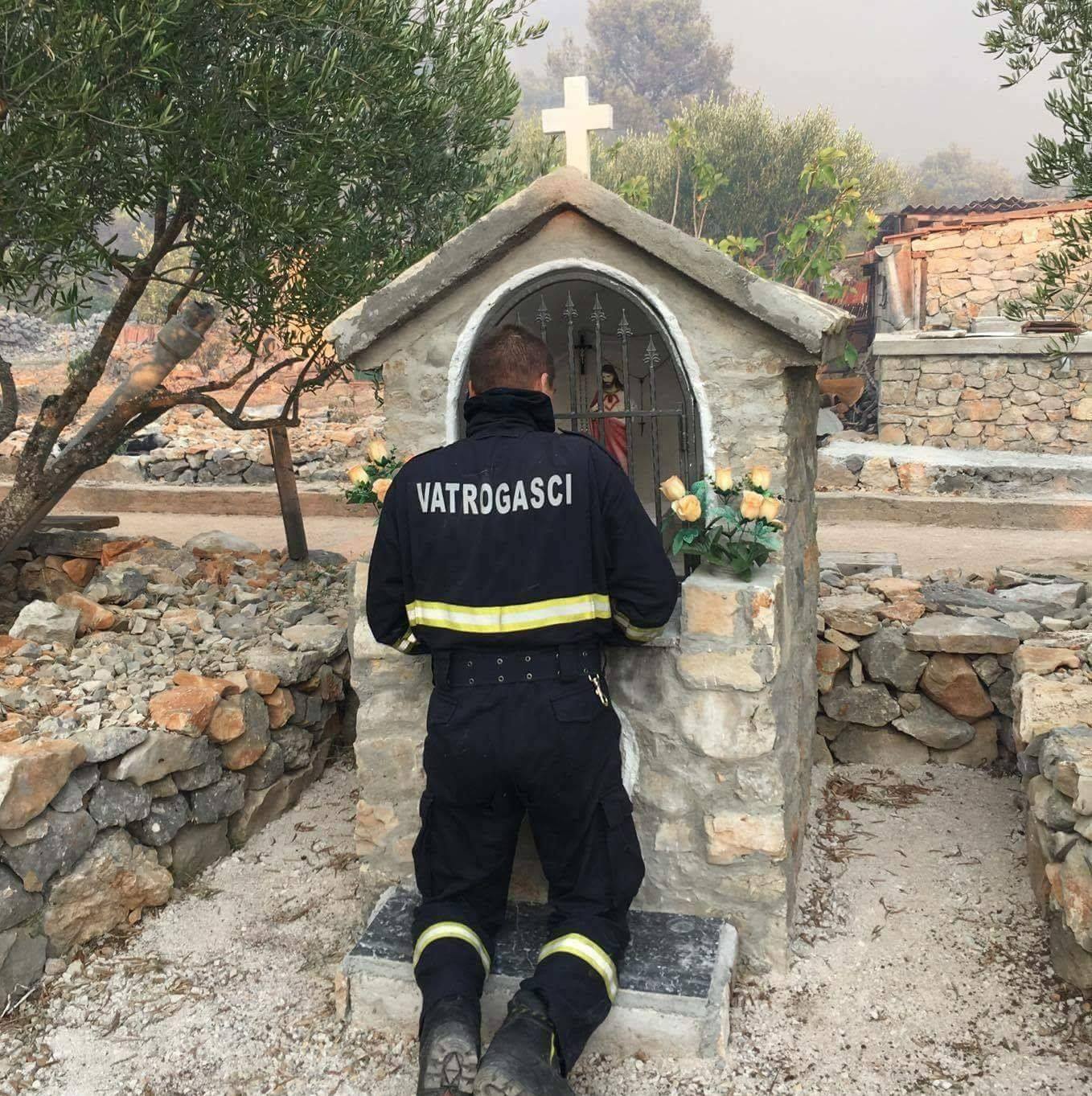 6:30 pm – A 4km stretch of fire is still raging as firefighters still battle to contain it. Two have firefighters received minor injuries whilst four homes have been damaged. One positive sign is the strong bura wind is subsiding, Hina reports. 4:05 pm – Fires are breaking out also in Metković which is stretching resources, Dalmacija danas reports. 24sata reports that 4 houses have burned in the Orebić area as the fire continues to cause havoc.

3:30 pm – Extra back-up is arriving from fire stations all over the coast as the fire continues to spread.

3:15 pm – “The fire has reached the village of Stanković. “This is not good,” Stjepan Simović Fire Commander told N1, adding that the fire has spread to Orebić with houses on fire. Strong winds are making it tough for the firefighters.

3:00 pm – Firefights are fighting to defend the local gas station and camp in Orebić as the fire spreads closer to Orebić centre.

2:45 pm – Three Canadair planes deployed in Kula Norinska in Dubrovnik-Nerevta County as fire breaks out there. 2:30 pm – The fire is approaching Orebić as more support from Split to help battle it starts to arrive. The winds are making the task difficult.

This summer has been quiet for firefighters with a big drop from last year in the number of fires on the coast. 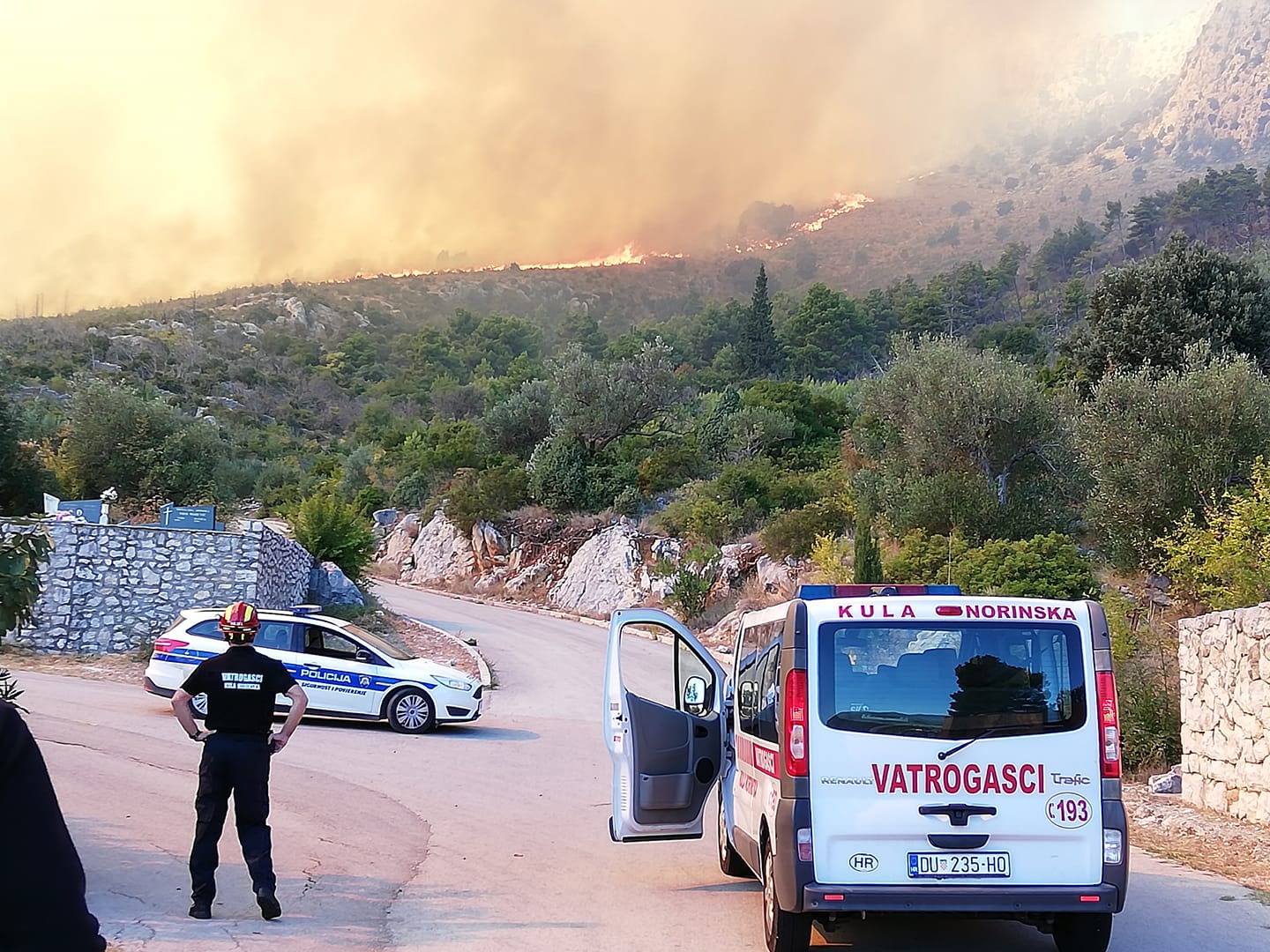