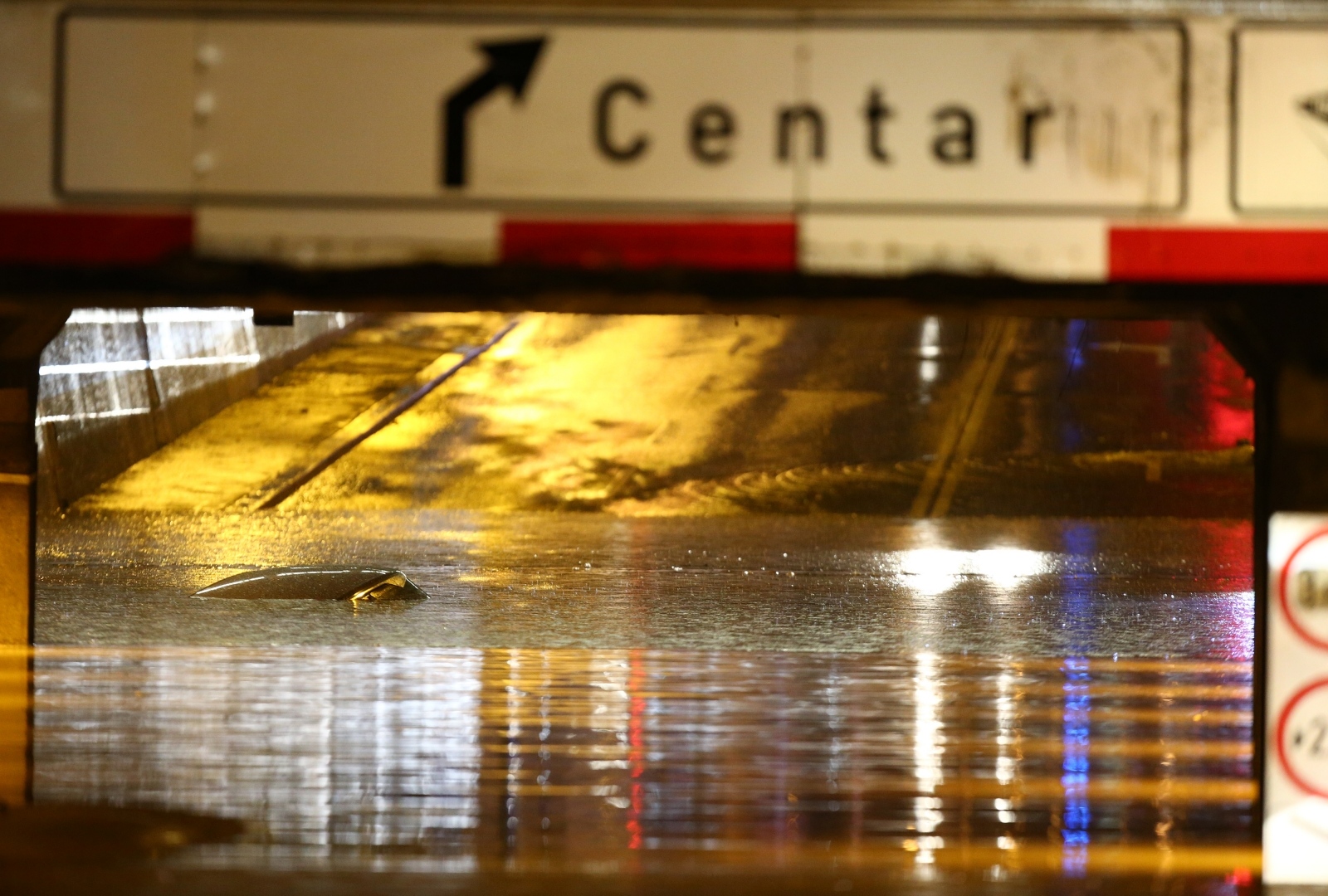 ZAGREB, 25 July 2020 – A big storm that hit the Croatian capital of Zagreb on Friday night has left the city underwater and in chaos.

Torrential heavy rain, as well as strong winds, lightning and thunder started at around 9 p.m. and left a good part of the city flooded.

The Zagreb Emergency Management Office reported that the Fire Brigade had already carried out over 80 interventions by midnight and had received over 1,000 emergency calls from the public.

One of the worst areas flooded was the underpass on Miramarska street with three cars stranded underwater.

A number of voluntary fire brigades, on-duty teams of the Office for Emergency Management, on-duty communal services and the Zagreb Police Department were also attending to call-outs.

Most interventions are technical interventions to pump water out of roads and from basements and authorities asked citizens to be patient as they could not cope with the volume of work.

Portal Zagrebancija.com posted a video on their Facebook page of the floods on Miramarska street.

Traffic has come to a halt on the main Ilica street, whilst British Square was completely underwater. Trams had also stopped running around parts of the city.

Below is another video from Zagrebancija.com from British Square in downtown Zagreb.

Earlier in the day, the storm hit parts of Istria, Kvarner and the northern coast with the worst of the flooding hitting the town of Senj.

Torrential rain is expected to continue through the night and during Saturday morning before it clears and gives way to sunshine.

The fire brigade posted just a handful of the thousand calls it received.