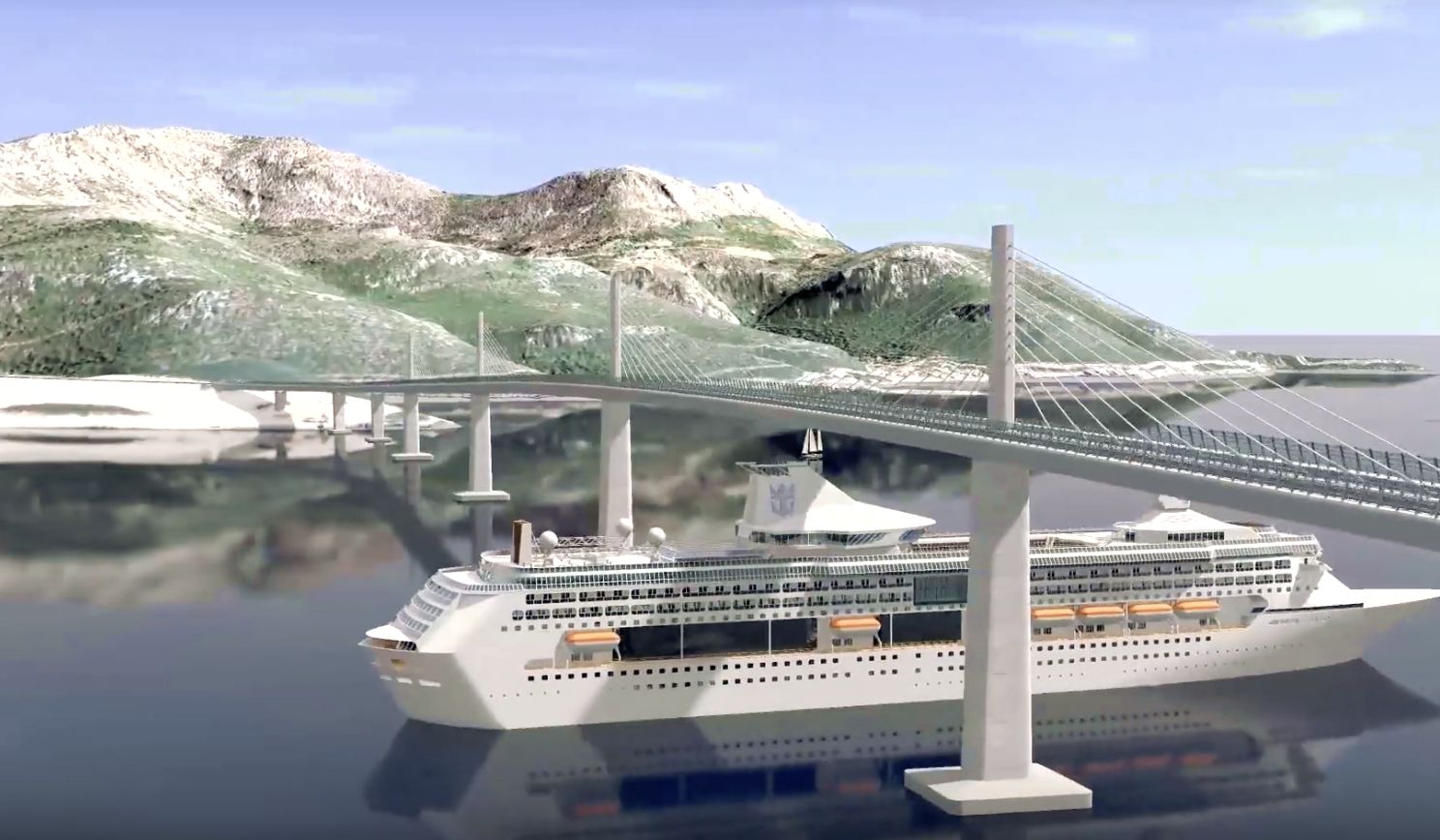 23 May 2019 – Two weeks ago, the final pile was hammered in the seabed for the construction of the Pelješac Bridge. A total 148 piles and two test piles have been placed by China Bridge And Road Cooperation, ending the first phase of construction.

With the ending of the first phase, Hrvatske Ceste (Croatian Roads) have for the first time released a 3D simulation of the bridge and future roads through Pelješac.

The project encompasses the construction of 32.5 km of road, from Duboka near Komarna to Doli junction, where there will be two tunnels and two viaducts and four bridges, the most demanding of which is the 2.4 km Pelješac Bridge. The bridge passes over the Mali Ston channel. 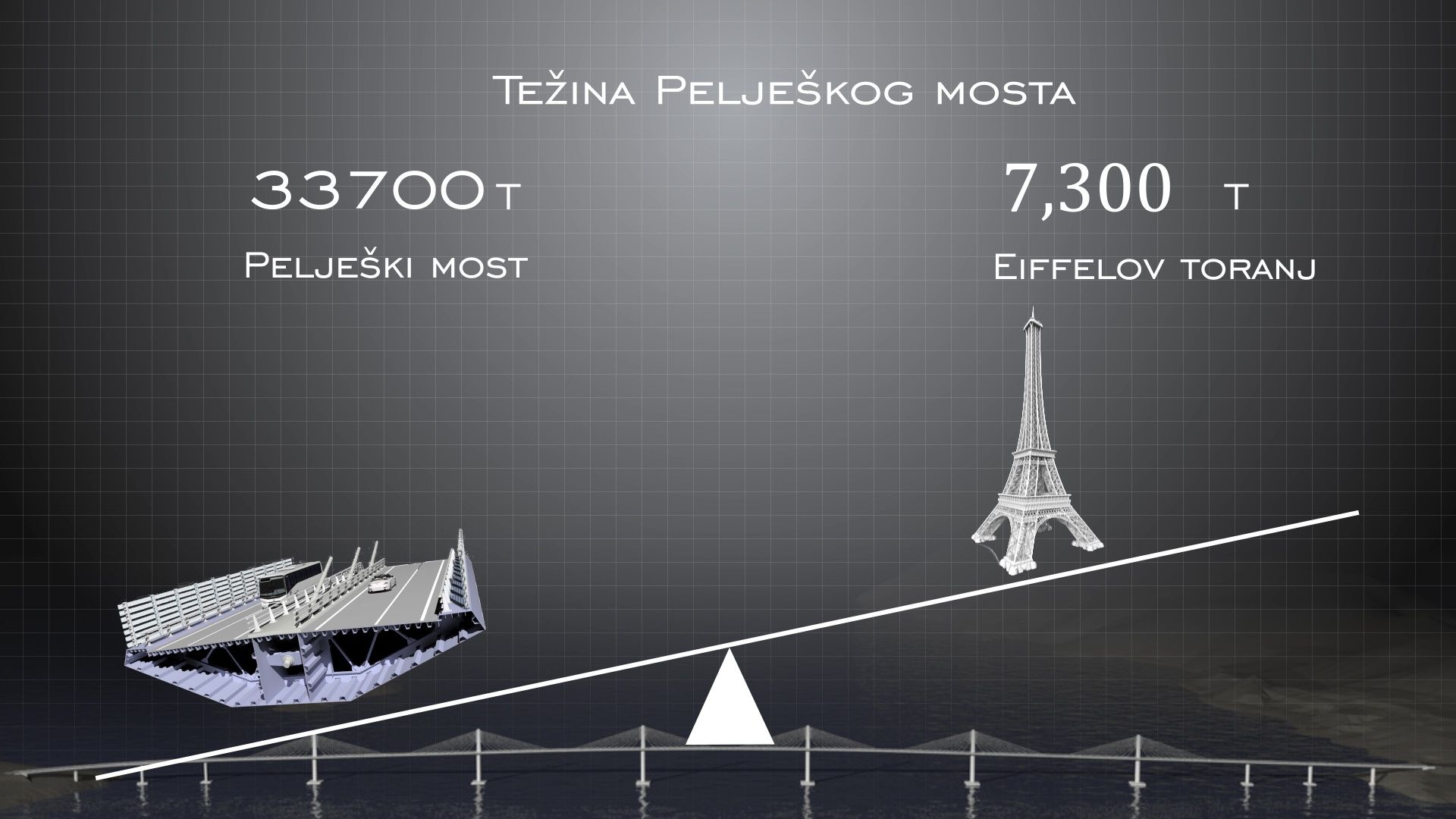 The video (below), among other things, points out that the highest part of the bridge will be around 100 meters, which is just slightly lower than the Zagreb cathedral, and that 33,700 tons of steel will be spent on the construction of the bridge. The video states that 7,300 tons of steel were needed to build the Eiffel Tower in Paris.

The bridge is due to be completed in around 3 years.