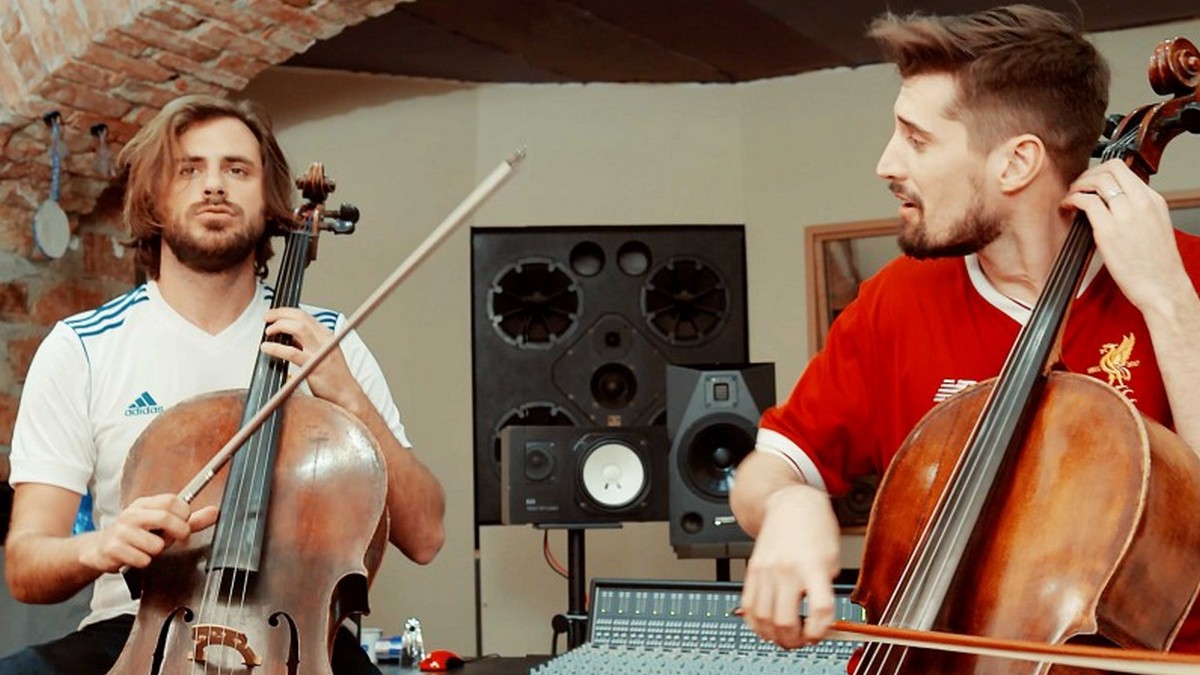 2CELLOS have warmed up for their upcoming performance at this weekend’s UEFA Champions League final by covering a hit widely played at big sporting events.

The song is known for its underlying riff, which plays throughout most of the song. Although it sounds like a bass guitar, it is actually created by running a semi-acoustic guitar through a DigiTech Whammy pedal set down an octave.

The song is ranked as one of the greatest songs of the 2000s and is heard often at big sporting events. 2CELLOS will play the Champions League anthem in Kiev at this weekend’s final between Real Madrid and Liverpool.