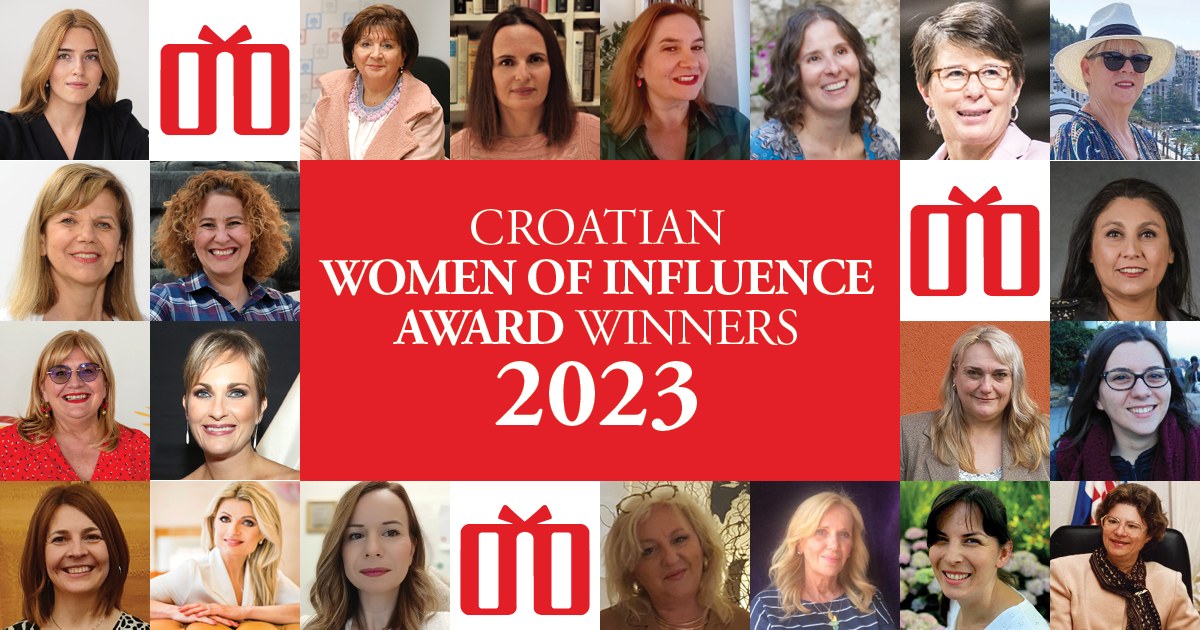 Croatian Women’s Network™/ congratulates the 23 winners of the coveted Croatian Women of Influence Award which will be conferred at a gala event on International Women’s Day Wednesday, March 8 th , 2023 in Zagreb, Republic of Croatia.

“We are thrilled to come back to Zagreb and host our conference and awards gala event, said Caroline Spivak, founder, Croatian Women’s Network™/Mreža Hrvatskih Žena and the Croatian Women of Influence awards. “This year we received nominations from nine new countries, and in particular, an increased number of first-time nominees, and now winners, from South America. The growing international interest in the award reinforces our purpose as we continue to connect, celebrate, champion and recognize the accomplishments of Croatian women the world over.

“CWN/MHŽ thanks and congratulates all its nominees and its 2023 laureates. They are true role models and women of inspiration.”

Winners were drawn from more than 135 nominations representing 17 countries. The 2023 class of laureates come from Argentina, Austria, Chile, Croatia, Czechia, Germany, Hungary, Peru, Serbia and the United States of America. This brings the overall number of award winners to 140 selected from more than 400 nominations.

A complete list of the 2023 Croatian Women of Influence Award winners can be found the video below and at: https://croatianwomensnetwork.org/cwoi-awards/cwoi-2023.

The Croatian Women of Influence Award recognizes leadership, innovation and community impact of Croatian women and will be conferred to 23 distinguished women from the Republic of Croatia and the vast Croatian diaspora.

“While the class of 2023 does not include any Future Leaders Award winners, we look forward to encouraging our young woman under the age of 21 who have demonstrated extraordinary talent at an early age to give us the opportunity to recognize and support them. “We have a significant opportunity to cultivate future generations of successful Croatian women and we stand ready to do so,” said Spivak.

Awards will be presented at a gala event celebrating International Women’s Day, following the international conference: Advancing Women, Advancing Economies. Realize the Potential! She Can on Wednesday, March 8, 2023.

The Croatian Women’s Network™/Mreža Hrvatskih Žena/Red de Mujeres Croatas is a global forum that celebrates, champions and connects distinguished women of Croatian ancestry from around the world who work together to inspire and support each other. The Croatian Women of Influence Award and the Future Leader Award honor their achievements.