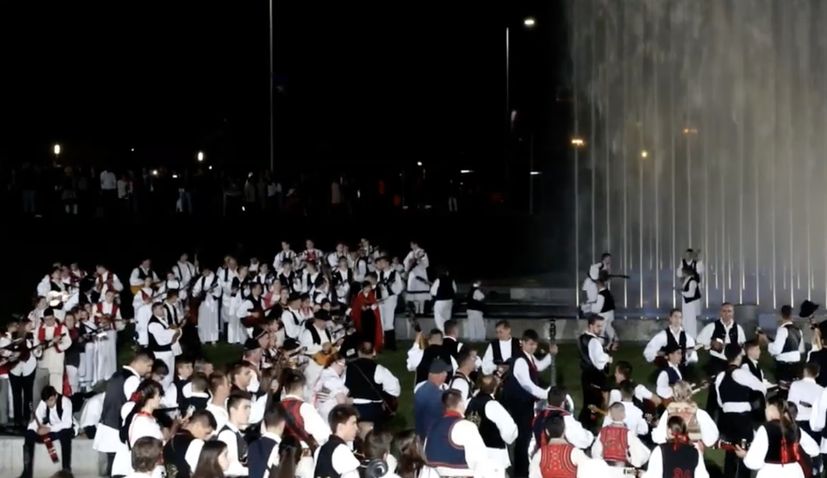 The concert lasted two hours and was especially emotive when ‘Ne dirajte mi ravnicu’ was performed by 1000 tambura players.

The song, which translates as ‘Do not touch my plain’ and referred to Škoro’s home region of Slavonia, was particularly poignant during the Croatian War of Independence.

“That song is more than I ever thought I would do,” Škoro said.

Škoro shared the stage last night with the Zagreb Philharmonic Orchestra and was joined on stage also by his son Matija (23) who played the guitar whilst his father sung his hit ‘Vrime’.

The Croatian diaspora has also been taking part in marking the 30th anniversary of the hit by creating renditions with videos sent in from Canada, America, New Zealand, Switzerland, Germany and Australia.