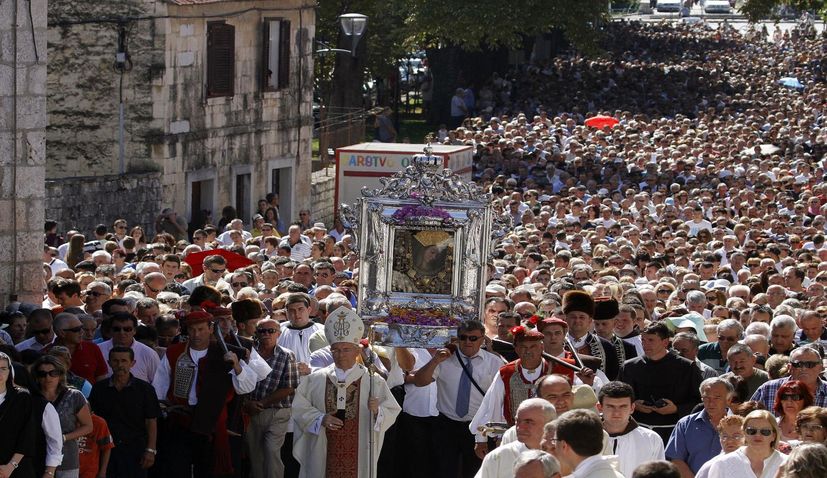 Once again there will be no traditional procession through the streets of the southern Croatian town of Sinj on the occasion of the Feast of Assumption of the Blessed Virgin Mary – Velika Gospa – which is held on 15 August.

The traditional procession will not go ahead for the second year in a row for epidemiological reasons, but 27 Masses will be celebrated in Sinj on August 14 and 15, said Fr. Ante Covo from the Franciscan monastery Our Lady of Sinj.

“We have decided that there will be no processions on Velika adding that on average between 600 and 700 believers are expected at each Mass which will take place on Saturday and Sunday.

The Mayor of Sinj, Miro Bulj, expressed regret over the decision to prohibit the traditional procession.

“For me as mayor, it is not good news that there will be no procession on Velikka Gospa in Sinj and I am sorry about that,” he said.

Tens of thousands of people usually make the journey to Sinj on 15 August. The shrine of Our Lady of Sinj has been present from around 1771. Four chapels were built on the lateral sides of the church which are connected to the shrine via three doors, where believers make confessions. Next to the shrine, there is a 43.5 metre-high steeple, built between 1896 and 1927.