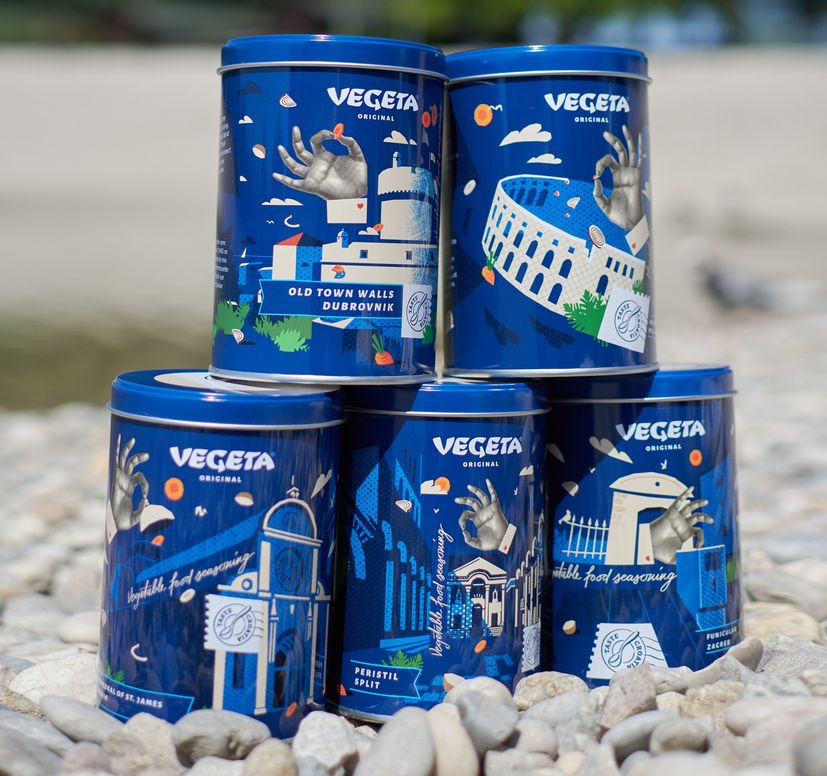 Instead of classic magnets and postcards, Podravka have this year created unique Vegeta cans representing the culture and history of Zagreb, Koprivnica, Pula, Šibenik, Dubrovnik and Split for tourists to take away as a souvenir.

“Special moments of summer holidays, strong emotions that arise after visiting numerous sights of our beautiful country and stories that are shared for years, are the essence of tourism,” said Podvraka, the company behind the dehydrated food seasoning as it announced the launch of its limited edition cans.

“Vegeta is always 100% original and 100% its own, so this souvenir is a special and unique gift.”

Vegeta as a gift, but also a great souvenir and memory of the summer in Croatia The Vegeta cans are available in stores across the country, and come in six different versions, each of which represents the culture and history of a part of Croatia: Zagreb, Koprivnica, Pula, Šibenik, Dubrovnik and Split.

The Pula can features Pula’s famous, which is ‘an indisputable cultural treasure’ of Croatia and the world.

Dubrovnik Old Town walls., constructed over a long period from the 13th to 17th century, grace the Dubrovnik can, whist Peristyle Square, the central square of Diocletian’s palace which Emperor Diocletian had build after descending the throne of the Roman Empire, is on the Split can.

The Šibenik can has St.James Cathedral, Zagreb its funicular and Koprivnica the Podravaka building – the rooster, which is the HQ of the brand.

“Favourite cities, favourite dishes and the tastiest spice are now packed in one – Vegeta unique cans that will remind you of unforgettable summer moments for a long time. After using Vegeta, refill the can with it or another spice of inspiration and enjoy cooking and creating,” Podravka concluded.

Find out more about the cans here – https://www.vegeta.com/en/taste-croatia