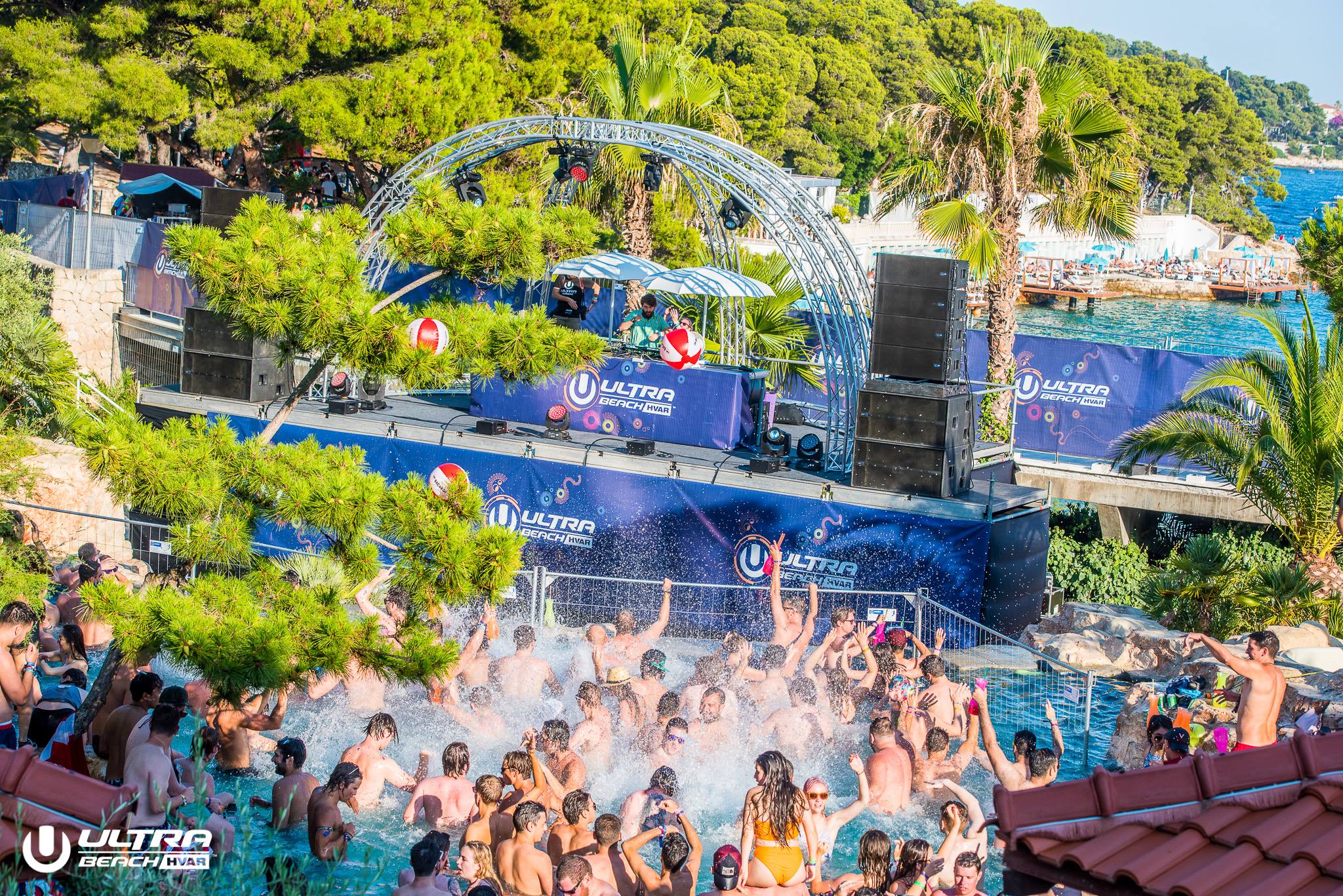 9 May 2019 – Organisers of Ultra Europe music festival today announced acts for this year’s Ultra Beach 2019 which takes place on the stunning island of Hvar.

Europa (Jax Jones & Martin Solveig) and Sigma were confirmed today to play at Ultra Beach 2019 which will take place at the end of Ultra Europe on 16 July at Amfora Grand Beach Resort on Hvar.

Good friends Jones and Solveig decided to form Europa and released their debut single ‘All Day And Night’ in March. Sigma are a British drum and bass DJ duo. Their single “Nobody to Love” topped the UK Singles Chart, becoming their first UK number one. Their second was the follow-up single “Changing”, featuring Paloma Faith. 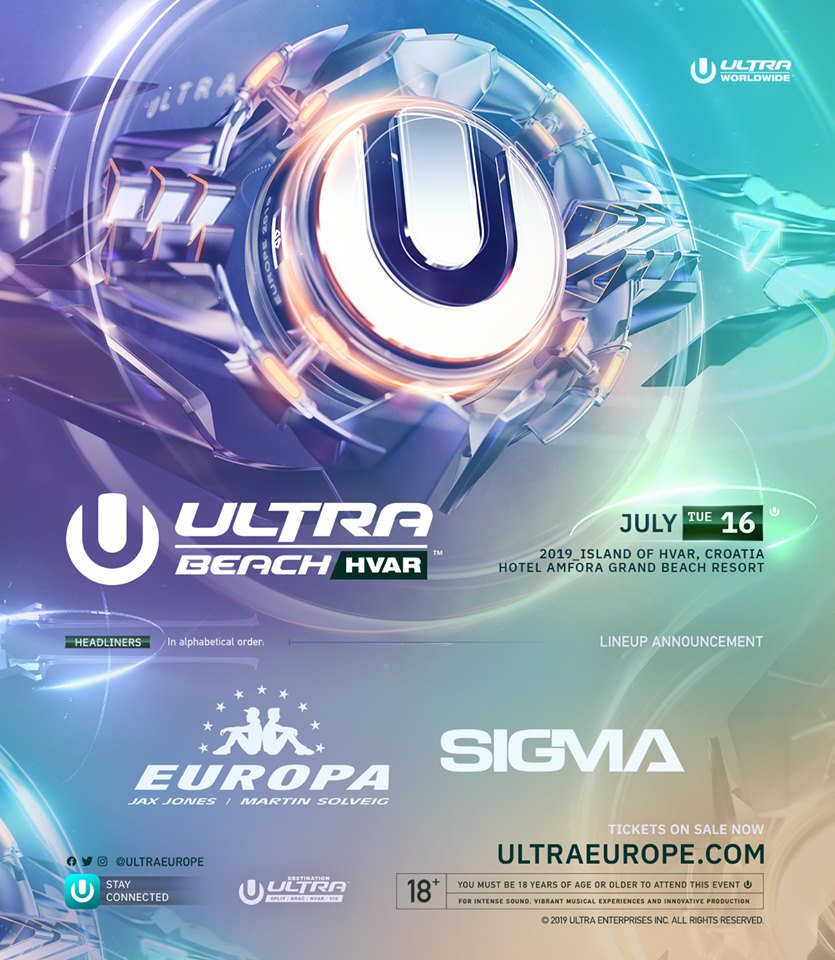 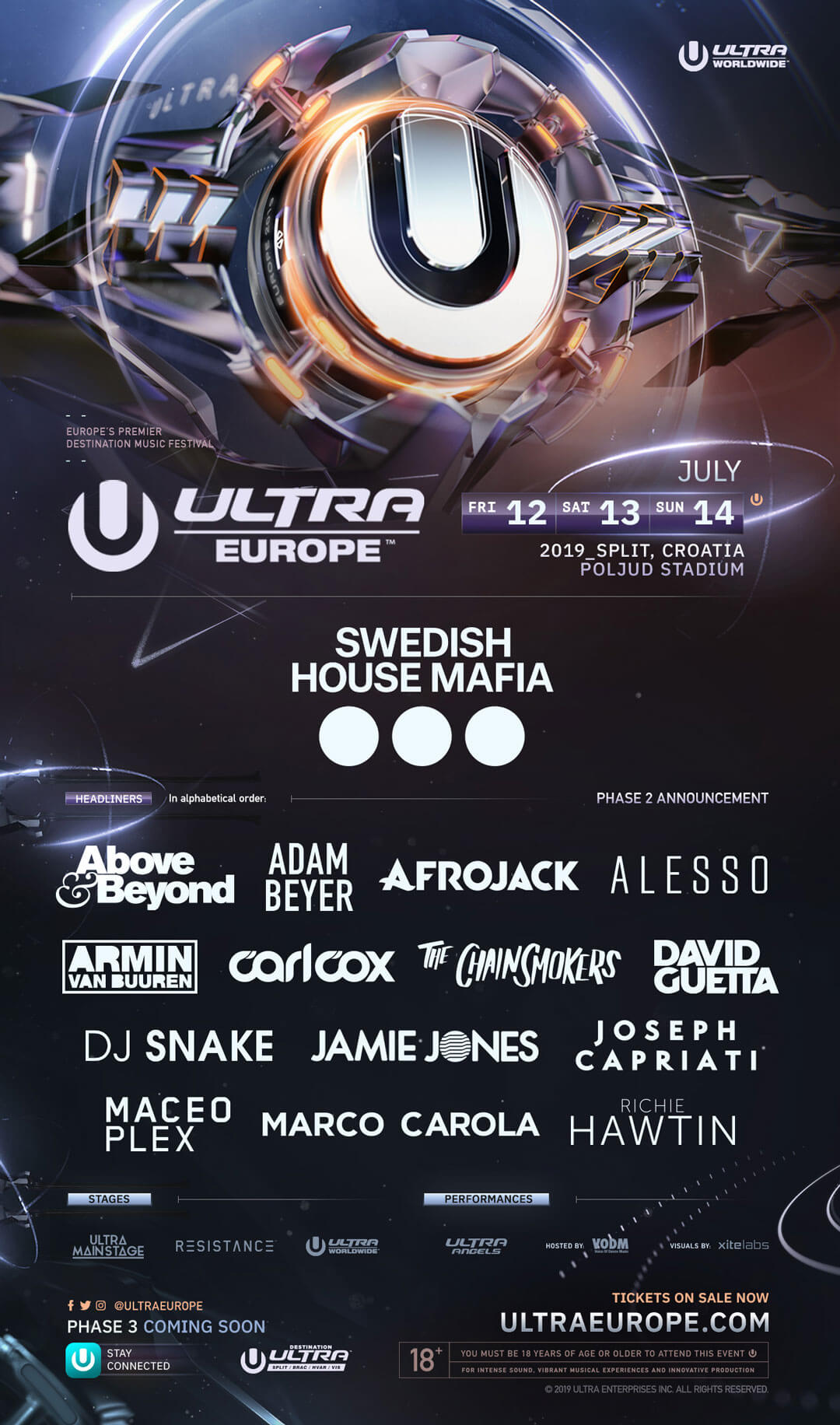 Consisting of supremos Axwell, Steve Angello and Sebastian Ingrosso, Swedish House Mafia first formed in 2008 before reuniting last year with a surprise closing set at Ultra in Miami and are expected to be a big draw at the festival.

Tickets for Ultra Europe are now available. Get tickets here.