ZAGREB, 6 November 2019 – Dinamo Zagreb’s U-19 side has gone to the top of their UEFA Youth League group after beating Ukrainian club Shakhtar 1-0 in Zagreb on Wednesday.

Dinamo Zagreb, who beat Italian youth champions Atalanta 1-0 in their opening Group C clash before drawing with Manchester City and Shakhtar away, were too good for the Ukrainian club this afternoon.

The Croatian club dominated from the outset, creating a number of chances in the opening spell with Šipoš and Marin coming closest.

The home side had 60% possession and fashioned 12 shots at goal (5 on target) before they finally found a breakthrough in the 61st minute. Tomislav Krizmanić would make it 1-0 when his shot from 20 metres out found the bottom right-hand corner.

Dinamo pressed for another and should have extended their lead through chances to Krizmanić again, Šipoš, Marin and Edin Julardžija, but Trubin in the Shakhtar goal would save all four attempts.

The win means Dinamo Zagreb are one point clear at the top of the group with 8 points. Atalanta are in second spot, whilst Manchester City are in third place with 4 points. Shakhtar are bottom of the group with 2 points.

The UEFA Youth League is contested by the youth (under-19) teams of the clubs competing in the UEFA Champions League group stage, plus the domestic youth champions of the best-ranked national associations. 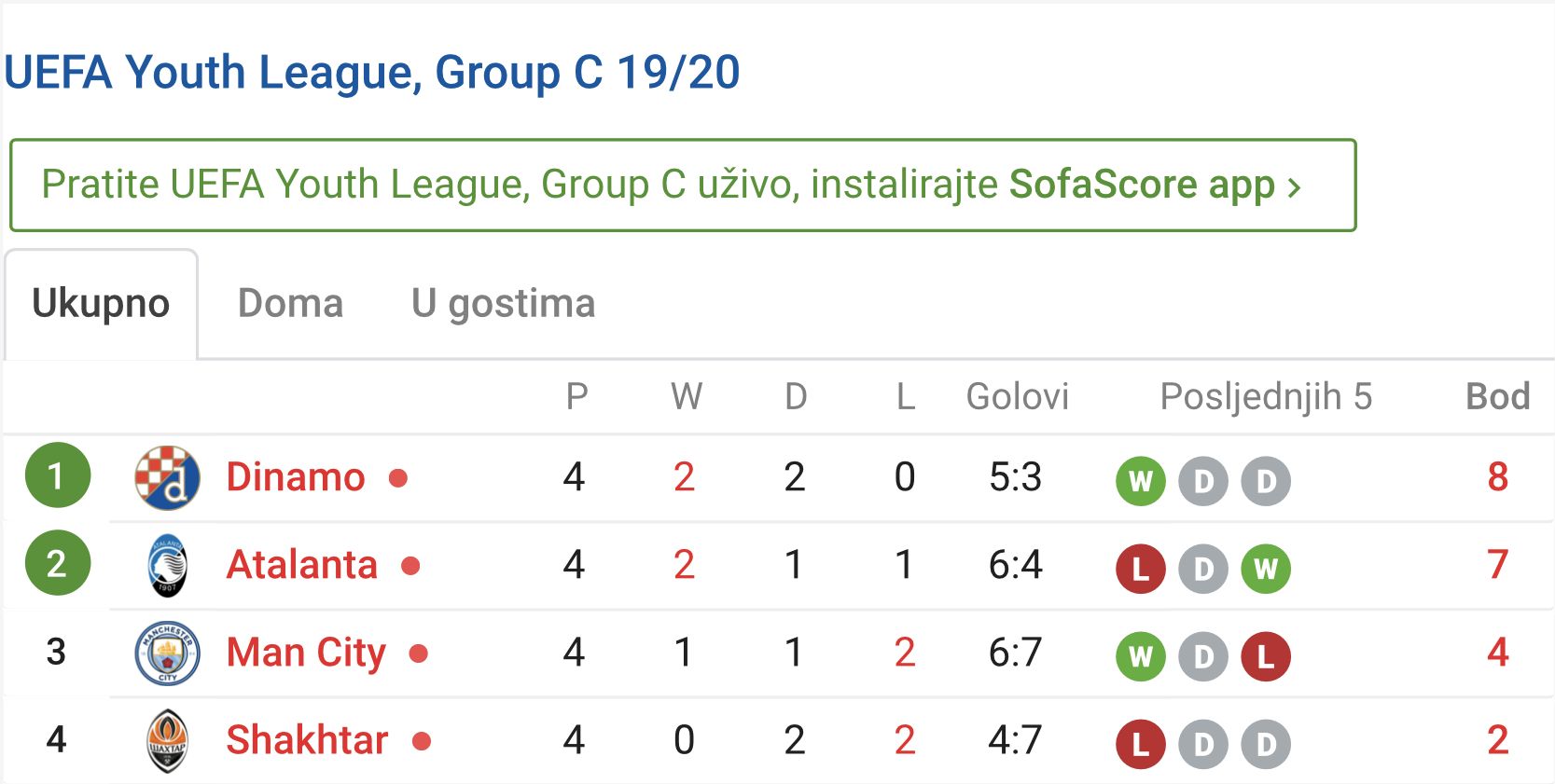