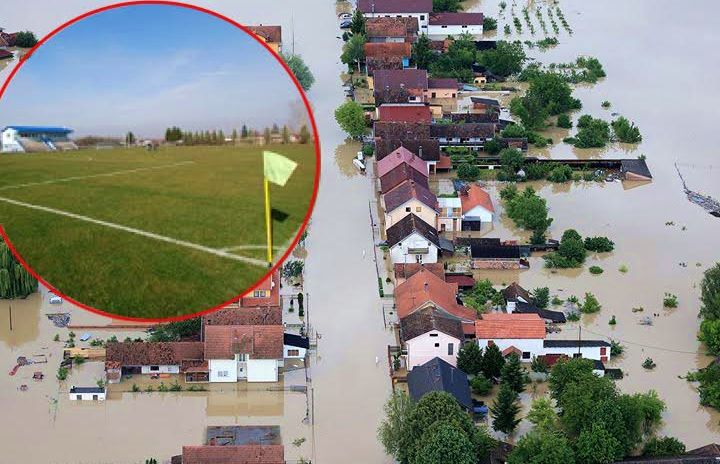 UEFA representative Mohamed Taa has visited renovated stadiums in Slavonia in eastern Croatia this week. The stadiums were fixed after suffering damage during devastating floods in the region in 2014.

Flooding which hit Slavonia in 2014

Stadiums in several towns were damaged in catastrophic floods in 2014 and the clubs and UEFA expressed satisfaction with the completed work.

The renovation of NK Jadran Gunja stadium, including the ground with automatic irrigation, is to begin in early 2017 with the contractor already selected.

UEFA representative was extremely happy with the completed work at the four grounds, emphasizing that this is exactly what the clubs need – fully equipped quality pitch.

Moreover, club representatives are equally happy with the new grounds. The maintenance activities are in compliance with contractor’s guidelines.

The grounds are used very often, not only for training sessions and home team matches, but they are also being used by neighbouring clubs.

These clubs are especially grateful to FIFA, UEFA, and Croatian Football Federation for all the assistance and this praiseworthy, specific and a true footballing donation, since all the grounds are often the only place for gathering of children, youth, and locals.