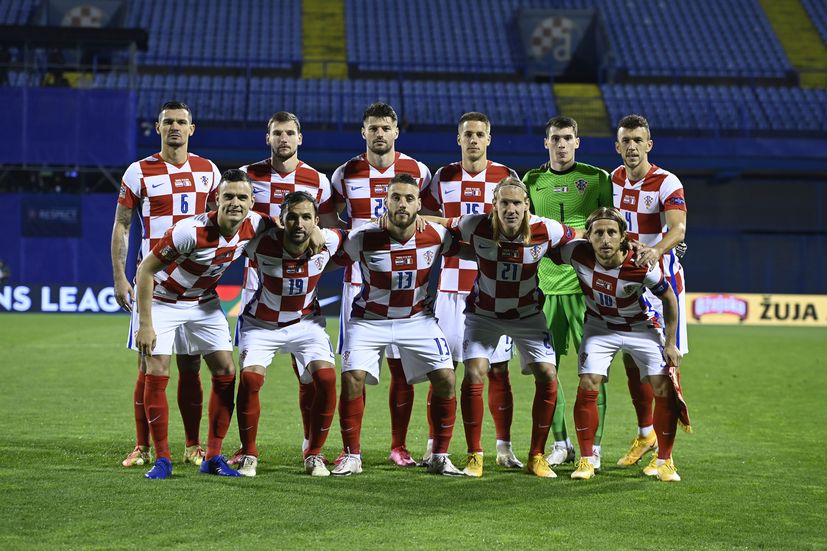 ZAGREB, 14 October 2020 – Croatia is still looking for its first victory over France after the two nations played for the 8th time tonight in Zagreb.

A first-half goal from Antoine Griezmann and a late goal from Kylian Mbappe was enough to give World champions France a 2-1 victory over Croatia in front of 7,000 fans at Maksimir stadium.

Coach Zlatko Dalić made a number of changes to the side which beat Sweden on Sunday, giving starts to Borna Barišić, Domagoj Vida, Milan Badelj, Mario Pašalić and Bruno Petković.

France, who left a number of stars on the bench, dominated possession early on and took a deserved lead in the 8th minute when Griezmann fired home a powerful shot, straight under the bar, following a rebound from seven yards out.

The visitors continued to control possession and it was not until the half an hour mark that Croatia started to show more urgency and got into the match and almost levelled when Pašalić had a chance from close range saved by captain Hugo Lloris.

Croatia had the first chance of the second half when Perišić beat Mendy on the right and fired a teasing ball along the face of the goal but no Croatia player was on hand.

Croatia got back on level terms in the 65th minute when Luka Modrić picked up the ball down the right, squared it back to Josip Brekalo who fed Nikola Vlašić in the box and the CSKA Moscow midfielder made no mistake from just inside to the box to fire past Lloris.

Didier Deschamps brought on Paul Pogba with 15 minutes remaining and immediately he nearly socred but Domagoj Livaković would save with his foot.

Minutes later and it was Pogba who would play a hand in France’s second goal when his long ball was steered into the centre by Digne for Mbappe to tap home past Livaković.

Croatia’s came closest to equalising through Mateo Kovačić in the 85th minute and Andrej Kramarić in the 90th minute but their shots were well saved by Lloris.

Croatia’s next match is against Sweden away on 14 November.